Lausitzring DTM round could root out Portimao "one-hit wonders" - Auer

The DTM paid its first visit to the Portuguese track for its season-opener last month, with HTP Winward driver Auer taking the first win of the season after poleman Mirko Bortolotti's Grasser Lamborghini stuttered away from a restart.

Auer then retired from race two due to a defective wheelgun that meant his wheel wasn't mounted properly, as Team Rosberg Audi driver Nico Muller scored his first win of the DTM's GT3 era following a difficult 2021.

At a Lausitzring circuit where DTM teams have far greater experience to fall back on when setting up their cars, even with the banked Turn 1 layout returning after its first use in 2021, Auer believes a more representative picture will emerge as the series returns to Germany.

"I think you will see straight away who can perform again on a similarly high level as in Portimao, who just had a good set-up or due to a lot of testing in Portimao, who was a one-hit wonder," said Auer, a three-time DTM winner at Lausitzring in the past.

"At Lausitzring everybody, especially most of DTM teams and drivers, knows this track inside out and it should be clear who can deliver again.

"I hope I won’t be a one-hit wonder like I just said!"

Auer's Mercedes stablemate Maro Engel told Autosport that he believes it will take longer for a picture to form.

"I think we’ll only find out with more rounds, not just Lausitz but more rounds to see who is the real key players will be for the season," said the DTM returnee, who was demoted from fourth to 10th in race one at Portimao by a five-second penalty for a pitstop infringement.

"Clearly in Portimao we had a first picture, but I’m sure there’s others that didn’t have a perfect weekend in Portimao that will come through.

"I think a lot of the guys we saw in Portimao will certainly be there but there will be others as well."

However two-time DTM runner-up Muller believes that "there will not really be a clear running order during the whole season" and anticipates different teams and manufacturers will come to the fore depending on the characteristics of each circuit.

"I would be surprised honestly if you will see the same five or six cars in the top 10 every race weekend," said the Swiss, who won race two from pole in Portugal after a puncture forced his retirement from race one.

"I think you will have days, even if you are one of the best drivers and teams out there where you will struggle to even score points because the field is so competitive, the performance level can shift quite a lot weekend-to-weekend.

"The physics of the cars are so different so it’s who suits the track best I would say," said the Aston Martin factory driver.

"It’s going to be a roulette every single weekend." 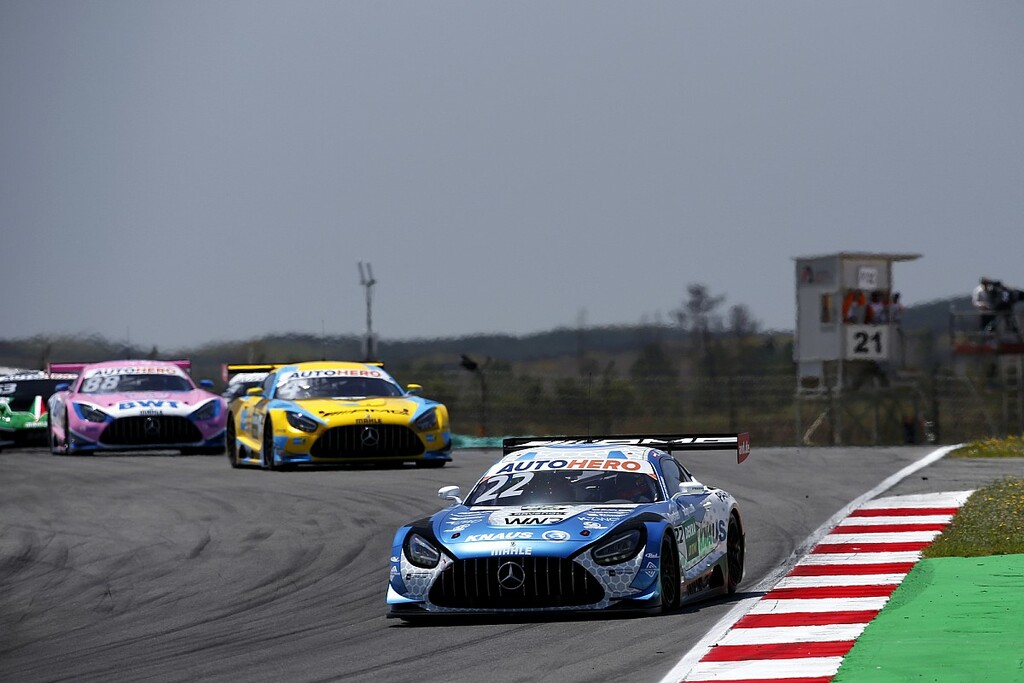 Motorsport
One subscription that gives you access to news from hundreds of sites
2022 DTM Lausitzring: Start time, how to watch and more

Rounds three and four of the 2022 DTM season will be staged at the Lausitzring this weekend on 21-22 May,…