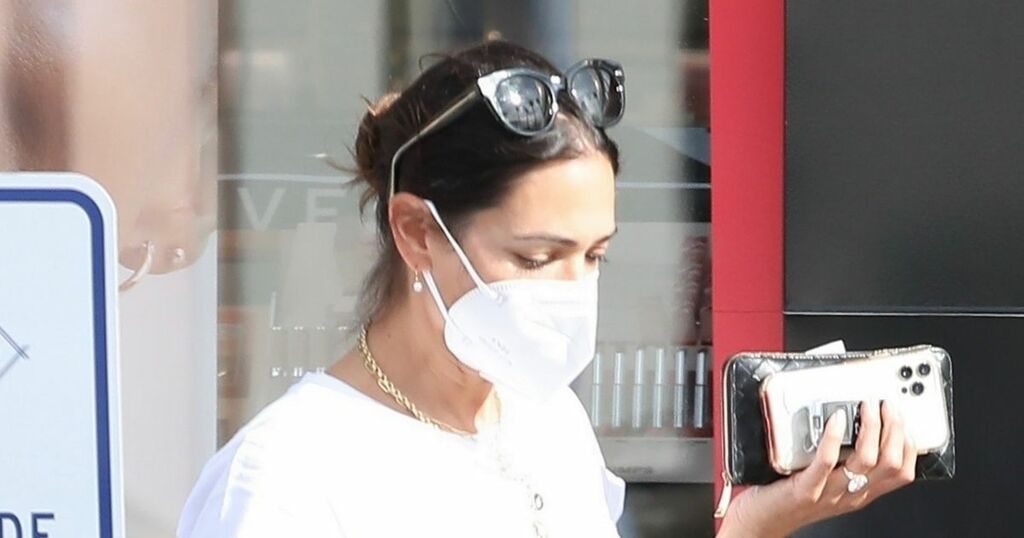 The 44-year-old beauty said 'yes' to her new fiancé Simon Cowell after the music mogul, 62, popped the question during a family trip to Barbados.

The mum-of-two ran errands stateside as she donned a casual look, strolling about in a plain white t-shirt, light blue jeans and black boots.

She also wore a mandatory face mask and had her sunglasses perched on top of her head.

But it was the blingy ring that really caught the eye as she clutched her purse and mobile phone in her left hand, leaving the new diamond addition in full sight.

Simon had previously branded marriage "boring", but a new report suggests that Lauren urged him during lockdown to commit to the family life and "prioritise the present".

A source also told The Sun Lauren was shocked by Simon's actions, saying: "Lauren was absolutely stunned and never in a million years expected Simon to pop the question. She burst into tears - happy tears - and obviously said yes straight away.

"Lauren has been Simon’s rock over these past few years - supporting him when he broke his back, and through thick and thin generally. They make a wonderful couple.

"Whilst Simon never thought he was the marrying type, he’s realised he’s met the woman of his dreams - and couldn’t be happier. In the words of Beyoncé, it was time to put a ring on it."

The Britain's Got Talent star, 50, spoke about the event on her Heart Breakfast radio show on Wednesday morning.

Asked what she knows about the unexpected engagement by her co-star Jamie Theakston, Amanda laughed: "I have to say, I'm probably as shocked as Lauren!"

Showbiz reporter Ashley Roberts added: "Because Simon said he would never get married?"

Amanda replied: "Simon said he would never get married, and obviously Lauren has been by his side and you now they've been through so much together, and I think she's the one, but I don't know if she ever thought he would put a ring on it!"

Lauren and Simon's love story started in 2013, while she was still married to her ex Andrew Silverman, who was a close friend of Simon's.

Since Simon welcomed Eric with Lauren in 2014 they have been inseparable and she managed to put an end to his famous bachelor antics.

It had been rumoured that Simon had an expensive engagement ring locked in his safe for Lauren after she had her eye on the rock but had never asked her to marry him - until now.