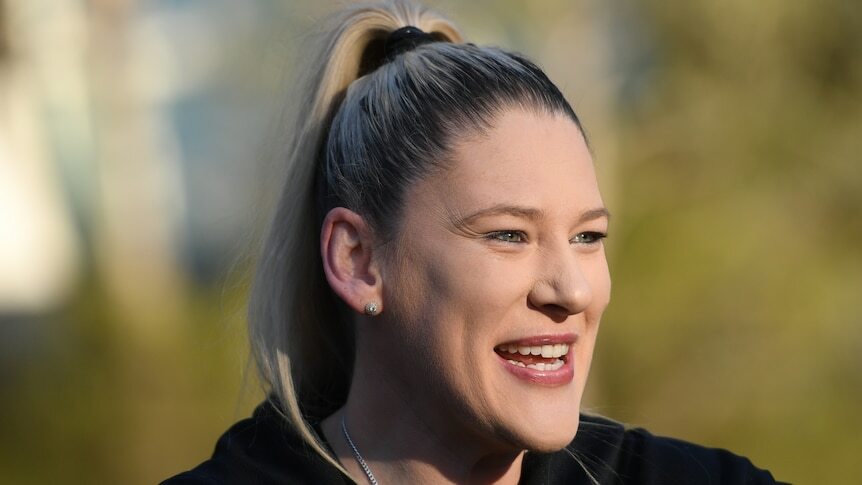 Australian great Lauren Jackson says being enshrined in the revered Naismith Memorial Basketball Hall of Fame is an honour she will "cherish" for the rest of her life.

Jackson is the first Australian player to be inducted into the US-based Hall of Fame, joining countryman Lindsay Gaze, who was added in 2015 for his coaching achievements.

Border and lockdown restrictions meant Jackson, who was announced as a 2021 inductee back in May, could not attend the enshrinement ceremony in Springfield, Massachusetts.

But she sent a message via video link from Australia, highlighting how honoured she was to be joining the Hall of Fame.

"It was my dream to one day make the Naismith and be recognised alongside such an illustrious group of basketball people," Jackson said in her speech.

Jackson was recognised for her achievements in the WNBA with the Seattle Storm, which included winning two championships (2004 and 2010) and being named league MVP on three occasions (2003, 2007, 2010).

She was also a seven-time WNBA All-Star during her stint with the Storm, which began when she was the overall number-one pick in the 2001 draft.

Jackson's induction was also recognition for her international career with Australia's national team, the Opals, with whom she won the 2006 world championship and four Olympic medals.

She also enjoyed an illustrious career in the WNBL with the Canberra Capitals and the AIS, winning several championships.

Jackson paid tribute to the support she received from her club and national teams.

"They gave me an opportunity to have this platform and to play the game that I love," she said.

"It is so rare in professional sport."

Jackson thanked the fans she encountered during her career, both in Australia and overseas.

"Women's basketball is such a beautiful sport and we are so lucky to have your support," she said.