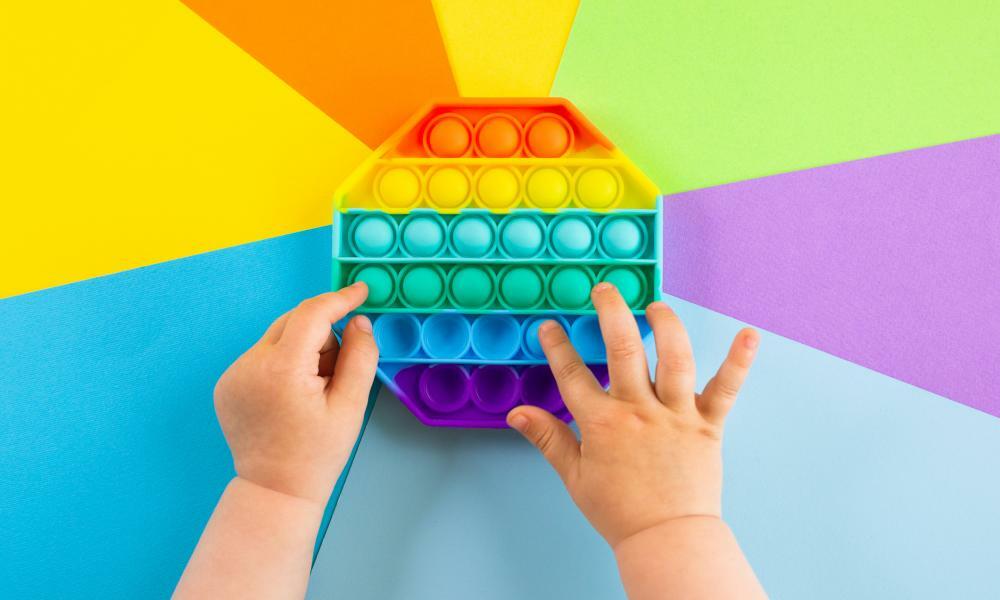 Once you pop you can’t stop, it seems, with Britons increasingly hooked on fidget toys that mimic the joy of popping bubble wrap over and over again.

Retailers have shifted 5m pop its or fidget poppers since stores reopened in April, confirming the toy as the biggest craze since fidget spinners swept through the playground in 2017 and one that is likely to run until Christmas.

Gary Grant, the founder and executive chairman of the high street toy chain The Entertainer, said its stores had sold 1m of the toys, which are covered in small bumps that make a popping sound when pressed.

“Every couple of years something big comes along and at the moment that thing is fidget poppers,” said Grant of the toys, which come in all shapes and sizes – from standard squares to rainbows, unicorns and Baby Yodas and can even be scented. “I’ve sold a million of them but the market could be as high as 5m.”

Against the backdrop of the pandemic some put the success of pop its down to their stress-busting properties, with children and adults saying they help them focus and manage emotions.

The trend has been amplified by social media sites such as TikTok, where clips of pop its have attracted billions of views. Their appeal has also been heightened by schools banning them from classrooms where they have been traditionally used as aids by neurodiverse children.

Frédérique Tutt, a global industry analyst at the market researchers NPD, said the influence of social media meant pop its were a global rather than local phenomenon “because all the kids are watching the same Instagram, TikTok and Snapchat videos”.

Tutt describes them as the latest iteration in the growing field of ASMR (autonomous sensory meridian response) toys, which crudely put produce a weird sensation that feels good. “It’s something different for everyone,” she says. “Maybe you like to squish or run your hand through sand. It is the satisfaction you get from a repetitive action that tends to lower your stress level.”

The premise of pop its is simple: kids press the bubbles, hear a pop, and, when they have all been pushed in, flip the toy over and start again. Made out of silicone rubber they can be used for a two-player game or just to see who can pop the fastest.

No toy brand dominates the market but the idea is said to be that of games designers Theo and Ora Coster, who are credited with nearly 200 inventions including Guess Who. The design came to Ora in a dream around the time of her sister’s death from breast cancer, according to a BBC interview with their son. Afterwards she asked her husband to create a “carpet of nipples you can press from one side to the other”.

However, the climate emergency means the enjoyment of popping is tempered by awareness of the potential environmental cost. A BBC Newsround online debate revealed mixed feelings. “I love pop its the’re [sic] so relaxing and good for anxiety i have 84 !!!,” said one respondent while another was more concerned they might be “quite damaging to our planet”.

Pop its are a bright spot in a toy market that is battling shortages in the run-up to the key Christmas period as a result of coronavirus-related production and transport delays. To keep its shelves full The Entertainer is bringing in 70 containers from China on a charter boat but is having to pay $19,000 a container compared with a pre-Covid rate of $1,500.

Tutt said the disruption was going to lead to higher prices and hit toys selling out, and urged people to think about starting their shopping earlier than usual: “People need to shop early if they know what toys the children in their lives want this Christmas.”