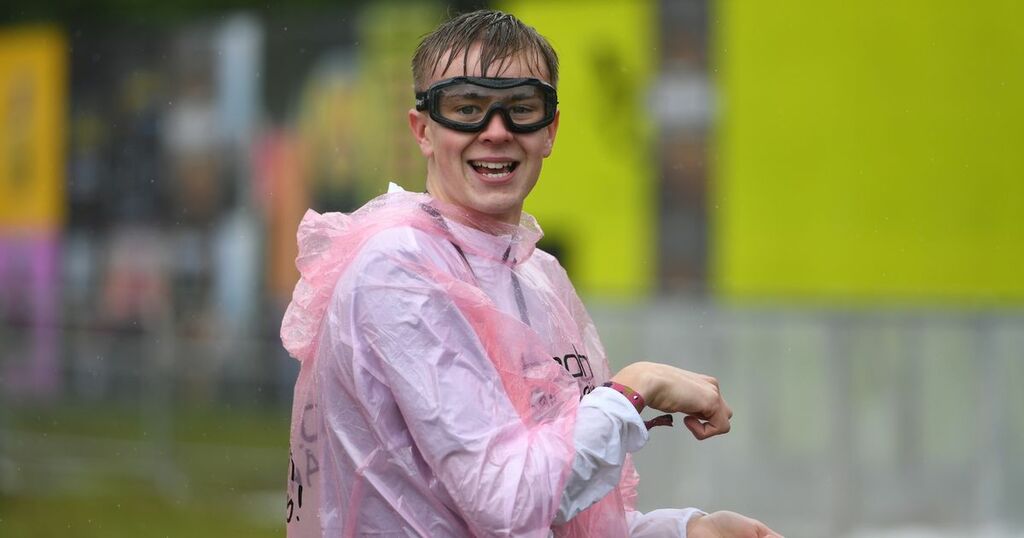 Parklife festival-goers have been pointing out the cruel irony of Manchester's weather, after three days of glorious sunshine abruptly came to an end just before the festival begins.

The region faced thunderstorms and downpours yesterday, with showers forecast this afternoon too.

But while things do look fairly dry over the weekend, the return of the grey skies has sent ticket-holders into a spin.

The massive festival at Heaton Park, which will take place on September 11 and 12, will have headline performances from the likes of Skepta, Megan Thee Stallion and Disclosure.

It's moved to new dates this year due to the pandemic, shifting from its usual June weekend to early autumn instead.

Although Parklife has had some beautiful weather in previous years, most of us remember the years of dancing in the mud and standing in plastic ponchos.

Twitter users have been noting the familiar wet weather for the event, with one user saying : "Parklife weekend weather is cursed I swear. Every year."

Someone else said : "Yet again, the weather is not collaborating with the outfit I’ve planned for parklife this weekend. This seems to happen every year, and I never seem to learn."

Another person tweeted : "Manchester had one job. Don’t rain during the weekend of parklife now look."

One Twitter user quipped : "Honestly Parklife could change their date every year and it’ll still f***ing rain that weekend."

The Met Office isn't predicting blazing sunshine like we've had during the week, but it's not all bad news.

As it stands, there's a 50 per cent chance of rain between 10am and midday on Saturday, which could lead to a damp entrance when gates open at 11am.

But the chance of rain drops to 10 per cent for the rest of the afternoon, then even further to less than 5 per cent chance between 5pm and 11pm.

There might even be sunshine at around 6pm and 7pm, with temperatures hitting 18 degrees in the afternoon.

Temperatures aren't expected to drop below 15 degrees on Saturday.

It's a similar story on Sunday, with an overcast but mostly dry day and highs of 18 degrees.

There's a 10 per cent chance of rain all day on Sunday, so definitely pack the ponchos just in case.