Lateral flow test rules on reporting, self isolation and faint lines in Scotland 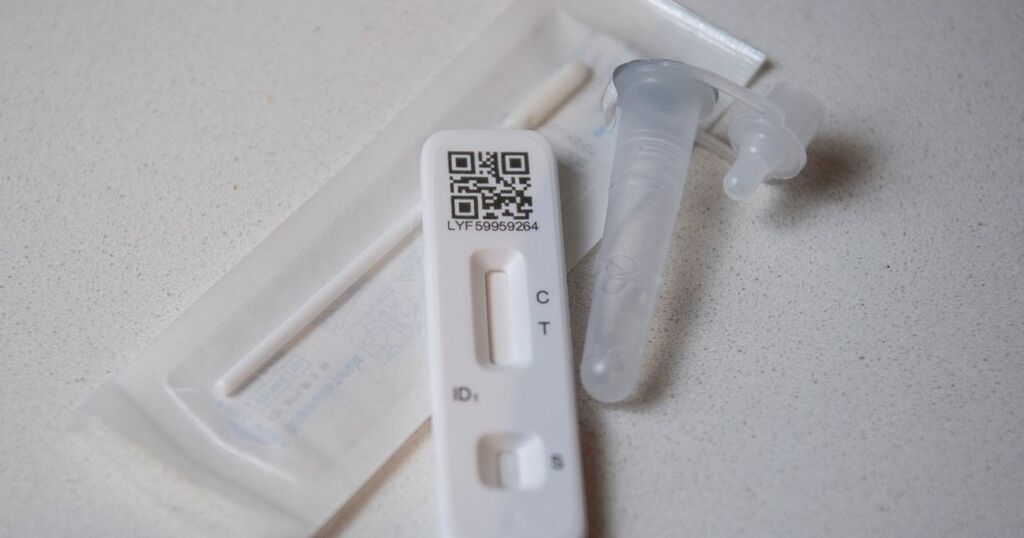 Lateral flow tests have become a key component in Scotland’s response to the recent surge in Covid cases due to the Omicron variant.

Nicola Sturgeon has continuously urged Scots to take one of the rapid tests before socialising with others since the run up to Christmas last month.

The rules on testing and isolation have also been changed in the last week, which gives a positive lateral flow test more meaning than previously.

Scots are able to secure packages of lateral flow devices free of charge on the NHS as we continue to work our way through the health crisis.

Here is everything you need to know about lateral flow tests and what you should do when you use one.

Should I report a lateral flow test?

NHS Scotland say that your lateral flow test result is not complete until you report your result online or by the phone - regardless of whether or not it is positive.

Officials say that reporting every result you receive helps give a better picture of the level of Covid in the community.

Reporting a positive test is especially important so NHS Test and Protect can identify anyone you may have been in close contact with when you were infectious.

Once you have reported your result, you will receive a result confirmation.

You should report results of every lateral flow test and as soon as possible after you get the result.

Scots can report their lateral flow tests on the UK Government website here.

Period of self-isolation for positive cases

Scots should start their period of isolation from when their symptoms first started or from the date of their positive test if they are asymptomatic.

If asymptomatic people go on to develop symptoms over the quarantine window then they are not required to restart their isolation period.

Fully vaccinated Scots (who have had three doses) can leave their isolation period from day seven under the new rules, which came into force last week.

In order to do this, they must test negative on two lateral flow tests - which should be taken from day six onwards and at least 24 hours apart.

If you continue to test positive on lateral flows beyond the maximum 10 days, then you are allowed to leave the house for any activities or work purposes as normal - provided that you are well and do not have a high temperature.

NHS Scotland say that Scots are “very unlikely” to infect others beyond the 10th day of illness.

What are the other testing and isolation rules?

Triple vaccinated close contacts of those who test positive for the virus, both household and non-household, do not need to isolate as long as they return a negative lateral flow test result each day for seven consecutive days and remain free of a fever.

Any close contact that has not had three jabs will have to self-isolate for 10 days and take a PCR test during this time.

Anyone who tests positive on a lateral flow device does not have to take a confirmatory PCR test afterwards.

The positive lateral flow result should be reported online as soon as the test is done, to ensure that all contacts are identified.

What does a faint line on my lateral flow test mean?

A positive test on a lateral flow test counts when a positive line appears within the time window - no matter how faint the line is.

Anything that appears outside of this window does not count as a positive test.

One doctor said that the appearance if the line may have been caused by a very weak contaminant, such as food or drinks.

London based medical professional Nathan, who posts under @expedition_doctor on Instagram, explained: “Essentially, if any line appears before the end of the interpretation window (check leaflet, usually this is 30 minutes), then this is a positive test and you must self-isolate and book a PCR.

“However, if a line appears after the interpretation window then this does not count as a positive test.”

He added: “If a faintly positive line appears after the time window, the most likely cause ie either that there has been some contamination, or there are just incredibly low levels of the virus.

“If it is the latter, and obviously assuming you are asymptomatic at this point, then you are very unlikely to be a transmission risk anyways, and so it is of little significance.”