The black and white security camera footage is clear enough to make out a hooded figure on a tree-lined Sydney street. The person is energetically hurling -- almost like a baseball pitcher -- something at a house just before 2 a.m. on July 12.

Daylight reveals that the A$19 million ($13 million) harborside home of Qantas Airways Ltd. Chief Executive Officer Alan Joyce has been pelted with eggs and toilet paper.

Lauded just over a year ago for bringing Australia’s iconic airline through the pandemic stronger than ever, Joyce has been knocked from his pedestal by its aftermath. The challenges of restarting travel are overwhelming Qantas and threatening to tarnish the legacy of one of aviation’s longest-serving and highest-profile leaders.

A combination of staff shortages and flight delays has given Qantas the title of Australia’s least-reliable carrier, with the prank on his home just the tip of a wave of vitriol -- much of it targeted at Joyce -- that’s intensifying with every canceled route and lost suitcase.

Emboldened by the public anger, some of Joyce’s oldest foes in Australia’s union movement sense they might finally have their man.

It’s a stunning reversal for Joyce, 56, who won the devotion of shareholders by resurrecting Qantas twice in less than a decade through a series of ruthless job and spending cuts. He’s perhaps the nearest thing in Australia to a celebrity CEO.

None of that seems to matter to passengers who’ve endured hours-long check-in queues, especially during peak holiday periods, or slept rough at foreign airports after flight delays. Qantas canceled 8.1% of domestic services in June, the latest available government data show. Some luggage has gone missing for weeks.

While airlines all over the world are struggling with the post-pandemic recovery, Qantas is in a somewhat unique position. The intensity of the revival in travel demand seems to have taken it by surprise, with Australians barred by the government from traveling overseas for almost two years now lining up to leave, and pandemic restrictions on traveling within the vast continent also scrapped.

Qantas’s dominance of the local market -- it carries about 65% of domestic passengers -- and Australians’ affinity for their national carrier, which calls itself “The Spirit of Australia,” have made the cancelations and delays all the harder to stomach for disgruntled customers. They expect their loyalty to be rewarded with reliable service.

The antagonism aimed at Joyce also has a uniquely Australian flavor. He’s wealthy, openly gay and Irish, all attributes that make him a target to certain elements of the population. On Twitter these days, his surname is a byword for a journey that’s gone awry.

“The reputational damage is enormous,” said Natalie McKenna, a lecturer in strategic communication at La Trobe University in Melbourne. “Many Australians are of the opinion that Alan Joyce should move on.”

Qantas survived the pandemic thanks in part to the elimination of more than 8,000 jobs and a A$15 billion cost-slashing program. Those cuts provide ammunition to critics who argue that Joyce has gutted Qantas so comprehensively it can’t function now that demand has returned.

In a note to staff on Wednesday, Joyce said Qantas would return to pre-Covid standards “over the next couple of months.” The airline has hired more than 1,500 workers since April, most of them in operational roles. With sick leave 50% higher than normal, Qantas is also cutting its domestic schedule, he said.

A spokesman for the airline said Joyce wouldn’t comment on the criticism, and pointed to the backing of Qantas Chairman Richard Goyder. “Alan is a superb CEO,” Goyder said last month. “To come through the way we have financially is quite remarkable and a credit to his leadership.”

Whatever Goyder’s assessment, the airline’s outsourcing of about 2,000 ground handlers in 2020 has come back to bite Joyce in particular. A court subsequently found the move was illegal, making it easy for opponents to blame the current operational dysfunction on the unlawful sackings.

While Qantas is appealing the ruling, a ground-crew shortage persists. The airline is so desperate for baggage handlers it’s sending head office staff to lug suitcases full time at Sydney and Melbourne airports for the next three months, according to an internal appeal to managers.

Tony Sheldon, a former Transport Workers’ Union head who’s now an Australian government Senator, said Qantas’s performance has become a drag on the economy and Joyce should step down immediately. “Things have to change and someone has to be held to account,” Sheldon said in an interview. “Qantas’ reputation has been Joyced.”

In a rare snub from the financial community, Citigroup Inc. analyst Samuel Seow last week cut his rating on Qantas to sell, citing the cost of fixing the ongoing labor and flight issues.

Seow estimated Qantas is cancelling 8% of its flights, quadruple the rate of US airlines and higher than the 6% at Australian peers. Some 46% of Qantas flights are also delayed, more than double the figure in the US and worse than the 38% among Australian airlines, he said. Qantas will need to spend more on staffing and pare back schedules, Seow said.

Still, for now Joyce still has a key constituency on side: Qantas’s investors. Shares in the airline -- known globally for its stellar safety record -- have more than doubled from lows reached at the start of the pandemic, when air travel was effectively paralyzed. The stock should deliver a further 32% return in the next 12 months, based on the forecasts of analysts tracked by Bloomberg.

“Shareholders are probably happier than customers at the moment,” said Sean Fenton, founder and managing director at Sage Capital in Sydney, which oversees more than A$700 million of assets including Qantas stock. “If Alan suddenly left you’d get a pretty negative reaction in the share price. He’s added a lot of value over the years.”

As long as Joyce is delivering profits, he’s unlikely to come under pressure to quit, Fenton said. Qantas has said it expects to return to an underlying profit in the year ending June 2023.

Nor is Joyce known for bowing to criticism. In 2011, he grounded Qantas’s entire fleet worldwide to tackle a labor dispute at home, a decision that left 80,000 passengers stranded and one that still rankles union opponents. In 2017, Joyce had a pie thrust in his face during a speech in Perth because of his support for Australia’s campaign to legalize same-sex marriage.

Joyce’s record means there’s a line of people that might have motive to vandalize his house, but a police investigation has failed to find the culprit. “The case will remain closed unless further information is provided,” the police said in a statement. At Joyce’s waterside residence, from where the Sydney Harbour Bridge peeks over the horizon, there’s now little evidence of the night-time egg and toilet paper attack.

But even the Australian Shareholders’ Association, a retail investors group not known for pushy activism, wants Qantas directors to start talking about life after Joyce at the airline’s annual meeting on Nov. 4.

“We would be asking those questions: What is your succession plan?” Rachel Waterhouse, the association’s CEO, said in an interview. “That’s a challenge when the CEO has been there for a long time.” 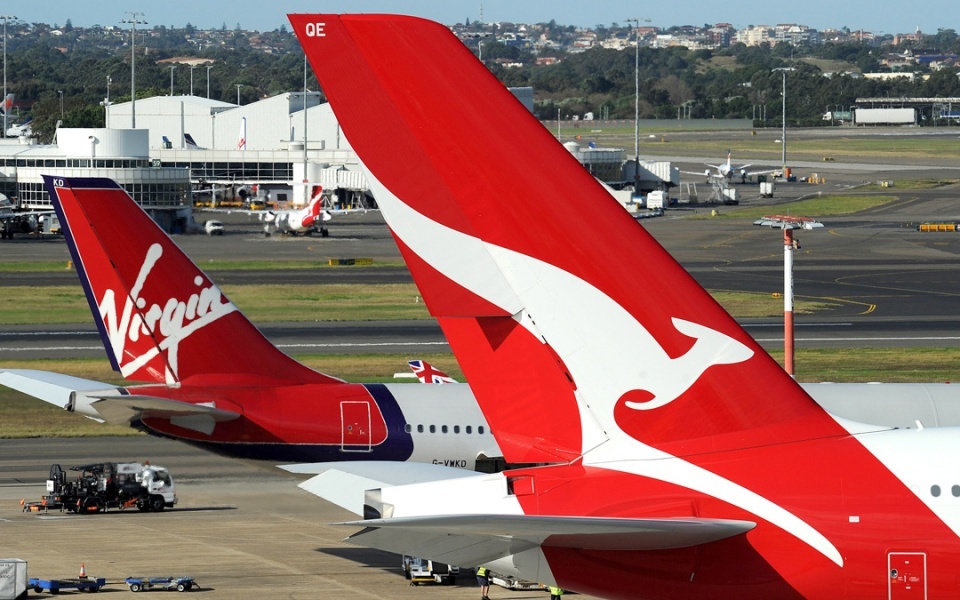 The New Daily
From analysis to the latest developments in health, read the most diverse news in one place.
Heathrow airport says passenger cap has eased travel chaos

Heathrow Airport has stated that the restriction on large number of passengers inside airport, has helped the authorities in managing…

Livemint
One place to find news on any topic, from hundreds of sites.
How not to lose your airline bags amid 'airmageddon'

Air travel is facing a new crisis of delays, cancellations, and lost or delayed baggage. What should you know before…