'Last of Us Factions' release date, trailer, and news for the multiplayer game 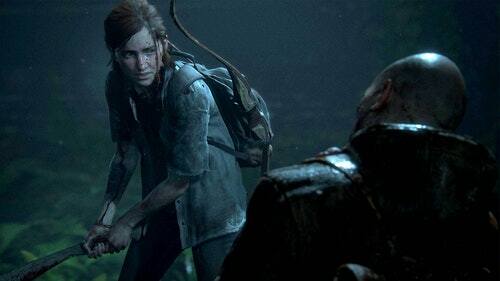 Developer Naughty Dog has been hiring for its upcoming multiplayer action game, which is presumed to be tied to The Last of Us.

While the game hasn’t been officially unveiled just yet, we do know Naughty Dog has been working on it since as early as 2019, alongside the development of The Last of Us Part II. Even though it hasn’t been announced in an official manner, we’ve gathered as much information as possible about the upcoming release.

Here’s what we know about The Last of Us Factions standalone multiplayer game.

When is The Last of Us Factions release date?

The game doesn’t have a release date or window yet, but there are a couple things we can infer. First off, Naughty Dog confirmed the game’s existence back on on September 26, 2019 via Twitter.

“We are as big a fan of Factions as the rest of our community and are excited to share more when it’s ready,” the tweet reads.

Considering it was first mentioned in 2019, it’s possible the standalone multiplayer game could be ready by 2022 or 2023. Typically, Naughty Dog takes its time with developing games, and this one seems to be a massive, sprawling narrative adventure, so it might be a while before it launches.

The other important thing to note is that Naughty Dog is still “aggressively” hiring for this project, lending credence to a lengthy development cycle.

Is there a The Last of Us Factions trailer?

There isn’t a trailer for the upcoming multiplayer adventure, sadly. We were expecting to see one during the 2021 PlayStation Showcase, but it did not make an appearance.

What do we know about The Last of Us Factions?

Based on job descriptions for the project, we know it will feature “combat encounter objectives and dynamic events,” as shown on an open Systems Designer position. The tweet from Naughty Dog also made mention that “the vision of the team grew beyond an additional mode,” so it’s likely this will be a substantial offering, possibly larger in scope than the original Factions from the first game.

In August 2021, Video Games Chronicle dug up footage from content creator Speclizer that suggested the game might have a battle royale mode, which would certainly make sense given the landscape of multiplayer offerings these days. This has yet to be confirmed.

Hermen Hulst, Head of PlayStation Studios said multiplayer games would be a focus for the company, and added “Who says that multiplayer experience cannot have great stories, right?”

With that in mind, it seems like this upcoming The Last of Us multiplayer game will be more than just a battle with your friends. It will seemingly feature a heavy emphasis on narrative that will work in tandem with the action gameplay.

It’s possible the standalone multiplayer game will continue the story from the Last of Us Part II, which opened the doors for a sequel of some kind — though, we likely weren’t expecting it to take place during a multiplayer adventure.