'Larger than life' dad of five, 35, dies suddenly on holiday 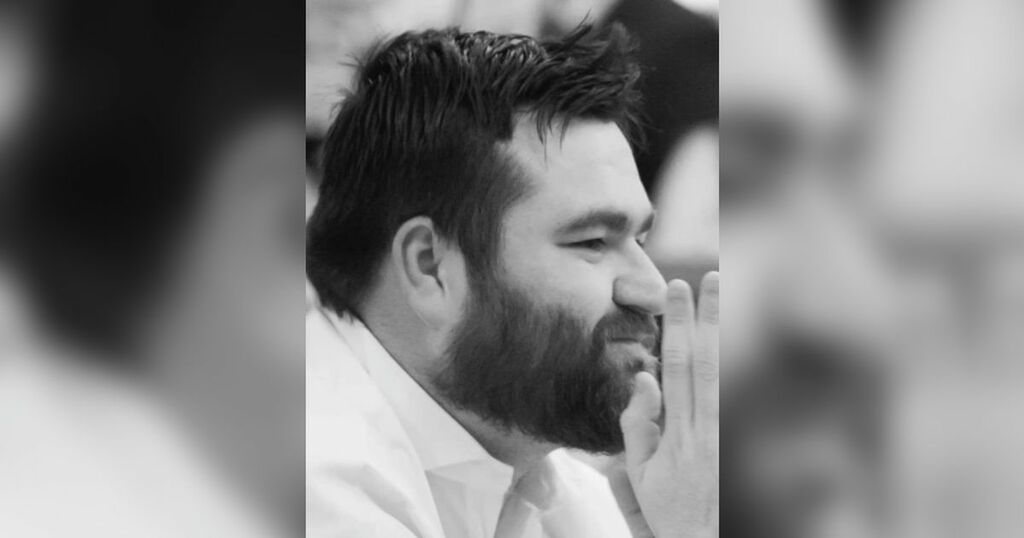 A popular dad-of-five died suddenly on holiday after collapsing in a caravan he was sharing with his wife and kids.

Jeff Dunning, 35, from Ellesmere Port, was on a family holiday at Robin Hood Centre in Rhyl with his "childhood sweetheart" wife Vicki and their five children aged between 9 months and 15 years on August 20 when tragedy struck.

The family had been visiting the caravan site as a break away after Jeff's mum Joyce Cross died following a battle with cancer.

Joyce had recently bought the caravan but had never had a chance to visit, and Jeff had written her eulogy ahead of her funeral.

According to friends and family who paid tribute to the "large than life" dad who was a "legend" in his home town of Ellesmere Port, Jeff had been for a morning walk and had returned to the caravan and collapsed mid-conversation.

Despite the best efforts of his wife to revive him while waiting for an air ambulance to arrive, Jeff died, leaving behind his "devastated" family.

Family friend Abigail Ackroyd, who set up a GoFundMe to help with the costs of Jeff's funeral, told the ECHO: "Jeff's mum had been unwell with cancer so she was in the last few months of her life and then she passed away.

"Jeff and his family, his wife and five children were all grieving that loss but then Joyce, Jeff's mum, had a caravan in the Robin Hood Centre that she'd never been able to go to as she was too poorly.

"So they decided as a family to visit while waiting for the funeral to have some family time.

"They went down on the Monday and by the Friday morning there were no signs of him being unwell and he'd got up, made some breakfast, went for a walk, spoke to some people on the site and went back to the caravan.

"He was talking to his wife mid-conversation when it happened.

"His wife was there for half an hour trying to save him before the air ambulance came and they tried absolutely everything but she already knew that he had gone.

"It's just so terribly sad, I can't even believe it when I say it.

Abbey says Jeff was "like a brother" to her husband and the close friends had all known each other since high school, where Jeff met his wife, Vicki, who he was "devoted" to.

She said: "They were like childhood sweethearts, Jeff adored Vicki.

"He was also a much loved father, devoted to his children and absolutely idolised by them. No words could express how much of a beloved family man he was.

Abbey added: "I can't even put it into words what a lovely person he was.

"Everybody knew Jeff, he'd talk to anyone, he loved a party and was really down to earth and larger than life, an Ellesmere Port legend."

Jeff's cousin Dan Watson also paid tribute to the "massive Chester FC fan" who was "the most popular person I ever knew."

Dan said: "When he was in the pub on a Friday night, he'd always have loads of people around him, laughing away.

"He was such a well liked guy and very much a family man."

Dan said that although Jeff didn't make it to his mum Joyce's funeral, his "beautiful" tribute was read out, while all of Jeff's friends attended to show their support for the family.

Dan said: "He passed a few days before his mum's funeral and they were very close.

"He'd written some lovely stuff about his mum, a beautiful tribute and I read it out for him.

"We were blown away by the amount of friends who came because he couldn't, he's got such a good group of friends."

At Jeff's funeral, which is taking place next Wednesday, people will be wearing blue and white - the colours of his beloved football team.

Dan said: "He was such a massive Chester FC fan and the funeral will be all blue and white themed in the club colours and the people carrying his coffin will all wear Chester FC football shirts.

"It will be a celebration of his life and some of his friends and family are going before the funeral to get a tattoo which is a silhouette of our Jeffro, as he was called.

"He had a trademark look, with his beard and hair and that is how he will be remembered and commemorated.

"He's going to be missed by so many people."

People can contribute to the fundraiser for Jeff's funeral here.