Lapid to VP Harris: you're one of Israel's best friends in Washington 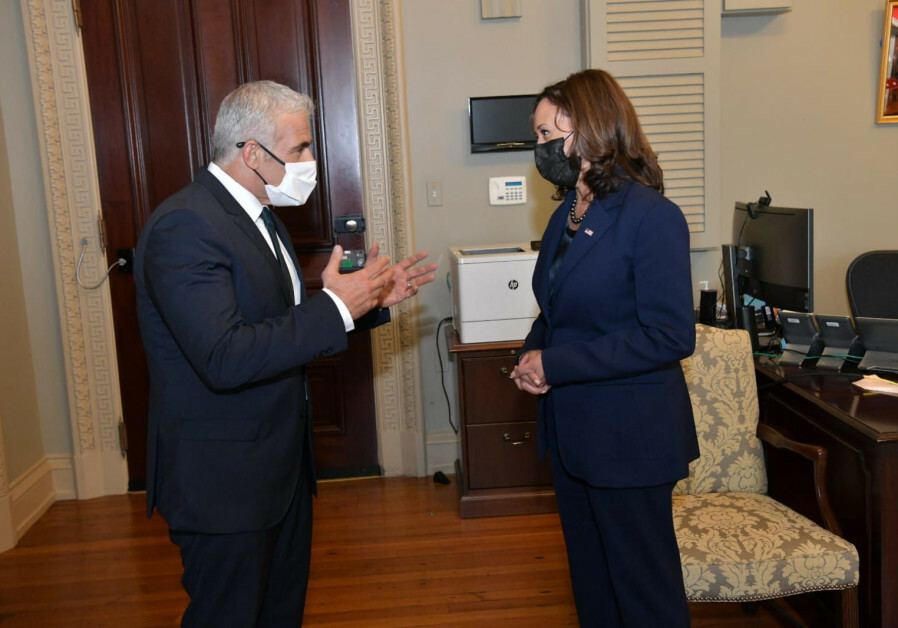 Foreign Minister Yair Lapid told US Vice President Kamala Harris that she was one of Israel's "best friends" in Washington, just weeks after she failed to push back at a university student who accused Israel of ethnic genocide against the Palestinians.

"I am happy to be here with one of the best friends Israel has in Washington," Lapid told Harris when he met with her late Tuesday afternoon in Washington, as part of his three-day trip to the US capital.

"We can always count on you in a difficult moment," Lapid said, adding that this friendship was based on shared values.

"Even when we have differences, I know that our goal is common to see Israel strong and secure and thriving," he said.

"The dialogue between us is always based on facts. When we met in Israel, it's because you came to see with your own eyes the difficulties and the complexity," Lapid explained.

Harris recalled that the two of them had last met in 2017 when she visited Israel.

She told Lapid that the US was committed to ensuring the "security of the people of Israel."

This is an occasion to reaffirm the strength and the endurance of the ties between the two countries.

"We all believe as you said that the Palestinians are entitled to have a quality of life, an economy and education and hope," Lapid said.

He said that during his visit he planned to focus on three topics, Iran's nuclear program, the Abraham Accords, and US bi-partisan ties to Israel.