Indie rockers Declan Welsh and the Decadent West are gearing up to play their biggest ever headline show in Glasgow's iconic Barrowland Ballroom.

After coming through the hardships of a global pandemic together, the rising Lanarkshire outfit are certainly making up for lost time with the dream gig coinciding with the release of their latest single Mercy .

Declan Welsh and The Decadent West are a band with a focus on intelligent, relatable lyrics, catchy hooks and an electric live show.

A prolific writer, East Kilbride native Welsh and his band (Duncan McBride - guitar, Ben Corlett - bass and Murray Noble - drums) have already released four EPs and one album to critical acclaim, receiving a SAY Award nomination for their debut Cheaply Bought Expensively Sold , as well as BBC Introducing Track of The Week for its opener No Fun .

Being championed by the likes of Jack Saunders, Billy Bragg and Arielle Free, the past three years saw them tour relentlessly to promote the album, with the band already racking up appearances at Glastonbury, Isle of Wight and TRNSMT Festival (UK), Reeperbahn Festival (Germany), Bet Lahem Live (Palestine), Oberkampf Festival (France) and many more.

This, combined with sold out headline shows and support shows with the likes of Twin Atlantic, Echo and The Bunnymen, Squeeze and The Proclaimers has seen the band garner a reputation as “The Future of Scottish Rock Music”.

It was this insightful, introspective, intelligent songwriting attracted the attention of Mercury Prize-winning producer Gianluca Buccaletti who said: "I’ve been waiting a long time to work with a band like DWDW" .

The band described working on their second album with Gianluca as "the best thing we’ve ever done".

Recorded between Glasgow and Los Angeles the album showcases a band on the ascent, with expanded horizons and a renewed hunger.

Speaking of the track, Declan explains: "It’s about how hard it is to chuck habits. Drink, cigarettes, drugs, food, social media, people, relationships - everyone’s been in a situation where they are in a bit of a loop of wanting to walk away from something and getting sucked back in.

"It’s what the song sounded like, not the real lows of that kinda thing but the last remnants of the high, when you are still getting something from it but you’re starting to know you’ve got to give it up sometime soon. The Id and the Superego battling it out and the Id winning for one of the last times."

And the band will celebrate the release of Mercy with a hometown show early next month. Declan added: "We've just locked in a gig at Mo Chara in East Kilbride on Friday October 7th. It will be a stripped back performance alongside Fauves to promote the show and new single. Entry is free and we'll have physical tickets for the Barrowland gig on sale on the night."

Listen to their new track here. 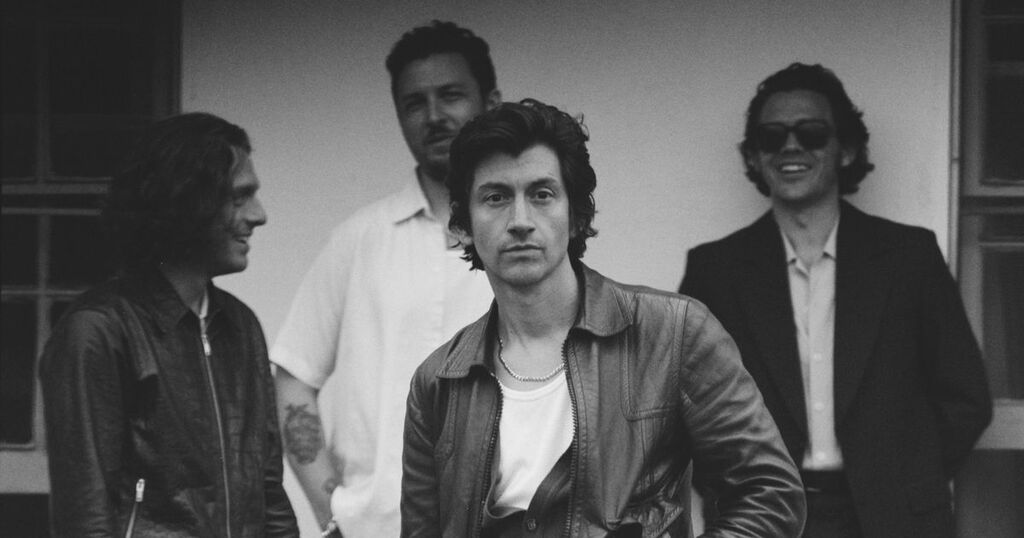 The Arctic Monkeys have announced UK tour dates and Glasgow's on their list as they prepare to release The Car,…

They will play at Ormeau Park on June 28

Belfast Live
George Ezra Glasgow show at Hydro: All you need to know ahead of the gig

Manchester Evening News
One subscription that gives you access to news from hundreds of sites
Arctic Monkeys UK and Ireland tour: How to get tickets