Greenbelt land in South Lanarkshire could be transformed into a motocross park and go-karting track under ambitious new proposals.

AC Land Regeneration has put forward a plan that would see land at Bardykes Bing and the Spittal Burn in Cambuslang turned into a "mixed use development" that would include facilities for both motocross and karting.

An online public consultation for the proposal is expected to be launched next month.

The company's initial plan, put forward to South Lanarkshire Council, states that it intends to create a "mixed use development comprising commercial/leisure/tourism uses, including electric moto park, karting track and associated facilities." on the land, north of Hamilton Road.

Members of Halfway community council told Lanarkshire Live that they wish to find out further information about the initiative before supporting it.

A spokesman for the community council told us : "It looks like it would be on top of the old landfill site there, where a lot of illegal dumping went on over the years.

"There have been mixed views from the community so far, with most saying this not the kind of development that is really needed for the area - schools, doctors, dentists, shops and sports facilities are needed first.

"From our perspective while we recognise facilities and amenities are much needed in this community, there are other higher priorities and while we know the land is private it provides a natural and needed green space separating the two towns of Cambuslang and Blantyre and preserving their identities."

AC Land Regeneration is part of groundworks firm Advance Construction, based in Bellshill.

It says it is hopeful the project could turn the land into something to benefit the entire local community.

A spokesman for AC Land Regeneration said: "We’re looking forward to entering discussions with the local authority to see how we can transform this site into a positive community use."

Two objections to the plan have been noted already. 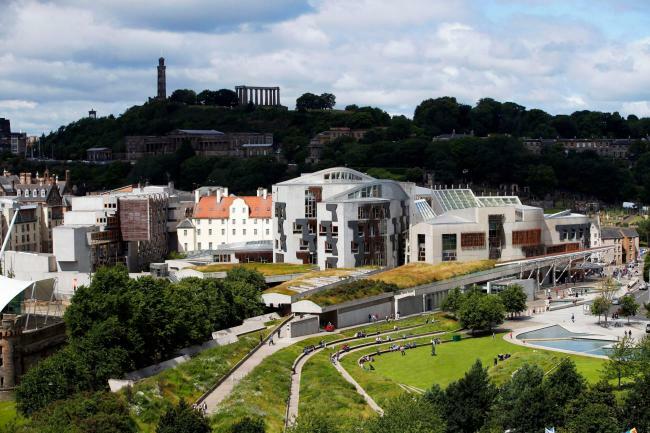 Millions awarded to help transform 10 derelict sites in Scotland
TEN projects that aim to transform derelict and vacant sites are to share more than £5 million.

Insider UK
Plans submitted to knock down much of the historic Corah factory in Leicester for 1,000-plus new homes