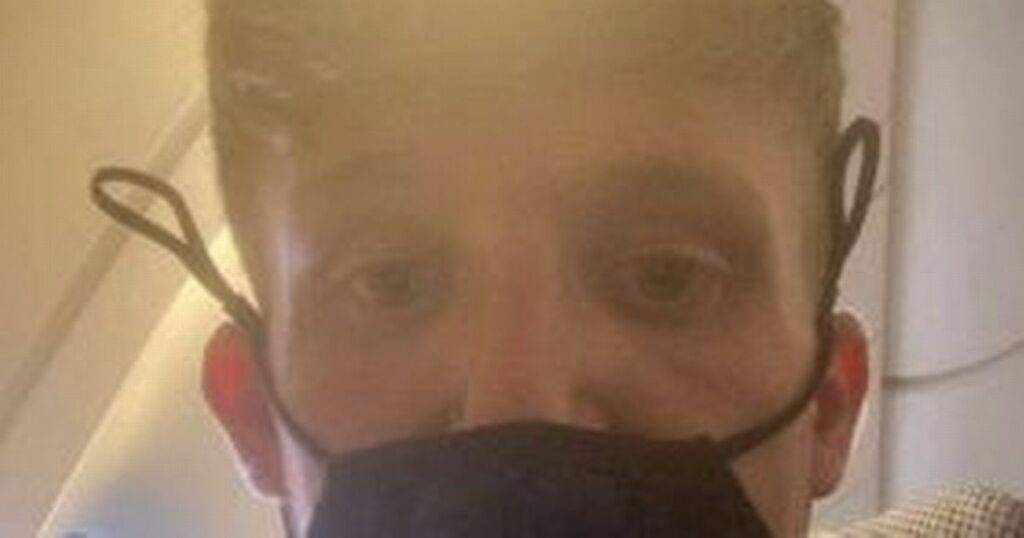 A Lanarkshire family have hit out over a travel shambles after a dream job abroad was nearly scuppered by a missing middle name on a vaccine certificate.

Scott Somerville, from Rutherglen, was due to travel to Hong Kong last weekend to start work there for nine months.

However, after flying from Glasgow to Heathrow the 23-year-old was knocked back from a British Airways flight because his passport has his middle name Matthew on it, while his proof of vaccination certificate does not.

Guidelines on the Scottish Government's website state that a middle name is not required for international travel using a COVID certificate.

Yet Scott was told that guidelines for entering Hong Kong would need the middle name on the form and that he would not be allowed to fly there unless the information was changed.

In a further fiasco, he was also told his PCR test for coronavirus was not considered valid either.

His mum, Paula Ogilvie, told Lanarkshire Live how the situation had quickly become a shambles, warning others to double check their information.

She told us : "It became a nightmare for us.

"When he got to Heathrow he was told that, as his middle name was on the passport but not his COVID certificate, then it wasn't valid.

"His flight went off without him and he was stuck in a hotel trying to arrange another COVID test and trying to phone his doctor to see if the name could be changed.

"He was told it could be several days before that happened although it would be looked at urgently. It was incredibly stressful, because there was already so much he's had to check and this was something we thought would be fine.

"We checked our own passports and my husband didn't have his middle name on it either - there could be a lot of people in this position who'll only find out at the airport that they can't travel."

NHS Scotland's website states: "You do not need your middle name(s) on your vaccination status for international travel."

It does add later on that the requirements of the country you are travelling to should be checked, however, there is no mention of requiring a middle name on your certificate on the Hong Kong government's travel page .

Paula added: "My husband and I travelled to France earlier in the summer and that was fine, so if it's only a requirement for certain countries it could catch people out.

"We'd all triple checked everything for Scott's flight, and he's going there for a job, it's not just a holiday.

"He also had his COVID test at Glasgow Airport, and was told by British Airways that it was not properly accredited either. It's been a shambles, really."

Paula posted about the situation on her Facebook page, and had scores of replies from people saying their COVID certificates did not have any middle names either.

Scott was eventually allowed to fly out on Monday night after a change to his certificate was rushed through , but he had to shell out hundreds of pounds to get his flight changed.

He must now quarantine for three weeks in a hotel in Hong Kong, before starting his new job as an outdoor activities leader.

British Airways said: "We advise customers to check the latest foreign travel advice and requirements on the government website, and to make sure they meet the entry requirements of the country they're visiting before arriving at the airport.

"We also provide information on ba.com and in pre-departure emails to make sure they're fully prepared ahead of their trip."