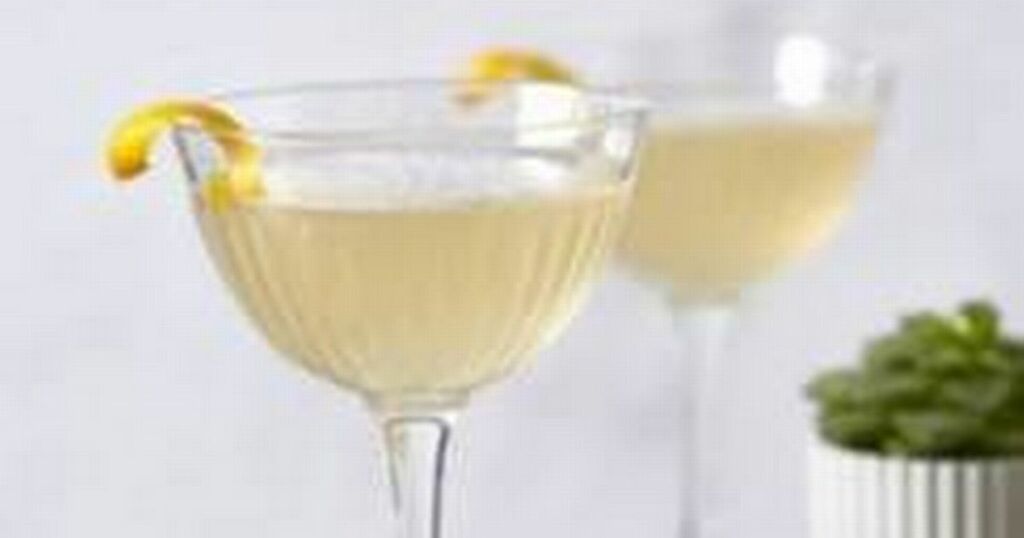 From margaritas to palomas, your tequila-based cocktails can taste just as good without the buzz

Australian Cocktail Month is back, baby. Help our mates in hospo by getting your gob around an exclusive cocktail.

The fresh, fruity gin is good for G&Ts as well as cocktails

This spring cocktail will carry you into summer 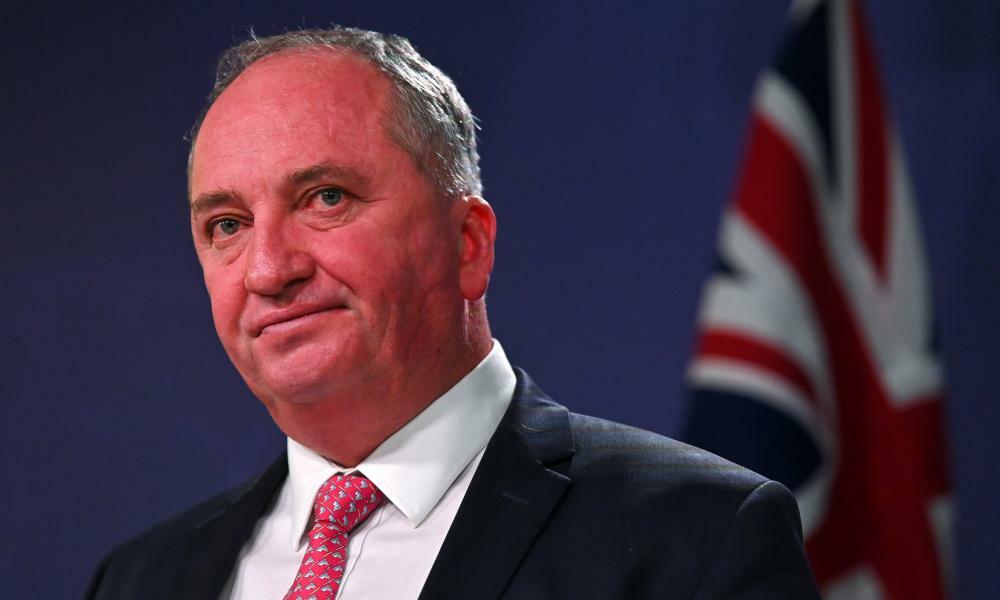 The Guardian - AU
Read news from The Economist, FT, Bloomberg and more, with one subscription
Learn More
Australia federal election 2022 live: PM to appear on A Current Affair; Albanese pressed on Labor costings ahead of Thursday release

The Guardian - AU
From analysis to good news, read the world’s best news in one place
The rise of catchphrase politics: six examples of how policy loses out to soundbites

Refugee advocate Shane Bazzi brought the appeal after being ordered by the federal court in November to pay $35,000 in…

Lanarkshire is emerging as a leader of the pack in the burgeoning Scottish drinks market, as the country’s world-class producers sweep the board at acclaimed awards ceremonies which toast the best in the business.

Many of them are members of regional food group, Lanarkshire Larder, and are go-to destinations on its food and drink trail that takes connoisseurs on an exciting journey around pitstops on the county’s culinary map.

Chairwoman of Lanarkshire Larder, and owner of South Lanarkshire-based Errington Cheese, Selina Cairns, said she was "delighted" the cohort had a variety of small and medium-sized businesses offering an array of fantastic world-class drinks.

She told Lanarkshire Live : “Many of our members are creatively producing small batch drinks that are winning awards throughout the UK.

"Each producer has their own unique selling point which makes them stand out.

“The gin market is continuing to grow and Lanarkshire continues to be one of the key regions in Scotland for award-winning craft distillers.”

Among them is Ellis Gin, proud winner of the Scottish Prestige Awards’ Retailer of the Year crown for the second consecutive year.

The brainchild of Uddingston-based entrepreneur, Carol Jackson, Ellis Gin was launched in October 2018 as the producer of a unique range of small batch, Scottish gin.

On launching, her aim was to bring fun and colour to the vibrant gin market, with two of the company’s gins changing colour when mixer is added.

Ellis Gin, which has received a clutch of awards, includes in its repertoire a pink gin with a mesmerising shimmer, and a refreshingly zesty lemon gin, which is described as ‘sunshine in a glass.’

Move to South Lanarkshire and you’ll discover Pentland Hills Gin, which last week proudly announced that its Firework Winter Warmer Gin has been named the Best in Scotland 2022 by gin lovers’ bible, the International Gin Guide.

Made from the finest ingredients and specially selected botanicals, chief distiller Phil Cox produces gin from the small holding he shares with Tabatha McCree-Cox, by Tarbax, close to Carnwath on the western end of the Pentland hills.

Good things come in small packages, and their gin is no exception. Hand-crafted and produced in limited quantities, it is an expression of the place where it’s made; unique, sustainable, surprising – and, of course, Scottish.

Their gin recipe calls on the flavours of nine homegrown aromatic ingredients and botanicals, including juniper berries, pink peppercorns, angelica, coriander, cardamom and orris root, paired with a subtle infusion of orange, mint and cocoa nibs.

Not far away is the Biggar Gin Company, spawned by brothers Stuart and Euan McVicar, who chose World Cocktail Day 2022 to launch their new Biggar Herbaceous Gin.

The pair are proud of what they call their small batch gin’s ‘Biggar Mentality’ – a philosophy that reflects a passion, ambition, and a mighty taste.

From their home at the foot of the Tinto hills by the South Lanarkshire town of Biggar, the use of local botanicals has inspired the brothers to think big by producing a gin that punches above its weight.

Their Original Recipe Biggar Gin is mellow, with aromatic citrus and a hint of hedgerows, married with gentle spice, notes of lavender and woody cassia. It’s smooth and initially sweet on the palate, followed by an almost creamy juniper and citrus burst.

Back in Strathaven at the starting line of the Lanarkshire Larder food and drink trail are another couple of proud and passionate producers of gin.

Firstly, there’s the Jaunty Camper Gin – a recipe which was developed by wedding and funeral celebrant Yva McKerlich on a campervan road-trip in the spring of 2019 in a copper pot-still by the sea.

The botanicals were chosen for flavour, but also because Yva wanted the gin to taste of adventure, with a grounding in the Scottish seaside village where she was born, coupled with hints of the far-flung places at which she’s marvelled over the years.

The trio of gin essentials are there – juniper, coriander and angelica – and she calls on her herb garden at her Strathaven home for different varieties of coriander, including a fragrant Vietnamese leaf.

Yva includes in her recipe robust, salty Scottish seaweed as a nod to Kyle of Lochalsh, from where her family hails.

It was a mutual love of gin that introduced Yva to Colin McLean, when she signed up for a tasting session of the McLean’s Signature Gin with its kick of rich aniseed which he distilled from a small cupboard in his modest tenement flat in Glasgow’s Battlefield area.

Like Yva, mechanical engineer Colin uprooted from Battlefield to settle in Strathaven, when the pair became reacquainted.

To celebrate their nuptials, Colin and wife Jess made a new gin, which they named Something Blue.

Made with buchu leaf from South Africa and tonka beans from Panama – the destination of the couple’s first holiday together – Something Blue combines for the first time ingredients from opposite sides of the globe.

Something Blue is now among the flagship products of McLean’s Gin, an enterprise that has sold thousands as wedding favours in 5cl labelled bottles.

Proud additions to the McLean's gin family include Classic Citrus, with its notes of rosemary, bay and a pinch of ground black pepper – perfect for the classic G ‘n’ T lover.

Then, there’s striking violet Floral, with a beautiful bouquet of rose, hibiscus and orange blossom, a touch of soft cardamom and a dusting of hand-harvested fennel pollen.

And, to end the seasonal glide through the McLean’s Gin flight, there’s ‘Christmas in a glass.’

To be relished by a roaring fire, McLean’s Spiced Gin has a rich, woody appeal and a smooth finish of cinnamon, clove, pine and ginger.

McLean’s range of premium, artisan spirits – including Strathaven Hedgerow which is crafted with 100 per cent locally-foraged botanicals – sits comfortably alongside The Jaunty Camper behind the bar in The Strathaven Hotel.

To a shaker, add:

Strain into a tall glass

Garnish with lemon or pineapple.

Muddle the leaves and gin in a cocktail shaker

Double strain into a cocktail glass

Garnish with a sage leaf.

Topped up with 100ml of fizz

Garnished with a kumquat (or orange peel)

Serve in a champagne flute

Stir with plenty of ice

Garnish with a pinch of lavender petals and a slice of lemon.

(Colin's top tip: "To make the syrup, gently warm 2:1 sugar:water on the stove until fully dissolved, then add 20g/L of dried lavender flowers and continue to heat for a further 10 minutes to allow the flavour to be extracted by the syrup. Strain through a sieve and keep in the fridge for up to three months.")

It’s unclear who was responsible for creating the first cocktails but, whoever it was, they’ll forever be the toast of connoisseurs the world over.

Ironically, cocktails became especially popular when alcohol was prohibited in the United States from 1920 to 1933.

Speakeasy drinking clubs began to sell inferior spirits because they were easier to produce illicitly.

Then, they started to add honey, fruit juice, and other flavourings to mask the foul taste, enabling customers to drink faster, which was crucial in case of a raid.

The Industrial Age made a major contribution to the evolution of cocktails with the production of ice.

Today, there is a substantive cocktail culture in the art of mixology, which draws on traditional cocktails, but uses novel ingredients and complex flavours.

Ernest Hemingway had a recipe

Author of For Whom the Bell Tolls and A Farewell to Arms, Hemingway invented his cocktail named ‘Absinthe and Champagne’ or ‘Death in The Afternoon.’

The Sourtoe cocktail, which can be found in Yukon, Canada, reputably has a real human toe in it.

Despite the preference of 007 James Bond, Martini cocktails are traditionally stirred, not shaken.

A drink or a drug?

Some cocktails can help heal or ease certain diseases, including the Atomic cocktail, which is said to cure minor fevers, headaches, and depression.

From margaritas to palomas, your tequila-based cocktails can taste just as good without the buzz

Australian Cocktail Month is back, baby. Help our mates in hospo by getting your gob around an exclusive cocktail.

The fresh, fruity gin is good for G&Ts as well as cocktails

This spring cocktail will carry you into summer