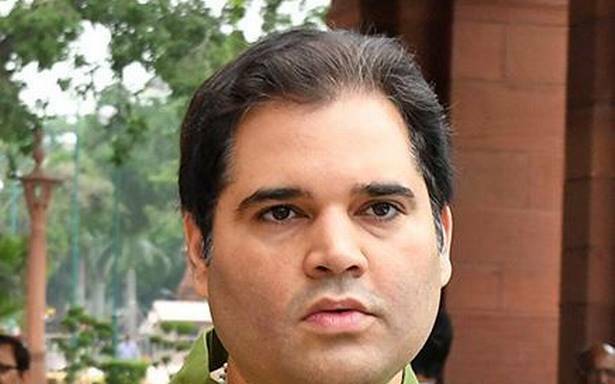 Bharatiya Janata Party (BJP) leader Varun Gandhi became the first ruling party MP to demand that a video that clearly shows protesting farmers in Lakhimpur Kheri being mowed down by a vehicle reportedly that of a BJP leader be taken cognisance of by the police and demanded the arrest of the perpetrators.

In a tweet this morning Mr. Gandhi, MP from Pilibhit, said that the visuals were enough to “shake one’s soul” and that the State police needed to effect arrests of those driving the vehicles and also those inside at the time of the incident.

Mr. Gandhi’s demand comes a day after he wrote to Uttar Pradesh Chief Minister Yogi Adityanath demanding a Central Bureau of Investigation inquiry into the violence in Lakhimpur Kheri which has now left nine people dead. He also asked for compensation of ₹1 crore for families of those who have died. The incident has left the BJP on the backfoot as a First Information Report was lodged against the son of Minister of State for Home Ajay Kumar Mishra who, several witnesses said, was in the car that ran over the farmers.