Laggard to leader? Labor could repair Australia’s tattered reputation on climate change, if it gets these things right

For much of the past three decades, Australia has been viewed internationally as a laggard on climate change – and with good reason.

Australia was the last of the G20 economies that ratified the Kyoto Protocol and the first to dismantle a national carbon pricing scheme, and often sits near the bottom on global rankings of climate action.

In his first encounter with world leaders at the Quad meeting in Japan earlier this week, Australia’s new Prime Minister Anthony Albanese announced that the country was ready to take ambitious action on climate change.

But how well does this claim hold up? Will an Albanese government repair Australia’s tattered international reputation on climate change, and its strained relationships with the United States, the European Union, the United Kingdom and Pacific Island countries over this issue?

The Albanese government has taken crucial steps this week to mend Australia’s international standing on climate change. But Labor’s insistence on maintaining a booming coal export industry will hamper its comeback, and questions remain about whether it will do enough to boost funding for climate action internationally.

In their first week in office Albanese and Foreign Minister Penny Wong have placed climate change diplomacy firmly on the agenda.

In Albanese’s opening address to Quad partners – India, the United States and Japan – he stressed the importance of tackling climate change for national security, saying it will build “a stronger and more resilient Indo-Pacific region”.

Wong has travelled to Fiji in the government’s first efforts to pick up the pieces of Australia’s fraught relationship with Pacific Island nations, pledging to boost development assistance to the region already hit hard by climate change impacts.

Pressure at home and abroad to lift targets

Arguably the most prominent step towards redeeming Australia’s standing on climate change is boosting its national emissions reduction targets.

The Coalition’s climate target was to reduce emissions 26-28% compared to 2005 levels – the same target it had in 2015. This was widely viewed at home and overseas as an insufficient contribution to the Paris Agreement goal of limiting global warming to well below 2℃.

Labor’s pledge to boost the 2030 target to a 43% reduction is a significant improvement. But it still falls short of the 45% target it took to the 2016 and 2019 elections, and is far less ambitious than those proposed by the Greens and teal independents.

Even if Labor gains a majority in the House of Representatives, it won’t have a majority in the Senate. While this gives crossbenchers an opportunity to exert upward pressure on Australia’s climate performance, incoming Climate Change and Energy Minister Chris Bowen has ruled out lifting the 2030 target.

The crossbenchers will need to pick their battles. In the short term, they may have more success negotiating measures that will help Australia to beat its existing 2030 target, rather than formally set a new one.

As the impacts of climate change intensify and the global race towards renewables accelerates, domestic and international pressure on Australia’s targets will only increase.

Countries are due to announce their next round of contributions to the Paris Agreement’s goals by 2025. In the interim, Labor and the crossbenchers will need to lay the groundwork for a higher target for 2035 or 2040.

Australia’s climate policy record will remain vulnerable on a number of fronts, perhaps most glaringly as one of the world’s top fossil fuel exporters.

At last year’s UN climate summit, Australia refused to join a coalition of countries aiming to phase out coal. While Labor’s energy policy, Powering Australia, seeks to reduce Australia’s reliance on coal, it does not commit to a phase-out.

Albanese has envisaged that coal exports could stretch beyond 2050 and has supported opening new coal mines. This is out of step with the Intergovernmental Panel on Climate Change’s latest report, which finds keeping temperature rise to 2℃ or below will require “cancellation of new coal power projects and accelerated retirement of existing coal plants”.

While coal remains, for now, an important feature of Australia’s trade relations with major economies in Asia, it will increasingly become a liability, especially now that all of Australia’s ten major trading partners have net zero targets.

Beyond coal, there’s much Australia could do to expand or revive partnerships with other industrialised economies on areas of innovation, such as green hydrogen and clean energy supply chains.

Also important is how Australia supports lower-income countries to reduce their emissions and adapt to climate change impacts.

Following drastic cuts to aid under the Abbott government, Australia’s international climate finance has gradually risen again, with Australia pledging A$2 billion from 2020-25. However, this pledge falls well below Australia’s fair share.

The Morrison government decided not to make any further contributions to the UN’s flagship Green Climate Fund, which aims to finance emissions reductions and climate resilience in developing countries.

The fund has attracted around US$20 billion in pledges to date, with France, Germany, Japan and the United Kingdom the largest contributors (Australia pledged A$200 million in 2014).

Labor has promised to boost Australia’s aid budget to reach 0.5% of Gross National Income over time (it currently sits at about 0.2%) and launch a partnership to finance climate-resilient infrastructure in the Pacific. But it did not commit in this campaign to return to the Green Climate Fund.

Labor’s plan to reinstate the position of Ambassador for Climate Change is a positive step. The government will also seek to host the annual UN climate conference in 2024 in Australia for the first time.

Hosting such an event in partnership with Pacific neighbours would send a high-profile message to the international community that Australia is back in the game.

Read more: To walk the talk on climate, Labor must come clean about the future for coal and gas

Still, there’s a cautionary tale from past UN conferences, where some hosts (such as Poland in 2018) have used the occasion to showcase their ongoing reliance on fossil fuels.

Overall then, a change of government offers hope Australia will be regarded globally as a more enthusiastic partner on climate change. But as long as Australia remains a major exporter of fossil fuels, its claims to become a “renewable energy superpower” will come with a catch.

Jonathan Pickering receives funding from the Swedish Research Council for Sustainable Development (Formas) for a research project on national policies on climate change and sustainable development. He previously worked in a postdoctoral research position funded by the Australian Research Council. He is a Scientific Steering Committee member of the Earth System Governance Project research network. 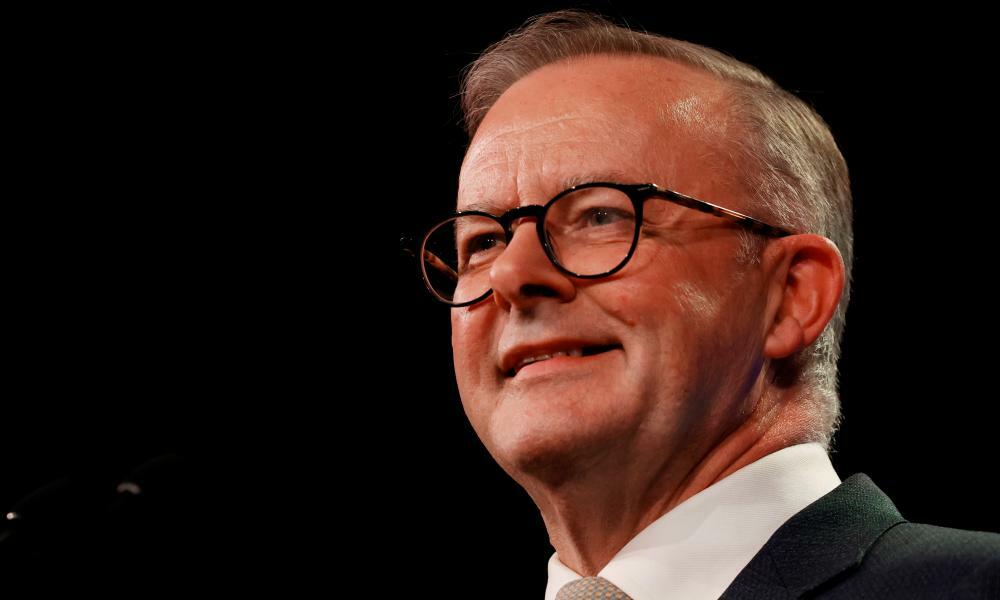 The Guardian view on Australia’s election: Labor needs to go bigger on climate
Editorial: Labor won by offering modest environmental policies. It will have to go further in office to deal with the…

The Guardian - UK
One subscription that gives you access to news from hundreds of sites
To walk the talk on climate, Labor must come clean about the future for coal and gas

Australia’s climate election has been won. Now comes the harder part. It’s now entirely possible we could see a government…