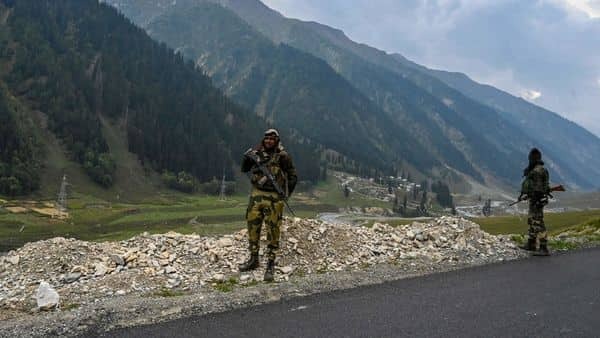 NEW DELHI: Talks between senior military commanders of India and China to find a solution to the 17-month long standoff in the mountains of eastern Ladakh have run into rough weather, with the two sides blaming each other for the deadlock.

The 13th round of talks, held on the Chinese side of the Line of Actual Control (LAC) on Sunday, were aimed at discussing disengagement of troops at Hot Springs area of eastern Ladakh.

On Monday, however, the two sides blamed each other for the impasse, with Beijing saying that the Indian side made unreasonable demands and New Delhi saying that the Chinese delegation made no constructive proposals.

The deadlock means that Indian soldiers are will spend a second winter in the icy heights of the Ladakh mountains where temperatures plummet to minus 30 degree Celsius according to various estimates. It also means that the chill in India-China ties, that set in after New Delhi noticed intrusions into Indian territory in May last year, is set to deepen given Beijing’s refusal to move its troops back from their current positions.

"What the Chinese seem to be saying is that there is a new reality on the ground that India needs to accept and conduct negotiations based on that," said Srikanth Kondapalli, a professor of Chinese Studies at the New Delhi based Jawaharlal Nehru University.

"This is not acceptable to India" so “a new status quo of militarisation of LAC is the alternative," Kondapalli said, echoing comments made by Indian Army chief Manoj Mukund Naravane on Saturday at a public event in New Delhi.

Expressing concerns over the military build-up and new infrastructure development along the disputed border to sustain the large-scale deployment by China, Naravane said the building of infrastructure “means that they (China) are there to stay."

According to a statement from the Indian Army on Sunday’s talks, the Indian delegation “pointed out that the situation along the LAC had been caused by unilateral attempts of Chinese side to alter the status quo and in violation of the bilateral agreements. It was therefore necessary that the Chinese side take appropriate steps in the remaining areas so as to restore peace and tranquility."

"The two sides have agreed to maintain communications and also to maintain stability on the ground. It is our expectation that the Chinese side will take into account the overall perspective of bilateral relations and will work towards early resolution of the remaining issues while fully abiding by bilateral agreements and protocols," it added.

A spokesman for the Chinese Western Theatre Command said, “the Chinese side made great efforts to promote the easing and cooling of the border situation.. However, the Indian side still persisted in its unreasonable and unrealistic demands, which added difficulties to the negotiations."

"Instead of misjudging the situation, the Indian side should cherish the hard-won situation in China-India border areas," said Senior Colonel Long Shaohua said in a statement.

"What the Chinese did in April/May 2020 was not undertaken with the idea of restoring status quo ante. They are not going to resile from this position," said Gautam Bambawale, former Indian ambassador to China.

When asked what would be the next steps, Bambawale said that the talks will continue at the military and diplomatic levels but the gains they have made they will not want to give that up. "On the military front, the buildup we have right now will go through many winters. We will have to keep our troops on the frontlines in large numbers. The relationship will deteriorate further."

Bambawale who was also India’s high commissioner to Pakistan said there were indications of China and Pakistan acting in collusion. “The actions are in response to 5 August, 2019 the steps we took to declare Jammu and Kashmir and Ladakh as separate union territories. It is a difficult situation but one we will handle," he said.