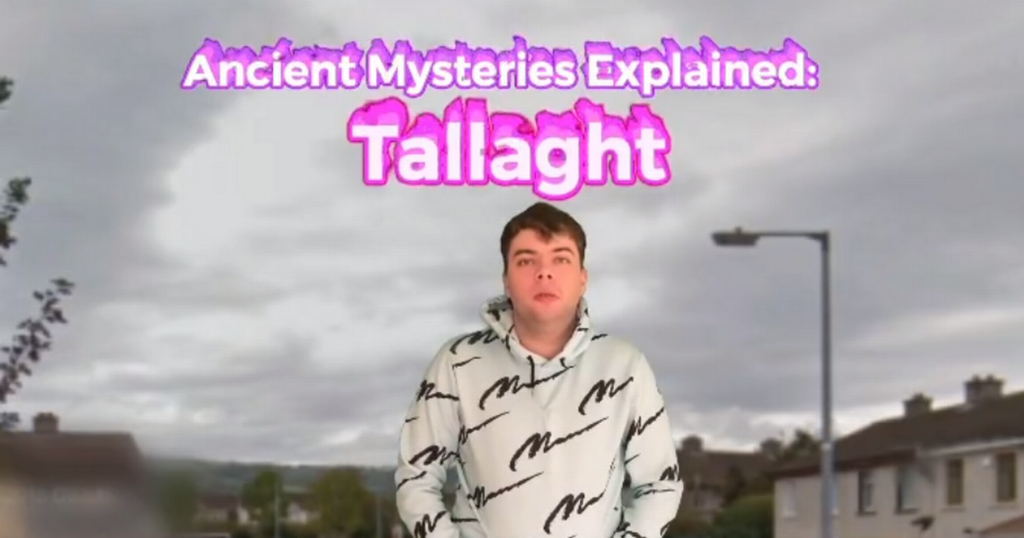 Do you ever come across someone describing something so perfectly that you just think, 'Yes'?

That's the exact experience many have when Frankie McNamara, or Meditations For The Anxious Mind, gets online to share his two cents on different areas of the city and typical Dublinisms that we are conditioned to believe are totally normal behaviours.

While watching one of his skits on Instagram or YouTube, you wouldn't be alone in asking yourself, 'How on earth did this chap come up with this?' It has to be said, it's pure genius.

Frankie chatted to Dublin Live about how his page came to be and why he produces the hilarious skits and sketches that he does.

He explains, "I've been doing it since the first lockdown, pretty much the first day of it. I did meditation, like normal meditation, for about two and a half years.

"Nothing weird; just your regular run of the mill stuff. I noticed listening to these YouTuber spirit guides and they're saying things like, "Now open the box, see what's inside", and I just imagine they are the most horrible people in real life.

"Like not good people at all, and that's funny to me for some reason in my f****d up head, that people are looking to these people for comfort and they're just really f****d up. And now I've made my own f****d up version of that. It was a p**s-take on people who pretend to be spiritual to fulfil their own narcissistic needs.

"I was so surprised I hadn't seen anybody do that because it seems like it would be really easy to take the p**s out of that.

"It was an untapped market, but people actually thought I was tapped when I started it with like 20 followers. I remember saying to my mate, "What have I just done?", because I put out a guided meditation and I was thinking, "Have I just ruined my life?"

"You get people who don't get it, but that's part of the fun. Some people probably think it's really weird and I don't blame them. Once I got a bit of a following, I got the platform to talk about whatever I wanted, like purple snack bars."

Each area in Dublin is pretty much the same, but all want to be different

"For the places, I'll put up a story with a chat box and ask people to tell me about their areas, like Crumlin for example. Then they end up telling me I have to talk about things like the shopping centre or whatever.

"I'd get the landmarks from people who are from the area, then I kind of have the topics I want to hit. Sometimes I go to the area. I went to Blackrock twice and it still took me two months to do the video. You can only go one way in Blackrock, forward.

"There are similarities in every area. The funniest thing I've noticed is that the people in every area pretend to be from a different area.

"The other thing I've noticed is that when people don't have an enemy, they'll make one up. If there are no disputes between surrounding areas, different estates will have weird rivalries. There's always a part of an area within an area that doesn't want to be in that area.

"I used to spend a lot of time in Clontarf and you'd see the early morning joggers on the seafront. Everyone in Clontarf loves exercise, that's their religion.

"If you don't have a jogging outfit, high-vis, long-sleeve tops, you actually have to move to Raheny. You can do this thing when you go to a private school where you can actually erase your first name because you just replace it with 'doctor'.

"I couldn't tell you where in Dublin has the worst people because I actually hate at least one person from every single area. There's just so much opportunity for horrible people to exist in different areas."

"There are some serious ones I would like to talk about as well, like homelessness. I think about them and usually just do it on that day.

"I did one before on Direct Provision and it was a lot more divisive than I thought it would be. The whole premise of it was that it was an open letter to Direct Provision, talking to it as if it was a person that I was breaking up with. Obviously the message was to end Direct Provision."

Where are the worst people from?

If you are really just itching to know, Frankie kindly informed us that the answer is simply, "Longford".

If you want to check out some of Frankie's gas skits, you can follow him on Instagram at @meditationsfortheanxiousmind.