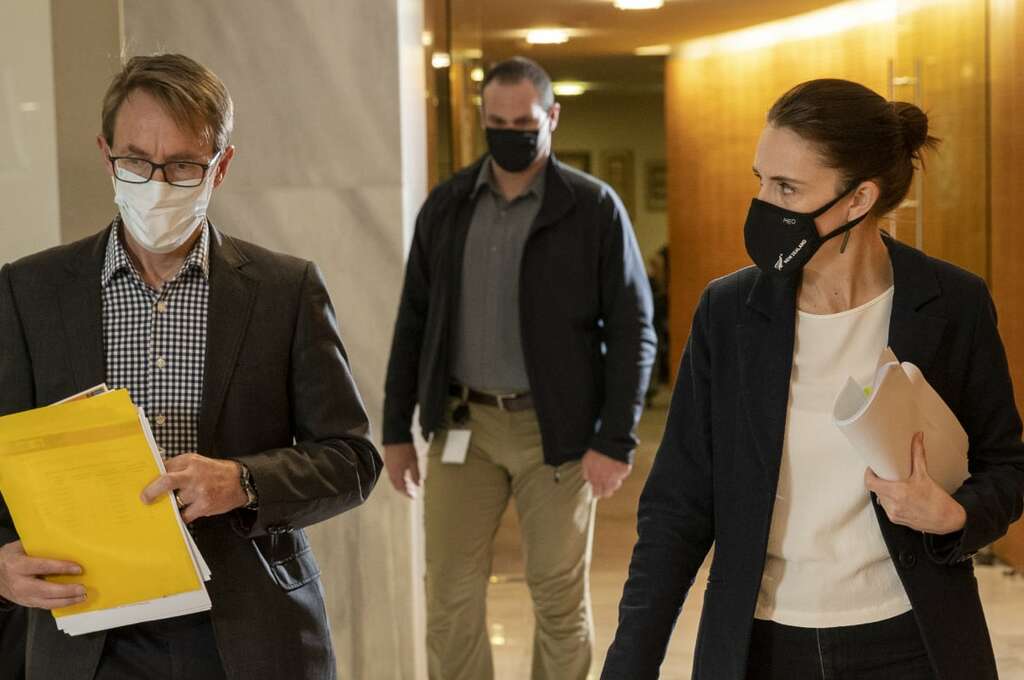 It’s entirely possible a pre-departure test wouldn’t have detected the Sydney returnee identified as the likely source of the Auckland Delta outbreak. But scrapping an extra layer of protection was reckless, writes political editor Jo Moir.

Analysis: For almost two weeks Newsroom has sought answers from the Ministry of Health and the Prime Minister’s office as to why pre-departure testing wasn’t a requirement for those returning from New South Wales on managed red zone flights.

The flights ran for more than five weeks as Delta increasingly spread through the Australian state, prompting a government decision to put all returnees into 14 days of managed isolation.

Two days after the country went into a national lockdown due to our own Delta outbreak, Prime Minister Jacinda Ardern revealed the likely source of the infection was a Sydney returnee who had arrived on August 7.

They tested positive for Delta within 24 hours of arriving at the Crowne Plaza managed isolation facility and were moved to Jet Park quarantine on August 9.

It remains unclear how the returnee managed to infect a family in a room adjacent at Crowne Plaza or how the virus leaked out into the community.

Director-General of Health Doctor Ashley Bloomfield accepts it’s “possible” a pre-departure test within 72 hours of flying might have picked up this case and stopped the returnee from boarding.

Bloomfield and Ardern continue to stand by their decision not to require pre-departure testing from New South Wales, saying the chance of someone getting Covid while getting a test was “too risky’’, while the short window some passengers had to board a plane also needed to be taken into account.

Bloomfield conceded to Newsroom on Thursday that “clearly the risk has increased’’.

Yet on Wednesday, MIQ joint head Rose King announced a pre-departure test was now required for a red zone flight departing Sydney on Wednesday to bring Kiwis stuck in New South Wales back to MIQ.

King’s announcement came barely 24 hours after Bloomfield and Ardern had last defended their decision not to require testing.

But Newsroom can now reveal the decision to require pre-departure testing for all of Australia was advice given to Covid Response Minister Chris Hipkins on August 27 – a day before Newsroom first asked questions about it.

The testing requirement has been in force since September 1 – four days before the first red zone flight resumed.

Managed flights were halted on August 22 as the country responded to the outbreak.

In mid-July when Kiwis first started flying back on red zone flights, the number of new daily cases in New South Wales were in the high-30s.

New daily cases are now hitting 1500 and there have been nearly 150 fatalities since June.

The risk someone will contract the virus while getting the necessary pre-flight test is exponentially higher now, raising questions about why it wasn’t a requirement when the risk in July was so much lower.

Bloomfield conceded to Newsroom on Thursday that “clearly the risk has increased’’.

Asked why pre-departure testing is only now becoming a requirement, Bloomfield said it was always in the pipeline.

“We have gone through the process, as planned, to take Australia off the exemption list – that has now come into force,’’ he told Newsroom.

While pre-departure testing was previously a requirement for some states, including Queensland and Victoria, New South Wales didn’t get added to the list of states meeting the criteria – despite it being increasingly exposed to the highly transmissible virus.

Bloomfield told Newsroom he had signalled that Australia would be taken off the list of countries exempt from pre-departure tests, and that work “has now come to its conclusion’’.

If pre-departure testing had already been signed off, Monday or Tuesday would have been the appropriate time to mention that – not bury it in a press release from the joint head of MIQ a day later.

Neither Bloomfield, nor Ardern, mentioned the decision on August 27 to introduce pre-departure testing for all of Australia while being questioned about exactly that by Newsroom on both Monday and Tuesday this week.

If pre-departure testing had already been signed off, Monday or Tuesday would have been the appropriate time to mention that – not bury it in a press release from the joint head of MIQ a day later.

Bloomfield and Ardern have both repeatedly pointed to pre-departure testing as a layer of protection at the border, which is why it’s a requirement for most other countries, except for some Pacific Islands.

Health experts and Bloomfield often refer to the “Swiss cheese model’’ and making sure there are plenty of layers to reduce the likelihood of Covid getting into the community.

Testing at MIQ on day one and day 12 is one of those layers, and in the last fortnight, Bloomfield announced an additional day six test to try to detect more positive cases in managed isolation earlier on.

At the time he said it was “just another slice of cheese in our line of Swiss cheese slices’’.

Every slice of cheese plays a role in keeping Covid at bay.

On Sunday, Bloomfield told Newsroom pre-departure testing was one of those layers and since the requirement had been introduced at the border there had been a reduction in the number of positive Covid cases being picked up on day one testing.

It was a reckless decision that has finally been rectified - whether it is too little too late for those enduring weeks locked down will never be known.