Lack of leadership is clear for all to see 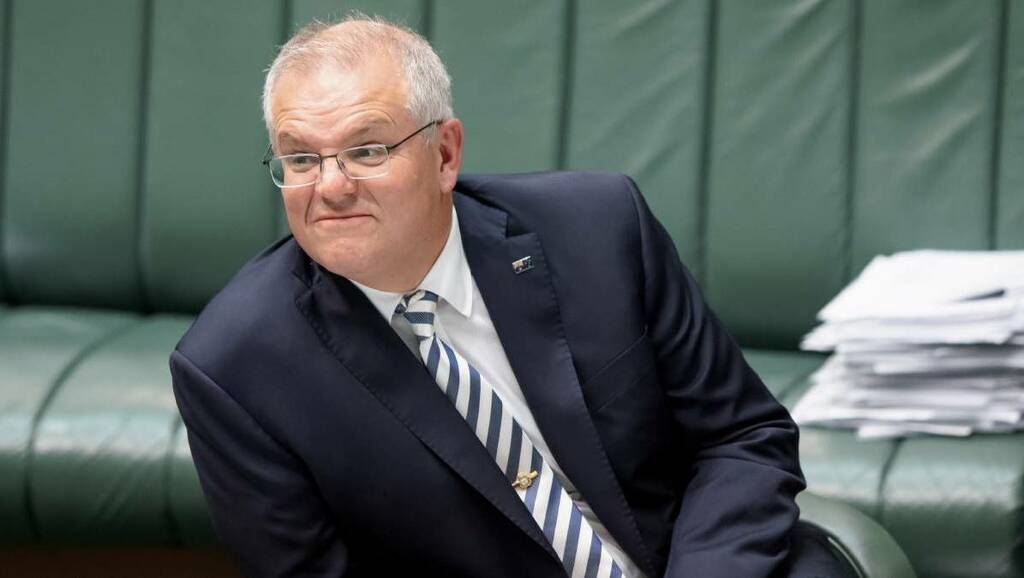 THE Herald editorial, ("Morrison showed a lack of judgment", Opinion, 9/9), shows how numb we seem to have become to the undermining of public respect by and for our politicians. It was also a missed opportunity for the PM to display selfless leadership.

The PM's action was, sadly, symptomatic of the contagion of self-entitlement as seen in the ranks of elected representatives at all levels: exampled locally by councillors variously posturing as quasi parliamentarians and claiming entitlements ranging from being above criticism to superannuation and child-care benefits.

All of which looks, to me, a lot like writing your own rules after you've accepted the role. (In either disregard or ignorance of Sections 226 and 232 of the Local Government Act perhaps?) And who, once elected, choose imperiousness and to cry poor about the allowance and (self-bestowed) policy benefits and perks they receive. To me, this implies less than optimum role readiness. Moreover, it indicates how low they must see the bar when it comes to the personal sacrifices they are prepared to make in their voluntary service of the greater public good. From that perspective, I guess they and the PM might be on equal footing after all.

Too many egos in politics

LOOKING back on some of my comments to you and your readership I realise you may think I am somewhat cynical of our current government. Well, that is not the case, but I do have a healthy respect for common-sense and a moral imperative.

When I see politicians out of balance with the people that pay them, and particularly those affronted by the reminder, I am ablaze with emotion. If these people showed even the slightest intention of improving our society, growing our livelihoods or even considering climate change seriously ahead of their own agendas I would desist. But no they are an uncaring bunch of self-aggrandising egotists, and believe me I am trying to pick my words sparingly.

Even my friend Gladys, who seems to try her best to balance the health imperative with that of the mental and economic, condemns us all to a simple model shrouded in multiple excuses and wide open gaps of control. One wonders if we had received the Pfizer option four months earlier would our states have been up to the job of delivery. Who knows, and that is the basic problem, none of them think about it until their pants are already on fire. Indeed the current federal government now seems intent on telling us they were "on the ball" and talking to Pfizer ... yes I give them their due, they are good at talking, even through subordinates. We seem to learn as we go and that is not a way to the future. The British Empire crumbled and we should think carefully or be soon behind it. Australia exhibits substantial originality, as it should, but it is not mirrored in the people that supposedly lead us. It's a great pity when you can see how much this country has to offer. Like us all learning from Israel's recent experience I hope the Labor government can too.

WHAT I tend to believe, and find rather disappointing, is the majority of letters to the Herald with political agenda, come from one side of politics, that rather than using constructive criticism, are often based on anger, hate or vengeance.

For once I will go against the grain, risk criticism, and ask who elects the prime minister and who controls the country; because I believe there is a lot of anger out there.

All spin and no substance

DON Fraser criticises Brittany Higgins and Grace Tame and wants to know how the PM can do any more to protect women from "pond life scumbags".

Well Don, he could have supported the Greens bill for an independent inquiry into Christian Porter that would have made a "determination on the balance of probabilities as to whether the allegations have any merit and make recommendations about whether Porter is a fit and proper person to hold any ministerial position". Morrison and his party rejected it outright. With typical tin-ear judgment, Morrison then appointed Porter acting leader of the House of Representatives which Grace Tame described as an "insult towards all survivors". Morrison is all spin and no substance and these strong women know it and will call him out.

Evidence on climate is clear

ONE of the most reputable scientific journals, Nature, published a new analysis last week, reporting that 95 per cent of Australia's coal must remain in the ground for a 50 per cent chance of limiting global warming within 1.5 degrees.

In view of the critical need for Australia to move away from fossil fuels, it is highly concerning when our own federal ministers still show strong support for coal. Federal resources minister Keith Pitt, just last week, said he expected coal to be "a significant contributor to the Australian economy well beyond 2030." Federal environment minister Sussan Ley had also recently granted environmental approvals to expand the Russell Vale coal mine near Wollongong. The window of opportunity to limit global warming to safe levels is shrinking fast. Why isn't our federal government acting swiftly based on evidence-based science?

CARL Stevenson, ("Is hydrogen really the answer?", Letters, 10/9), seems to have a partial understanding of hydrogen production.

There are three processes used to produce hydrogen. All three are energy intensive. The "brown" process uses fossil fuels and generates 10 to 12 tonnes of carbon dioxide, which is about 27 per cent carbon, for each tonne of hydrogen produced. Basically environmental madness. "Blue" hydrogen is produced by the "brown" process, but with carbon capture and storage added, making it somewhat less polluting. "Green" hydrogen is produced using renewable energy (which generates no carbon) to split water into just oxygen and hydrogen through water electrolysis. Not only does the entire green hydrogen process generate no carbon, it is net zero on water use, making complete environmental sense.

Australia could easily support a green hydrogen industry as it has the sun, wind and land resources to generate many times our current electricity demand. Where renewable electricity, hydrogen or gas is capable of providing the energy for any process electricity will always win on cost and efficiency.

I HAVE to wear a life jacket when rock fishing in Port Stephens and even though I've fished the rocks for 40 years I abide by the new law. However I find it bizarre that people can stand on the same dangerous ledge, some with kids in, especially tourists in the holiday period, taking photos, exploring rock pools and taking the all-important selfie without having to wear a life jacket. Can anyone from Port Stephens Council explain why this is so? Pure stupidity it seems.

BIG thanks goes out to the Newcastle Aboriginal Community Collective, who made available to just about every resident of Hamilton South, vaccinations and gift cards. Well organised and extremely friendly and helpful. Well done!

EXPECT a really well funded campaign at the next federal election. All with our money. Why else are the Liberals refusing to make their big business mates pay back billions they didn't need.

READING Dr Brian Roach's letter, (Short Takes, 9/9), questioning if it is not time for the Governor-General to act following all the criticisms of Scott Morrison - reminded me of an editorial letter written by a doctor some years ago calling for all those intending to cast a vote in elections to first undergo and IQ test to determine their mental capacity to do so. The response from one adamant reader was this would be totally unfair to doctors due to the number who would be disenfranchised.

NATIONALISM. Are we Australians or 'West Australians'? Out of 100 per cent polled, only 46 per cent from WA said they are actually Australian. What happened to "we're all in this together"? What happened to patriotism? What's happening to our states and territories and when are we all going to be thankful for the privilege of living in this great country called Australia?

I HOPE the bottle recycling bins are the first to open and shortly. With the amount of tins and bottles I've consumed being at home I should have enough to purchase a medium sized fast food meal and a quarter litre of petrol.

SCOTT Morrison's motto: Do as I say, don't do as I do! Awesome example yet again in the face of a national crisis. Hypocrisy at its best. Well done!

THUMBS down to Williamtown RAAF Base for using Salt Ash Weapons Range now while residents are in compulsory lockdown. We are not allowed to leave to get away from the noise.

SUCCESS. Cassie has been in touch, thanks to one of your readers, Dianne. So, we have reconnected after a gap of 34 years. I think this is a wonderful outcome, and demonstrates once again the power of the press to put people in touch with one another. Thank you most sincerely for your help.