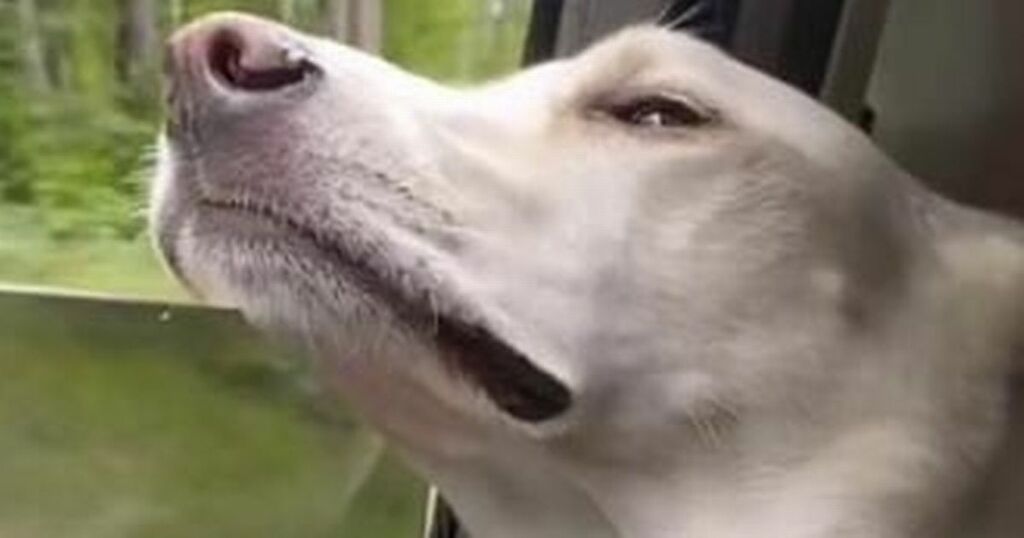 A Labrador can be seen "tripping" on magic mushrooms in a TikTok video that has baffled viewers.

Footage on the video streaming platform shows the white pooch riding in a state of stupor as she sits in the back seat of her owner's car.

The Labrador Miley looks to be in her own dreams as she hangs her head out the window, enjoying the breeze while Afroman’s “Because I Got High” plays in the background.

Her owner Shannon, from the US, shared the hilarious video, which has racked up 11m views, of her beloved dog four days ago - but only after she had the certainty she would recover just fine.

Posting on TikTok, she said: “My dog just ate a wild mushroom and we just spent $140 for the vet to tell us she’s high."

She then went on to joke in the comments about how Miley was the "most relaxed" she's ever been.

Shannon told Newsweek she first realised something was wrong when she and Miley woke up one morning while at her parents' cottage in New Hampshire.

“In the morning she peed the bed which she hasn’t done in eight years,” explained Shannon.

“We also noticed her back legs weren’t working properly and she was walking weird, she was extremely lethargic, she refused food and treats and wouldn’t get up to do anything, even a boat ride, which is her favourite.”

The worried dog mum immediately rushed to the vet, who told her Miley's symptoms seemed consistent with the effects of eating wild mushrooms. which Shannon thinks may have grow in the countryside this year following heavy rain.

Doctors, however, checked the pooch and her vitals were, luckily, stable.

Shannon was free to return home with her dog that same day, but was advised to monitor the dog for a urinary tract infection as it could indicate the toxin had affected her kidneys.

“She was extra sleepy that night and a little clingier than usual but totally back to normal by Monday morning,” a relieved Shannon said.

People on TikTok commented on the video saying it was "absolutely hilarious", while others joked the pooch was on a "spiritual journey".

Another user echoed this as they said Miley will now know "the secrets of the universe", while others expressed relief at the mushrooms not being poisonous.

One reassured the owner to not worry as they joked: "Living her best life".