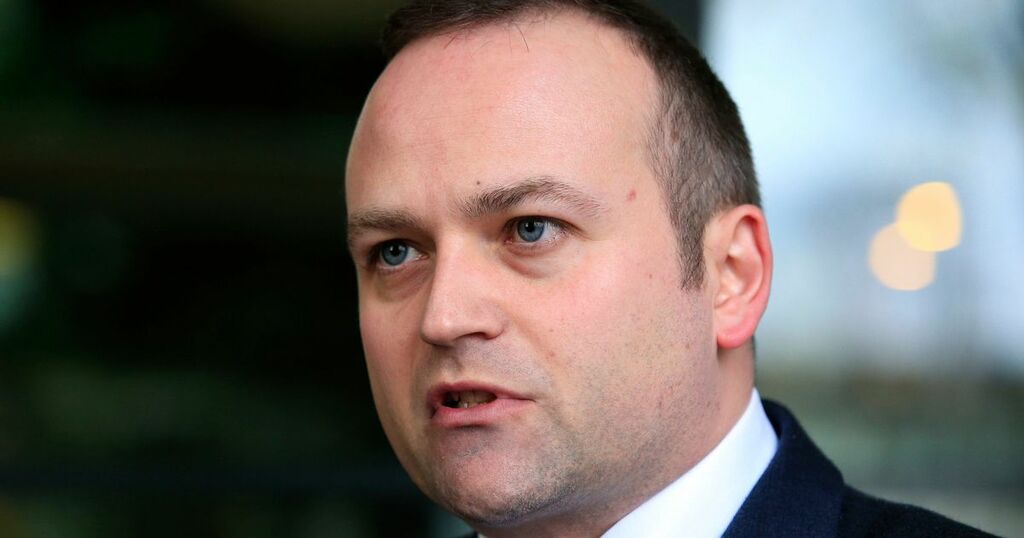 Labour MP Neil Coyle has opened up about his mental health battles after a brick was hurled through his bedroom window at the height of parliament's Brexit wars.

Speaking to GB News' Gloria de Piero, the MP for Bermondsey and Southwark revealed the "tidal wave of stress" he experienced during the high-pressure period, which came in the wake of the murder of fellow MP Jo Cox and amid Labour's own factional warfare.

During the wide-ranging interview, the 42-year-old father-of-one also opened up about his turbulent childhood, which almost included him and his siblings being taken into care after mum Mary was diagnosed with schizophrenia.

The MP said he has faced mental health struggle which only became clear to him when a local councillor urged him to seek support.

He said: "It was an important moment, actually, because I thought, this is visible to other people. I'm clearly not happy."

My Coyle said he appeared to be "completely functioning" and was "out and about" in parliament, but the atmosphere in Westminster was febrile as the aftermath of the Brexit vote played out.

Things came to a head when his home, which he shares with his wife and young daughter Esme, was targeted.

He said: "I had somebody break the window, my home, my bedroom window home during the Brexit debate."

He added: "There’s no way out the back, it’s a brick wall. So, I was sat with a cricket bat in case they came through."

The MP said he needed help from therapists in the weeks and months ahead as the "massive stress" took a toll.

He said: "I've had bouts of depression and things, but I have CBT (cognitive behavioural therapy). I think that when Jo was murdered, it triggered lots... that was a very difficult time."

Mr Coyle, who grew up in Luton alongside two brothers and a sister, said his childhood was "very difficult" but, in the end, helped him to build "emotional resilience".

He said his mother's mental health deteriorated when his father left.

He said: "Sadly, some of my earliest memories are the most difficult.

"There was a time where mum set fire to the living room carpet because she was trying to keep us warm.

"There was no intent to damage or harm anybody or the property. We used to have the coin meter. People don't see them anymore, so they find it hard to understand - but I don't know whether she didn't have any money to work the heating system.

"I don't know whether her mental health had collapsed so badly that she just didn't know how to do it - but she set fire to the carpet."

Mary was previously a primary school teacher and ran a drop-in club for kids, but her mental state crumbled "very badly" and she was eventually sectioned.

Mr Coyle revealed how this occurred again recently, but she only got help after she crashed her car into a bollard.

While no-one was hurt, a psychiatric assessment was ordered, he said.

Mr Coyle said: "It was only because she was in the criminal justice system that the magistrate was able to order a psychiatric assessment, and that's what got her back into mental healthcare, which is crazy. The system is crazy, not people."

He said: "My nan was integral to keeping us together (...) outcomes for children in care in those days were dramatically worse than they are now, and they're still very poor for many children. "