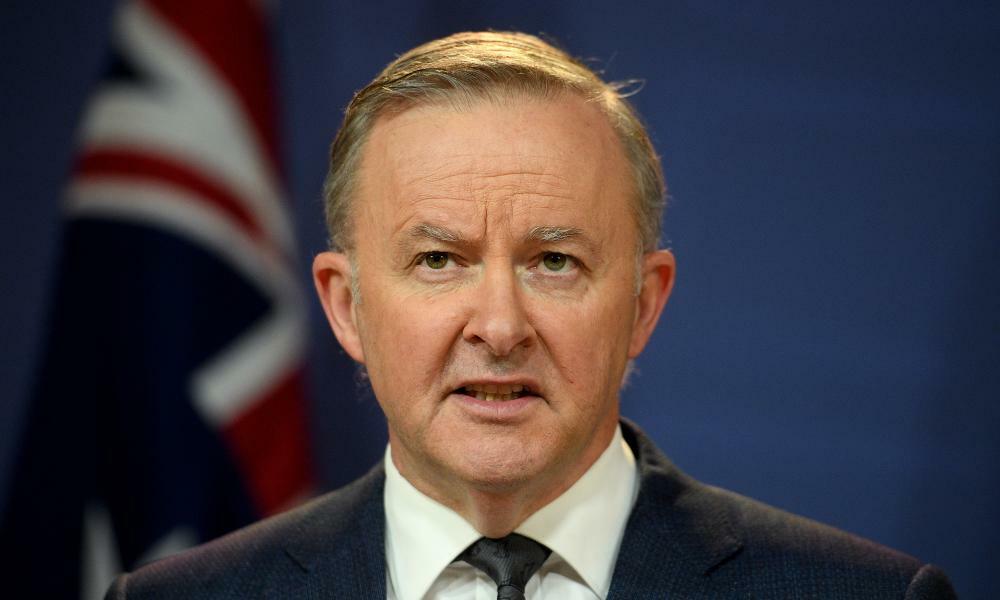 Anthony Albanese will launch a “buy Australian” pledge as he sharpens Labor’s offering to voters ahead of the coming election.

In a speech to be delivered at the New South Wales state Labor conference, Albanese will pledge to beef up Australia’s floundering manufacturing industry, promising a government-led “Buy Australian Act”.

The plan, which would result in government departments putting an emphasis on Australian-made products as part of any purchasing process, is a step up from the Rudd government’s “procurement tsar” plan that aimed to encourage departments to buy Australian.

Albanese’s offering is a 10-point plan with a top-down approach to establishing a “buy Australian” approach, with the opposition keen to make “Australia’s future” one of its key election messages.

“Labor will establish a ‘future made-in-Australia’ office within the Department of Finance to drive a whole-of-government approach,” he will tell the NSW conference, in a speech extract released under embargo.

“Labor will provide opportunities for mid- and small-tier Australian companies to participate in the infrastructure pipeline helping to build and strengthen our sovereign capability.

“This will be done by packaging tenders where appropriate into multiple packages that allow smaller companies to bid for them.”

The push includes a focus on small business participation in commonwealth procurement processes, as well as opportunities for First Nation-owned and operated businesses.

Businesses which take part in any Labor government procurements will also be expected to follow new guidelines setting out fair wages, treatment and conditions for their workers, as well as ethical and sustainable environmental practices.

“We will work with states and territories to ensure that the $20bn provided annually through national partnership agreements is consistent with a national agreement on a future made in Australia,” the speech extract says.

“Together these plans will ensure that Australia’s capacity to manufacture essential goods in areas including health, energy, infrastructure, defence and space and communications is increased and that we are more resilient.”

Albanese’s focus on building Australia’s industries is not new, and forms what is shaping up as one of three key policy messages the opposition is pushing, with the campaign’s emphasis to remain on what Labor sees as Scott Morrison’s failures.

After the 2019 election campaign platform was criticised for being overburdened and confused, Labor has regrouped to narrow down its messages, shedding key policies as it distills its campaign down to “stronger families”, “secure jobs” and now “buy Australian”.

Rebuilding domestic industry has also been a recent focus of the Morrison government, with the pandemic exposing gaps in Australia’s supply chains. It announced a $1.5bn “modern manufacturing’ fund earlier this year along with a 10-year plan to establish and grow new industries.

Angus Taylor became the sixth industry minister in five years in the most recent ministerial reshuffle, announced last week, with science and technology – the traditional portfolio bedmates of industry – now the responsibility of the defence industry minister, Melissa Price.

Ed Husic, the shadow industry and innovation minister, has used his time on the opposition frontbench to put a spotlight on the Morrison government’s record on manufacturing.

“In the past two weeks, Australia’s continuing fall down global innovation and digital competitiveness rankings has again been highlighted,” he said in a speech delivered on Friday.

“We’ve dropped five places to number 25 on the Global Innovation Index and slipped to 20 on the World Digital Competitiveness Ranking.

“For instance, through the week it was reported that of the $5bn worth of government-funded major infrastructure projects currently under way in the country, not one Australian firm has been appointed a major contractor, tier 1. Not one.”

The NSW state Labor conference, where Albanese will deliver his speech, will run from 8am on Saturday.