Labor’s secret weapon: The big election issue most people have never heard of

Labor leader Anthony Albanese will today join key frontbenchers in a pre- election blitz of 20 target seats where the party’s chances of securing a majority are hanging in the balance.

It says a lot about modern campaigning that Labor strategists believe it is another, deliberately low-profile party strategy that might actually make a difference in these seats. Labor has been running ads and messages across marginal seats about the waiting time to book a doctor’s appointment in what could yet emerge as the most influential election issue you have likely never heard of.

Political commentators and even doctors had noted the relative absence of health policy from this year’s campaign.

But below the national campaign Labor is talking to voters about the issue on which its credibility is greatest.

Could it work? Delays in seeing a general practitioner are a real problem for a certain cohort of voters also apt to be persuaded by the discussion of a closely linked issue and a Labor campaign favourite: attacks about Medicare.

Party research identified delays for seeing a general practitioner as a concern for voters in parts of three states, including in regional areas or among Prime Minister Scott Morrison’s new target demographic of outer suburban voters.

An earlier attempt by the Opposition to bring the issue to the centre of its campaign with a refrain of “never been harder to see a GP” did not take and its veracity was questioned.

So Labor settled on a simpler message and, as modern campaigns increasingly do, focused it on a key demographic.

“The ad buy in a lot of key target areas […] is serious,” one Labor source said.

The message has been pushed in Tasmania, Queensland and New South Wales, the source said.

In NSW it will be part of a campaign to topple Mr Morrison’s close confidante and Liberal factional ally, Lucy Wicks in the Central Coast seat of Robertson, and to defend the bellwether seat of Eden Monaro.

Internal party research identifies other target electorates for the strategy including Bass in Tasmania and Queensland battlegrounds such as Ryan and Longman.

But is the message fair and square?

Liberal state divisions have sought to get in front of the campaign, arguing the party protects health funding and painting Labor’s message as this campaign’s answer to ‘Mediscare’ in the 2016 election.

They are vulnerable to such campaigns for a reason. Polling in Bass, this election’s most marginal seat in northern Tasmania listed Medicare as the second-most important election issue for Liberal and Labor voters each, before the campaign had begun.

Labor’s previous attempt to launch a slogan about it never being harder to see a doctor than under the Coalition government fell foul of an independent fact check because primary care had become easier to access.

But waiting times have remained stubbornly high or blown out in certain parts of the country. More than 22 per cent of people in regional Australia said they had to wait unacceptably long to see a GP, according to the statistics bureau.

A parliamentary inquiry into primary care in regional Australia heard in March that in some parts of rural Queensland GP shortages caused wait times to reach up to three months.

The Australian Medical Association’s vice president Chris Moy, said delays were common in parts of Australia and, he said, had  been caused by declining number of general practitioners that occurred under both parties.

But Labor finishes the campaign much better placed to prosecute an honest case for a major difference on medicare and primary healthcare specifically.

The waiting time campaign include attack ads hitting the Coalition on Medicare funding (above) but also “candidate positive” spots presenting the party’s $135 million “urgent care clinics” policy as a remedy.

That plan was criticised by Dr Moy as “smoke and mirrors” policy.

But after criticising both parties through the campaign Dr Moy has endorsed Labor’s recent pledge of $1 billion for the Primary Health Care 10-Year Plan. The policy is designed to make GPs more accessible and was devised but left unfunded by the Coalition.

Labor announced it in Lingiari, a Labor seat in Darwin recently looking wobbly on the retirement of Warren Snowdon which could suggest it intends to make health part of its last-minute pitch.

Joining him and making their own campaign stops will be front benchers Richard Marles, Penny Wong, Jim Chalmers, Tanya Plibersek and Jason Clare.

“We are in the final sprint,” campaign spokesman Mr Clare said.

Mr Albanese visited the Marconi Club on Wednesday evening where he appeared alongside shadow home affairs minister Kristina Keneally and spoke about his heritage at an Italian community event.

“People made fun of your name,” he said of growing up in a different era of multicultural Australia.

The Labor leader then joked the Liberals still thought such jokes were okay, in reference to the attack ad slogan: “It won’t be easy under Albanese”.

Ms Keneally, a former state premier and Senator who was recently installed as the candidate for Fowler in western Sydney, is facing a tough challenge from independent former Liberal Dai Le, according to reportedly leaked polling, that a Labor source disputed.

Among the battleground electorates Labor counts itself a chance of capturing is former PM John Howard’s old seat of Bennelong, which it claimed last time the party won government from opposition in 2007.

The seats to watch 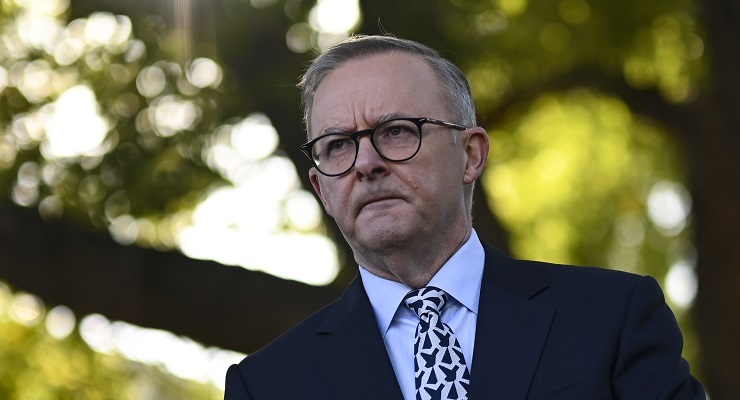 Marginal watch: where the election really matters
Saturday night’s election will be a closely fought seat-by-seat battle. Here’s where to watch.

Crikey
One subscription that gives you access to news from hundreds of sites
State of the states: six politics experts take us around Australia in the final week of the campaign

The Conversation
The seats Labor and the Coalition need for victory

The magic number for majority government is 76 lower house seats. Here are the possible scenarios