Labor is deploying frontbencher Penny Wong to the electorates of Brisbane and Higgins in the final days of the election campaign, as the opposition becomes increasingly bullish about its prospects in the Liberal-held seats due to voter disaffection with Scott Morrison.

Strategists say Labor’s internal polling points to opportunity in four Liberal-held seats – Brisbane and Ryan in Queensland, Bennelong in Sydney and Higgins in Victoria – because disapproval of Morrison is high in these electorates and disaffected centrist progressive voters don’t have a teal independent to back.

Guardian Australia understands in private YouGov seat polls, 58% of respondents in Ryan, 57% in Bennelong, 62% in Brisbane and 65% in Higgins disapproved of Morrison’s performance as prime minister when asked whether they had a positive or negative view of the Liberal leader.

Albanese’s favourability is in the mid-forties in these seats, with voter disapproval numbers in the mid-thirties. The YouGov individual seat surveys, undertaken in February, March, April and as recently as the first week of May, were conducted by phone polling of landlines and mobiles. The sample size for each survey was 400 respondents.

Party strategists say the dynamics in the four electorates are similar to the teal contests in Sydney and Melbourne, with local voters riled up about a lack of action on climate change and professional women alienated by Morrison’s response to last year’s #MeToo reckoning in parliament.

Wong, who was climate change minister during the Rudd government, has been deployed in the four seats over recent weeks and will redouble on-ground efforts in Brisbane, currently held by Liberal Trevor Evans, and Higgins, currently held by Liberal Katie Allen, as Morrison and Albanese conduct their final dash to the country’s marginal electorates ahead of Saturday’s election.

Brisbane and Ryan are three-way contests between Liberal, Labor and the Greens. Labor strategists believe they are a nose in front in the Brisbane contest and contend Ryan – once considered a Liberal stronghold – could fall either to the ALP or the Greens on Saturday night.

Labor has been targeting Liberal-held Bennelong given the retirement of John Alexander and a backlash against the Coalition within the Chinese-Australian community.

As the campaign enters its final days, Labor is confident about picking up Higgins, which sits between Kooyong and Goldstein, where the contests between the incumbent Liberals and the teal candidates are fierce.

Some Victorian strategists believe there is a chance Labor could also snatch Casey from the Liberal column because of the retirement of the former lower house Speaker Tony Smith.

Labor holds a notional 69 seats in the 151-seat House of Representatives, so needs a net gain of seven seats to form a majority government, and five to be confident of a minority government. The Coalition currently holds 75 seats and will need to offset any losses with gains elsewhere.

National opinion polls suggest Labor is the likely winner on Saturday night but published polls were wrong in 2019.

Albanese is campaigning in Perth where Labor is targeting three Liberal-held seats and is hopeful of winning two. Morrison began Monday in the Brisbane seat of Blair before visiting Leichhardt in Queensland’s north and then Darwin where the Liberals are targeting Lingiari, currently held by Labor on a 5.5% margin, but up for grabs after the retirement of veteran MP Warren Snowdon.

Morrison launched the Liberal campaign on Sunday with a commitment to allow first home buyers to draw on their superannuation savings to fund a house deposit.

After economists pointed out the policy would likely lead to further increases in house prices, Morrison moved to play down that prospect. But the superannuation minister, Jane Hume, told ABC radio there would likely be “a bump in house prices” in the short term as “a lot of people bring forward their decision to buy a house”.

Labor is opposed to Morrison’s super initiative. Albanese on Tuesday will promise to establish a new $1.5bn medical manufacturing fund out of Labor’s previously announced $15bn national reconstruction fund, and he will address the National Press Club in Canberra on Wednesday. 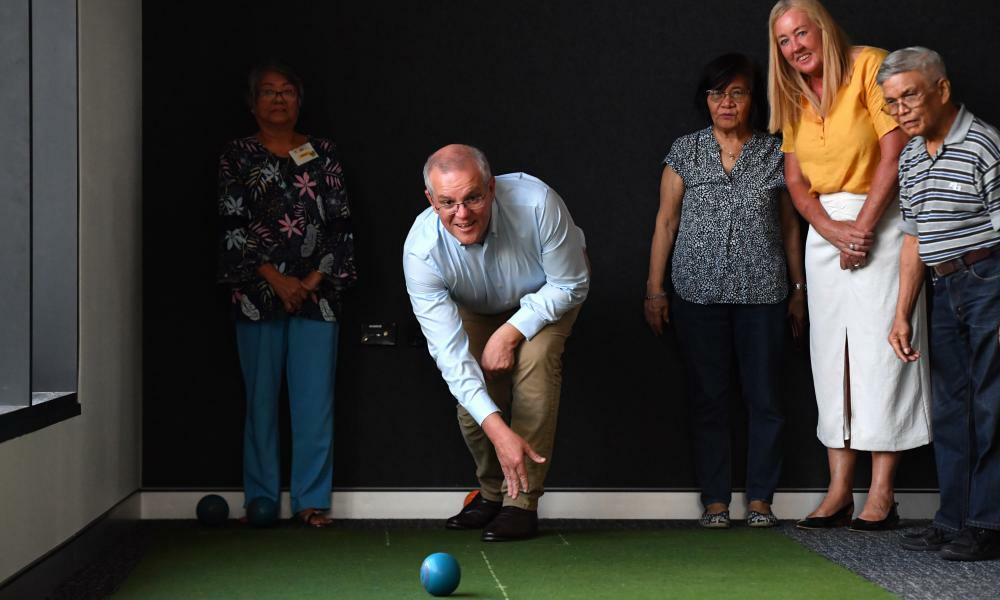 The Guardian - AU
One subscription that gives you access to news from hundreds of sites
Marginal watch: where the election really matters

Saturday night’s election will be a closely fought seat-by-seat battle. Here’s where to watch.

Crikey
State of the states: six politics experts take us around Australia in the final week of the campaign