Labor has called on the disaster relief agency boss, Shane Stone, to resign over comments appearing to blame people who “want to live among the gum trees” for the cost of recovering from catastrophic floods.

The shadow minister for emergency management, Murray Watt, made the call on Friday, as debate rages over the viability of insuring disaster-prone areas and whether the government should expand its $10bn reinsurance scheme to assist victims of floods and bushfires outside northern Australia.

Australia’s east coast has been hit by massive storms, causing flooding in south-east Queensland including Brisbane and its surrounds, northern NSW including Lismore and Ballina, and Sydney’s north-west.

On Friday Stone, the coordinator general of the National Recovery and Resilience Agency, told the Sydney Morning Herald that “the taxpayer and the ratepayer cannot continue to pick up the bill for these huge, catastrophic damage events”.

“You’ve got people who want to live among the gum trees – what do you think is going to happen? Their house falls in the river and they say it’s the government’s fault,” Stone reportedly said.

Stone, a former Northern Territory chief minister and Liberal party president, was appointed to the $500,000-per-year role by the Morrison government in 2019.

Watt said Stone should be sacked for blaming “flood victims for their hardship”, noting that these included “businesses in main streets of Lismore [and] Ballina” and residents of south-east Queensland.

“I’ve been helping families who are piling up their destroyed belongings on streets. They need our support right now,” Watt said. “They don’t deserve to be kicked by the man who is supposed to be helping them right now.”

Stone dismissed the resignation call, telling Sky News that Watt had “been trying to get me sacked for a while”.

Stone doubled down on the comments, explaining there was “nothing flippant about [them] at all”. “We’ve got people in the bushfire zone who want to build exactly where they were before.”

Stone said although he is currently preoccupied with helping survivors, he had started a conversation about not rebuilding in disaster-prone areas.

“I’ve dealt with every major flood that has occurred in Queensland since 2019.

“I have experienced first-hand the dreadful aftermath, I’ve sat with people whose lives have been destroyed and we just can’t keep going on like that.”

The veteran MP said he has already made the case internally “on numerous occasions” that the scheme needs to be extended nationally to cover fires and floods.

On Friday the assistant treasurer, Michael Sukkar, left the door open to expanding the reinsurance scheme, noting on Sky News that the Australian Competition and Consumer Commission had found that cyclones cause “the most risk, followed by flood risk”.

Asked if the remit needed to expand, Sukkar said: “Given we’ve had such devastating floods two years in a row, there’s no doubt that the funding we are providing will need to find agreement with relevant state governments and local governments to get these projects happening.”

The prime minister, Scott Morrison, acknowledged that advice from the Bureau of Meteorology and others indicates climate change is contributing to more regular and severe natural disasters.

“There’s obviously a lot of change occurring and that’s why we’ve got the policies that we have,” he told 6PR radio.

Morrison said governments needed to deal with “the practical issues” including improving resilience through the NRRA.

“Climate resilience is something that has to become part of our everyday planning and preparations,” he said, without weighing in on the question of insurance.

The Suncorp chief executive, Steve Johnston, has rejected Entsch’s call, despite acknowledging the insurer had supported the reinsurance scheme for northern Queensland.

“All [expanding the scheme] would do would be to pass the buck from the private sector to the public sector, from the insurance market to the taxpayer,” he told ABC radio on Friday.

Johnston suggested governments should spend more on “mitigation and resilience” to save costs, including the “psychological effect” of repeatedly rebuilding damaged homes.

The cyclone reinsurance pool for northern Australia, backed by a $10bn government guarantee, ensures insurers won’t lose money if they offer insurance products in the areas covered. The commonwealth is effectively insuring the insurance companies against any huge losses if they offer disaster cover.

The government expects the pool will reduce premiums by more than $1.5bn over 10 years.

However, a report by the ACCC recommended direct subsidies as a tool for bringing down premiums rather than the reinsurance pool the Coalition ultimately adopted.

The commission in late 2020 found reinsurance pools supported the insurance industry rather than improved affordability. The Insurance Council of Australia backed the ACCC’s findings at the time but now supports the reinsurance pool.

Watt also reiterated criticisms that the Coalition’s $4.8bn emergency response fund has “failed to build a single flood mitigation project” – which the emergency management minister, Bridget McKenzie, has explained is only intended to be accessed when other sources are exhausted.

The fund has only spent $50m of its funding so far, which had been directed to flood mitigation. Another $50m for floods is in the process of being allocated, while a third round of $50m was allocated to the Coastal and Estuarine Risk Mitigation Program two weeks ago.

Stone noted that spending and said Watt’s criticism was “fake news”, adding there had been no need to access the “fund of last resort” because there was “no shortage of funds – I’ve never had a knockback from the Morrison government”. 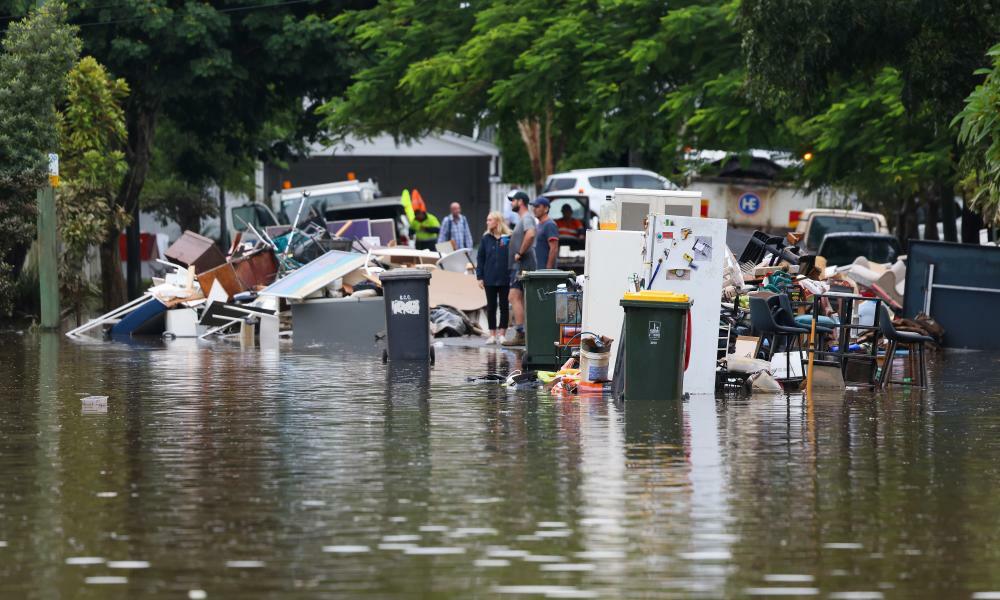 The Guardian - AU
One subscription that gives you access to news from hundreds of sites
Underinsurance 'crisis' grows as climate change worsens floods, fires and extreme weather

Disaster-prone areas of Australia, frequently hit by extreme weather events like floods and fires, could soon become uninsurable unless governments…

ABC News
After the floods comes underinsurance: we need a better plan