Labeled a ‘Challenge’ by NATO, China Signals Its Own Hard-Line Worldview

When NATO put forward a new blueprint for the future last month, the alliance did not mince words on China.

China, NATO declared, was a systemic “challenge,” calling out the country for the first time in its mission statement. The country’s policies were “coercive,” its cyberoperations “malicious” and its rhetoric “confrontational.” Together with Russia, Beijing was striving to “subvert the rules-based international order,” the alliance said — efforts that “run counter to our values and interests.”

For Beijing, the forceful declaration by NATO reinforced a sense that China is being encircled by hostile powers bent on hobbling the country’s ascent. Adding to that concern, the NATO summit included, also for the first time, the leaders of four Asia-Pacific countries: South Korea, Japan, Australia and New Zealand.

“This is very serious,” said Shi Yinhong, a professor of international relations at Renmin University in Beijing. “It frames China as an adversary in a global perspective, not only in the Pacific and in East Asia, and it does so in a formal document.”

Far from retreating, Beijing has signaled a dogged commitment to its hard-line security approach, including by building up its own spheres of influence.

Chinese officials angrily rebuked NATO, accusing the alliance of using Cold War strategies to contain the country. On Wednesday, an unnamed spokesperson for China’s mission to the European Union accused NATO of “provoking confrontation” and vowed to respond with “firm and strong” measures.

The mission statement “claims that other countries pose challenges,” read the statement. “But it is NATO that is creating problems around the world.”

The new NATO mission statement, also known as a strategic concept, was released in Madrid last month during a meeting of the bloc’s 30 member countries. While the alliance identified Russia as its primary adversary, China loomed in the background.

Days before the NATO summit, leaders of the Group of 7 countries announced plans to raise $600 billion to expand global infrastructure investment in developing countries. It is designed to counter Beijing’s Belt and Road Initiative, a big money push to build ports, rail lines and telecommunications networks around the world — and shore up China’s diplomatic ties in the process.

Such moves are part of the Biden administration’s ongoing effort to strengthen global alliances in the face of China’s growing economic, political and military might. In the last year, the administration has announced that the United States and Britain would help Australia develop nuclear-powered submarines; created a new economic bloc with about a dozen Asia-Pacific nations; and strengthened relations within the so-called Quad coalition of Australia, India and Japan and the United States.

Among NATO countries, particularly France and Germany, there has been some reluctance to follow Washington’s tough stance on China, in part over economic ties. China is the European Union’s second-largest trading partner, while Germany’s auto industry, a huge engine for the country’s economy, is heavily dependent on the Chinese market.

But concerns have grown in recent years following China’s crackdown on Xinjiang and Hong Kong and its increasing assertiveness over the South China Sea and Taiwan, a self-governed island that Beijing claims as its own territory. China’s push to rapidly expand its nuclear arsenal has also set off alarm bells, as has its willingness to leverage economic ties for political purposes. Beijing, for example, cut off trade with Lithuania for allowing Taiwan to open a “Taiwanese representative office” in its capital.

The uneasiness intensified after China’s leader, Xi Jinping, declared in early February that his country’s friendship with Russia had “no limits,” just days before Moscow launched its attack on Ukraine. Since then, Chinese leaders have declined to condemn Russia for the invasion, instead blaming Washington and NATO for goading Moscow with the alliance’s expansion in Central and Eastern Europe.

In some NATO countries, negative views of China remain at or near historic highs, according to a new Pew Research Center survey published Wednesday.

“China is not our adversary,” Jens Stoltenberg, NATO’s secretary-general, said Wednesday. “But we must be clear-eyed about the serious challenges it represents.”

Born in the Cold War, NATO has traditionally been focused on North America and Europe. But the alliance has signaled increasing concerns about China, mentioning the challenge of its military ambitions in a communiqué for the first time last year.

In the months leading up to the NATO summit, Xi dispatched senior diplomats to Europe to address concerns about Beijing, said Noah Barkin, a Berlin-based analyst for the Rhodium Group. The outreach fell flat.

“They were not offering anything new,” said Barkin. “They could not address European concerns about Beijing’s rhetorical support for Russia.”

Some analysts say there is a deepening sense that confrontation is the reality of this new era. It is grounded in Xi’s worldview that China must reclaim its rightful place as a global power. Speaking Friday on the 25th anniversary of Hong Kong’s handover from Britain, Xi noted how China’s “sons and daughters strove to survive and save the country” in the face of humiliation at the hands of British colonizers.

For Xi, projecting an image of strength to the domestic audience is important right now as he prepares to take an unprecedented third term in the fall.

“China’s strong development is our strategic goal, and this will not change,” said Song Zhongping, an independent Chinese military analyst.

Despite enshrining China in its mission statement, NATO has not committed itself to direct military involvement in the Pacific. But for China, the declaration raises questions about whether the alliance would get involved in future disputes over issues in the region.

While Washington for decades has deliberately left vague how the United States would react if Taiwan were ever attacked by China, Russia’s invasion of Ukraine has brought the issue to the forefront. In May, President Joe Biden signaled that the United States was prepared to intervene militarily in such a scenario.

“In the future, Chinese war planning or security will have to take into consideration not only the U.S. as a potential enemy, but also NATO,” said Yun Sun, director of the China Program at the Stimson Center in Washington.

A White House official said last month that the administration did not see the participation of the four Asia-Pacific countries as a move toward the creation of an “Asian version of NATO.” But the prospect remains a concern for Beijing.

Before the Madrid summit, the Global Times, a state-backed nationalist tabloid, strongly condemned the participation of Japan, South Korea, Australia and New Zealand in the meetings.

“It’s an extremely unwise choice for any Asia-Pacific country and is bound to damage that country’s strategic trust with China, inevitably leading to consequences,” read the editorial. “The sewage of the Cold War cannot be allowed to flow into the Pacific Ocean.”

Determined to show that it is not isolated, Beijing has accelerated efforts to build up its own partnerships. In recent months, Beijing has sought to expand its military and economic presence in the South Pacific.

Last month, Xi spoke virtually to leaders from the BRICS economic bloc — which includes Brazil, Russia, India and South Africa — and touted Beijing as an open and cooperative multilateral partner. He contrasted China’s approach with what he called the “bloc-based” and “zero-sum” strategy of other countries. He called on nations to join China’s new Global Security Initiative and its Global Development Initiative, two loosely defined campaigns.

“China is in a rush to gather friends to break isolation and to break down U.S. and Western alliances,” said David Arase, a professor of international politics at the Hopkins-Nanjing Center.

Some officials in NATO countries have expressed unease about lumping Russia and China together, arguing that it could backfire. Last month, Jens Plötner, a top German foreign policy adviser, warned that attempts to decouple economically from China would result in a “self-fulfilling prophecy” by driving Beijing and Moscow even closer together.

But any attempts by Beijing to exploit such disagreements within the bloc would not go unnoticed, the alliance warned in its mission statement.

“We will boost our shared awareness, enhance our resilience and preparedness, and protect against the PRC’s coercive tactics and efforts to divide the Alliance,” it said, referring to the People’s Republic of China.

The New York Times
In Italy, Where Pizza Was Born, Domino’s Bows Out
ROME — It turns out that Italians don’t necessarily like pineapple on their pizza, after all. Or at least not… 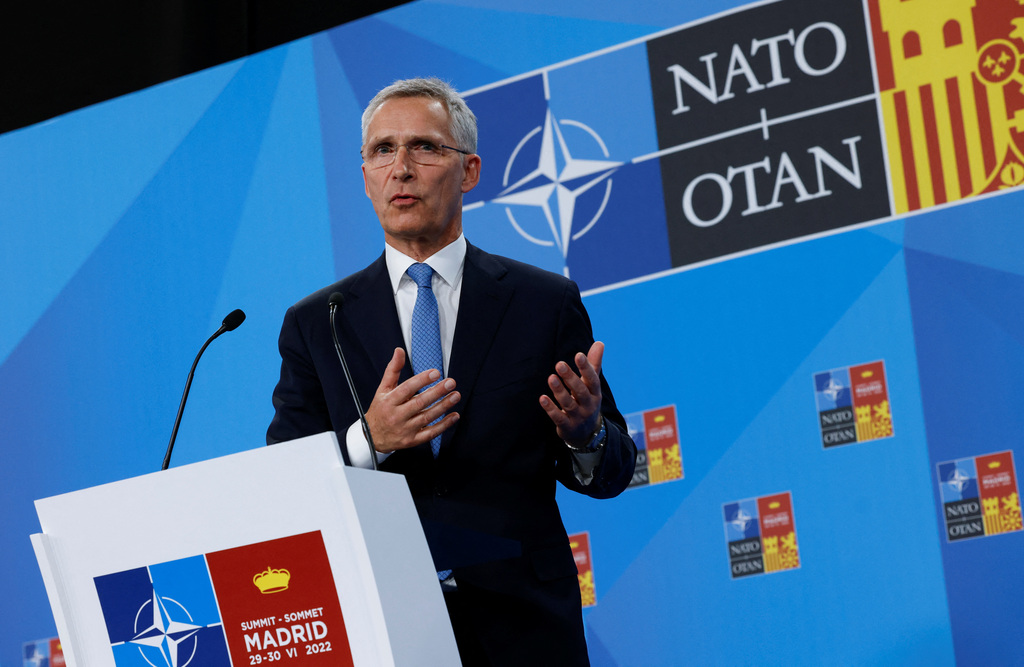 NATO declares China a security challenge for the first time
NATO lists China as one of its strategic priorities for next decade, saying Beijing’s policies challenge its security.

The bloc agreed to a new strategic framework with focus on Russia and pledge to boost capabilities during Madrid summit.

The New York Times
In Italy, Where Pizza Was Born, Domino’s Bows Out
ROME — It turns out that Italians don’t necessarily like pineapple on their pizza, after all. Or at least not…