Kylian Mbappe has agreed a staggering new three-year deal to stay at Paris Saint-Germain - and Zinedine Zidane could now replace Mauricio Pochettino as coach next season.

But La Liga have issued a statement claiming the biggest deal in football history was “scandalous” and promised to report PSG to UEFA and the EU. After years of being courted by Real Madrid, the Ligue 1 winners announced Mbappe was staying before PSG’s final match of the season against Metz.

In an extraordinary statement released by La Liga, they have outlined their frustrations at Mbappe signing a lucrative new deal with the French champions and has questioned finances and felt that they should have not been allowed to re-sign the 2018 World Cup winner.

The statement read: “Faced with Kylian Mbappé's possible announcement of remaining at Paris Saint-Germain, LaLiga wishes to state that this type of agreement threatens the economic sustainability of European football, putting hundreds of thousands of jobs and sporting integrity at risk in the medium term, not only from European competitions, but also from our domestic leagues.

“It is scandalous that a club like PSG, which last season lost more than 220 million euros, after having accumulated losses of 700 million euros in recent seasons... can face an agreement of these characteristics while those clubs that could accept the arrival of the player without seeing their wage bill compromised, are left without being able to sign him.

“ LaLiga is going to file a complaint against PSG before UEFA, French administrative and tax authorities and before the competent bodies of the European Union , to continue defending the economic ecosystem of European football and its sustainability.”

Can Paris Saint-Germain finally win the Champions League with Kylian Mbappe extending his stay in Paris? Have your say in the comments section.

Speaking on the deal, which was announced on Saturday night, PSG president Nasser Al-Khelaifi said: “I have got good news to announce - Kylian Mbappe is going to stay until 2025.”

Standing on a podium on the Parc des Princes pitch holding a shirt with 2025 on the back, Mbappe said: “I’m really happy to continue the adventure here at Paris Saint-Germain. To stay in Paris, my city. I hope I am going to continue to win trophies here.”

After years of being pursued by Real Madrid and only a month before going out of contract, the Frenchman phoned the Spanish club’s president Florentino Perez to say that he is staying at the Parc des Princes.

Real Madrid failed to sign Mbappe before he joined PSG from Monaco in 2017 - and with three bids of €160m, €180m and €200m last summer when he had less than 12 months left on his contract. The La Liga statement said that the economics of the PSG deal “endangers European football on the same level as the European Super League.” 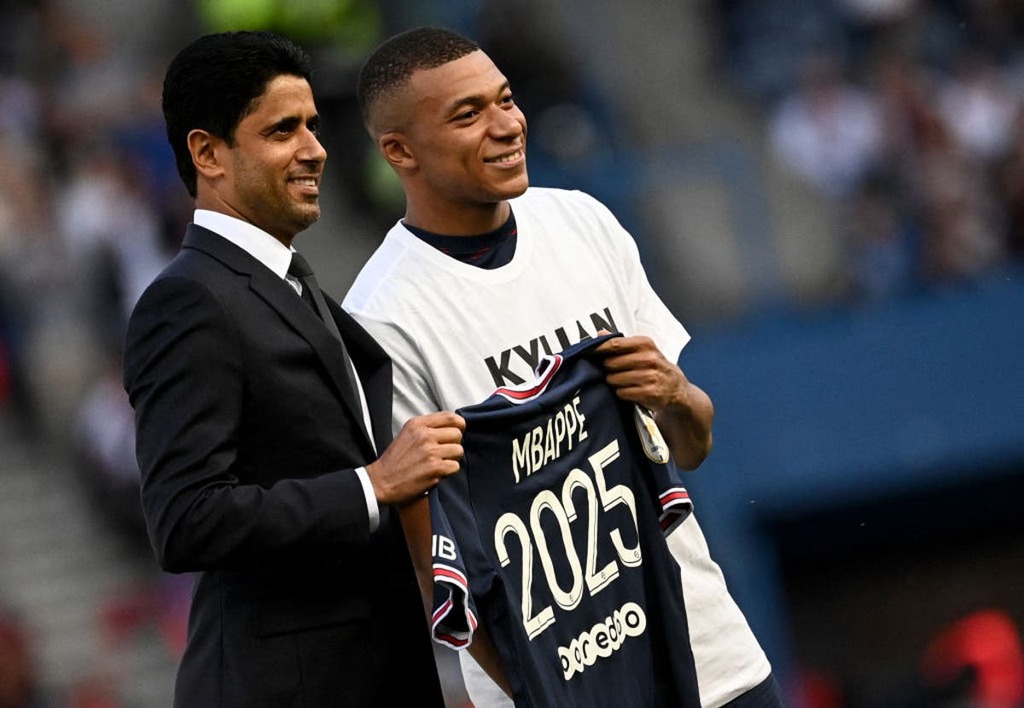 Mbappe signed a huge deal to stay in Paris, but World Cup winner Bixente Lizarazu has warned Paris Saint-Germain they…