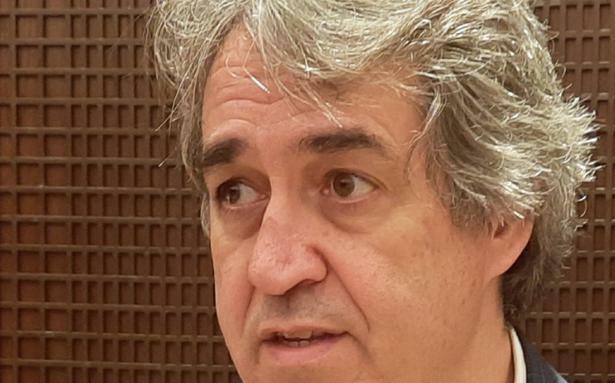 Evening Standard
One subscription that gives you access to news from hundreds of sites
Punjab FC, Neroca aim to end I-League campaign on a positive note

Pushed to the No.5 spot in the I-League table after Sreenidi Deccan FC’s resounding 3-1 victory to end table toppers…

La Liga hopes to bring more teams to India by 2023

KOCHI: La Liga India managing director Jose Antonio Cachaza said on Wednesday that he is targeting the summer of 2023 at the earliest to bring Spanish clubs to the country. Girona FC became the first La Liga side to play in India when they took part in the La Liga World tournament along with Kerala Blasters and Melbourne City FC at Kochi in 2018.

"To organise the travel is very difficult and expensive. You need time to plan. You need security. We also have to work with local promoters, but nobody will get into such an expensive project without having a guarantee that there will be no more lockdowns. There are uncertainties, but that does not make it impossible," said Cachaza who was in Kochi to mark five years of La Liga Office in India.

"Our target will be the summer of 2023. Before that, it's impossible. You do not see many European clubs coming to Asia in general post-Covid," he said.

Cachaza also revealed that the pandemic had played spoilsport to their plans to host matches involving La Liga sides in India. "In 2020, we were in talks to bring more teams to play in india. We were in the early stages of discussion, but we had to abandon it due to Covid-19 and lockdowns," he said.

"To bring Real or Barca is like organising a concert of the Rolling Stones. It's an expensive matter. Barcelona will get around €5 million (around Rs 41 crore) to play a friendly in Australia this month. The availability of dates is also a major concern. So, we need to work around these hurdles to make it happen," he said.

According to La Liga, 23 percent of the league's viewership in India comes from Kerala. Within the south cluster, 42 percent of the audience tune-ins for the live matches come from the Kerala market as well.

Evening Standard
One subscription that gives you access to news from hundreds of sites
Punjab FC, Neroca aim to end I-League campaign on a positive note

Pushed to the No.5 spot in the I-League table after Sreenidi Deccan FC’s resounding 3-1 victory to end table toppers…