‘We have a place for you’: California county recruits unvaccinated deputies

A sheriff’s department in southern California is encouraging law enforcement officers who oppose vaccine mandates to “take back [their] freedom” and apply for jobs with the department.

The Kern county sheriff’s office released a video last week inviting applications from deputies within Los Angeles county, where officials passed an order that could lead to the termination of thousands of county workers who haven’t received the Covid-19 vaccine or provided a religious or medical exemption.

“Drive north, we have a place for you … Kern county is a community that backs the blue,” the minute-long ad says as country singer George Strait sings The Weight of the Badge, a song paying tribute to police.

Covid-19 vaccination rates inside the LA sheriff’s department have lagged far below that of the public with just 54% of workers fully vaccinated, despite a vaccination mandate for county employees. Last week the county board of supervisors moved to shift vaccine mandate enforcement power away from LA county Sheriff Alex Villanueva. Villanueva, who has criticized mask orders and said he will not fire workers who refuse the vaccine, said such an act could lead to more than 4,000 unvaccinated deputies losing their jobs.

The sheriff’s office in Kern county, a deeply conservative expanse located immediately to the north of Los Angeles, responded with its video the next day. “So take back your freedom, and APPLY today to work at the Kern county sheriff’s office. You deserve a job that welcomes you and your values, with open arms.”

The battle over vaccine mandates for law enforcement in southern California highlights the divide over Covid health rules across the state. Vaccination rates continue to lag in more rural and conservative regions of California, where 70% of all residents are vaccinated. Outrage over Covid-19 restrictions led to the ouster of a Republican county supervisor in Shasta county, handing control of the board of supervisors to a militia-supported group.

“There’s a substantial number of deputies that already work here that aren’t vaccinated,” he said. “I have no idea [how many] and don’t care,” Youngblood said at the press conference.

Though vaccination rates among law enforcement across the state have trailed behind the statewide rate, Youngblood said Kern county specifically wanted to target LA deputies. “The reason we reached out specifically to LA is there will be 4,000 deputy sheriffs if this were to happen that have real families have real children have real bills that could be unemployed because they refuse to take the vaccination.”

Youngblood, who falsely claimed the vaccine doesn’t help or stop the spread of Covid, added that his department has 125 deputy positions it is struggling to fill. “Our substations are about half-staffed. And it really boils down to this: when you call 911 and it’s an emergency and you really want a deputy there, are you gonna ask him if he’s vaccinated or not?”

Covid-19 was the leading cause of death for law enforcement killed in the line of duty in 2021 across the US, which saw the highest number of line-of-duty officer deaths since 1930. According to a report from the National Law Enforcement Memorial and Museum, preliminary data shows Covid killed 301 of 458 active federal, state, tribal and local law enforcement officers who died last year.

• The subheading of this article was amended on 16 February 2022 because an earlier version said only 54% of LA county employees are vaccinated. To clarify: the figure of 54% relates to those vaccinated in the LA sheriff’s department. 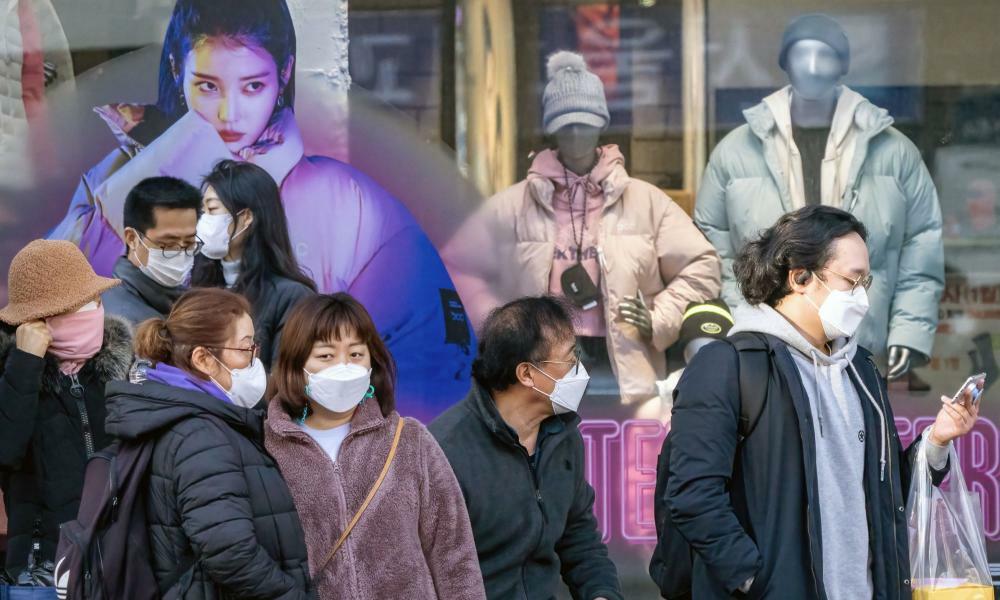 New rules will go into place at 12.01am on Wednesday say health officials

Police described the nature of the crime as ‘very gruesome’

The busiest US-Canada border crossing has reopened after protests against Covid-19 restrictions closed it for almost a week.

Just eight COVID-19 deaths were reported by the Illinois Department of Public Health on Monday, the state’s lowest daily death…