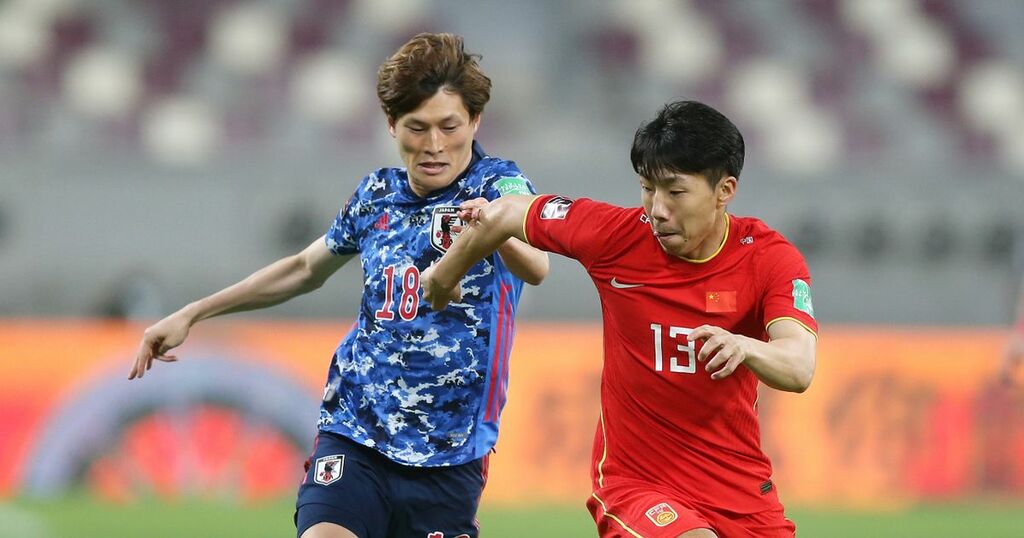 Kyogo Furuhashi could be facing an injury layoff at Celtic after limping out of Japan's World Cup qualifier against China.

The forward has made a blistering start to life in the Scottish Premiership and has been the standout new recruit so far for boss Ange Postecoglou.

He was benched against Oman in a shock 1-0 defeat but manager Hajime Moriyasu brought the key figure back into the starting line-up for the clash at the Khalifa International Stadium in Doha.

However, an awkward coming together with midfielder Jin Jingdao has led to Kyogo leaving the pitch while holding his knee in the second half.

There appeared to be minimal contact between the two players and the extent of the injury remains unclear.

He was replaced by Genki Haraguchi following treatment on the sidelines in the clash between two of Asia's biggest rivals.

The clash in China is the last fixture for the attacker before he returns to Glasgow's east end.

It will be concerning viewing for Postecoglou and the Parkhead support as they look to bounce back from derby day defeat to Rangers.

They face Ross County on Saturday before the Europa League group stage opener in Seville against Real Betis.