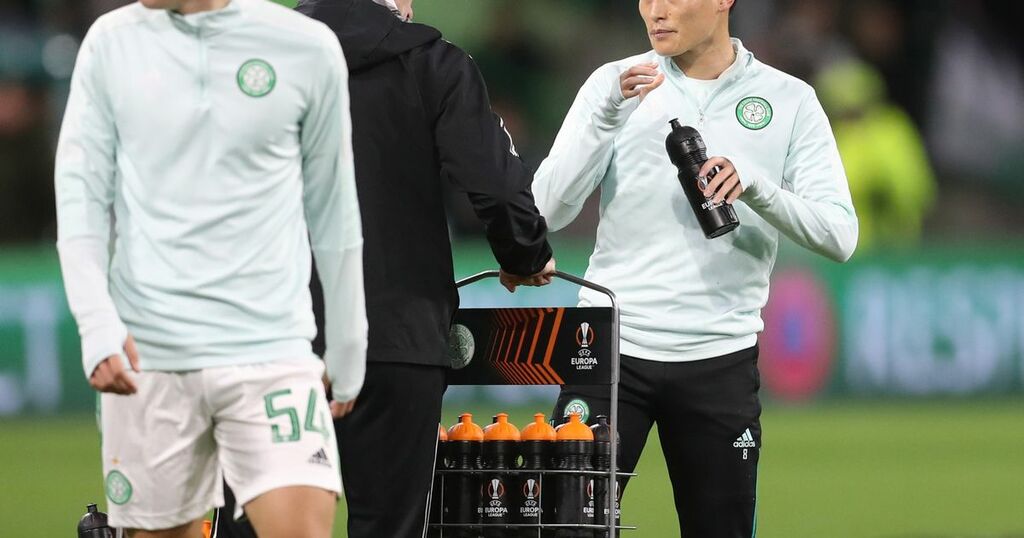 Celtic star man Kyogo Furuhashi has praised the club's medical staff for getting him back on track and insists he has fully recovered from his knee injury.

The Japanese star was expected to miss seven games for Celtic with a knee injury but made a quick-fire return against Bayer Leverkusen last week in the Europa League before scoring the opening goal at Pittodrie in the weekend win.

Furuhashi is preparing for Japan's World Cup double-header against Saudi Arabia and Australia and he's put his rapid recovery down to the backroom staff at Parkhead.

He said: "There is no problem at all now with my knee.

"And for that, I must thank the people at my club for their cooperation and support so that I have been able to return quickly. I am grateful for them.

"I know there has been a lot of talk about what is my best position for Japan. In my opinion, it's important not to just stick to a fixed position. If you can play your own way and do your own thing, it can be good for the team.

"What matters is not where I play, but collecting wins for Japan in two very important games for us.

"I enjoy this kind of pressure. I can only hope I can contribute to the team by doing the best I can and playing well.

"Hopefully, it will help us go a long way to qualifying for the World Cup."