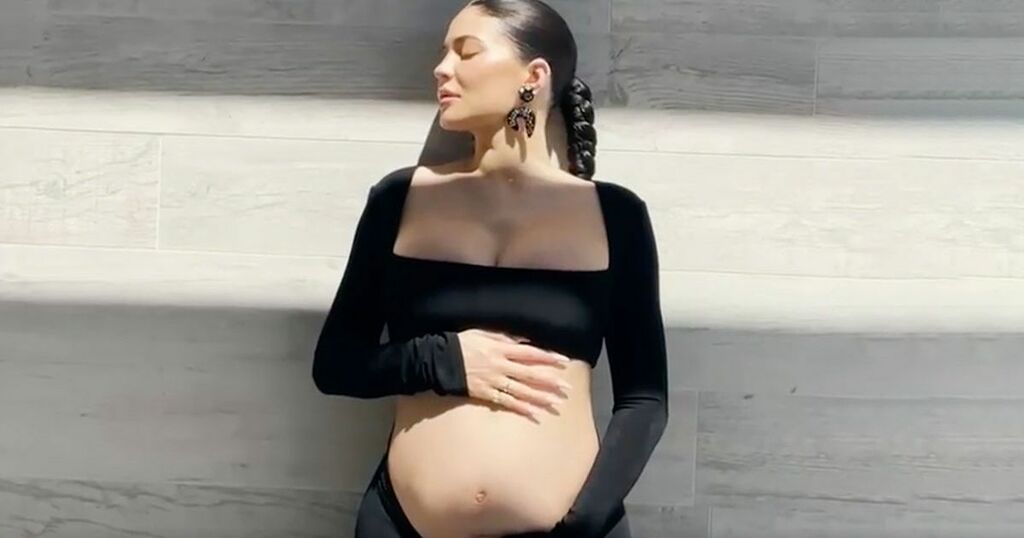 Kylie Jenner has revealed that she is expecting her second baby with partner Travis Scott.

Rumours had been circulating the last few weeks that the 24-year-old was expecting again but now the mum-of-one has confirmed that baby number two is on the way.

Kylie posted an adorable video on her Instagram grid, revealing the moment she found out she was once again with child.

In the video, Kylie can be seen holding a pregnancy test while boyfriend Travis Scott hugs her stomach.

The video then cuts to the couple in the car and Kylie telling their three-year-old daughter Stormi "Are you ready to go to mommy's doctor?"

The beaming star is then told at her sonogram that she's "days away from a heartbeat" before Stormi hands Kris Jenner pics from the scan.

Kylie's mum, 65, gasps and excitedly asks: "What is this?" before taking a look and asking her daughter if she's pregnant. After she's told the brilliant news, she elatedly says it's one of "the happiest days of my life".

The couple appear to be absolutely over the moon with the news of their latest addition as do Kylie's family who quickly took to the comments section of the Instagram post to share their excitement.

Kylie's oldest sister Kourtney, 42, gushed: "Crying this is so beautiful my blessed angel sister," while 25-year-old Kendall said: "I can't handle it."

And Kylie's mum Kris once again congratulated the couple. She wrote: "Crying all over again. what a special and amazing Blessing and gift God has given you!!!"