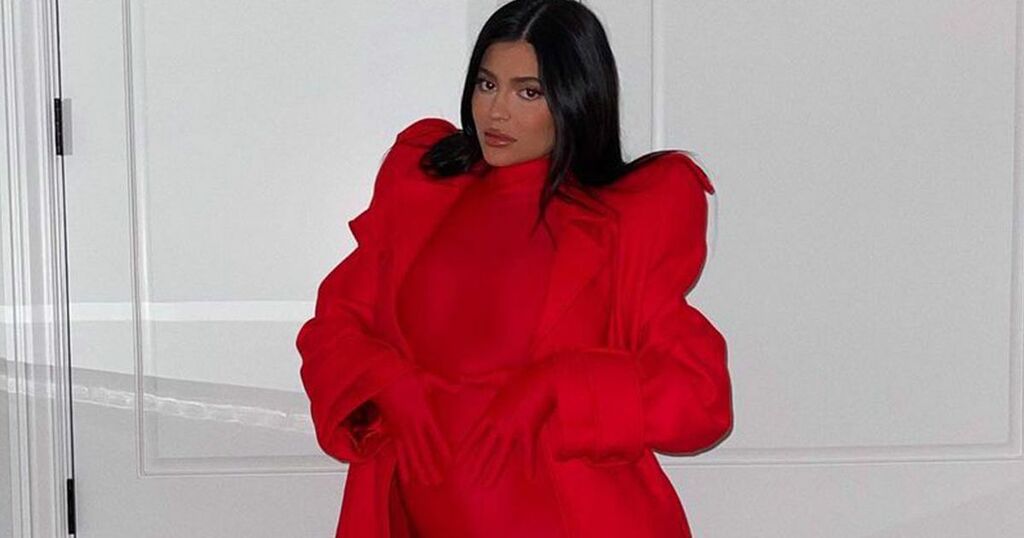 The Kardashian-Jenner family are never afraid to take fashion risks.

And pregnant Kylie Jenner, 24, proved that sister Kim Kardashian, 40, is her wardrobe inspiration as she slipped her growing stomach into a pillar-box red catsuit for a series of snaps shared on her Instagram page.

The soon to be mother-of-two caught the eye as she styled up the bold look that fully covered her body from the neck down with the help of spandex gloves, a form-fitting body and tights that meshed into heeled shoes.

Kylie completed her ensemble with a matching red jacket that wrapped around her shoulders and toted a red bag printed with a floral design.

The social media-savvy personality tagged the designer of the look, Richard Quinn, and captioned the upload with a red heart and fire emoji.

The make-up mogul's style seemed to be inspired by her sibling Kim - who recently rocked up to the Met Gala in a bodysuit that completely covered her skin, including her famous face.

The reality star was mocked when she took to the Met Gala red carpet with her dating look - with it being compared to the Dementors in Harry Potter in one thread on Twitter.

While some were supportive of Kim, there was a big wave of doubters who questioned what she was trying to represent when the theme for this year's gala was “American independence”.

Kim responded to the critics, saying that her creation couldn't have made her "more American", as she posted a pic of her on the red carpet at the Metropolitan Museum of Fine Arts.

She told her fans and critics: "What’s more American than a T-shirt head to toe?!"

In recent weeks, Kim has been spotted in equally as quirky looks and seems to be a big fan donning an all in one catsuit, long gloves, high necklines and heeled leggings.

Kylie is expecting her second child, a sibling for her and Travis Scott' daughter Stormi. And whilst she has lots of business ventures, the reality star describes motherhood as "something she was always meant to do".

"Motherhood really feels like something I was always meant to do. Watching Stormi experience everything for the first time has been the best part of these last few years," she told Elle.com.

"Motherhood is such a balancing act, and I just try to take one day at a time."