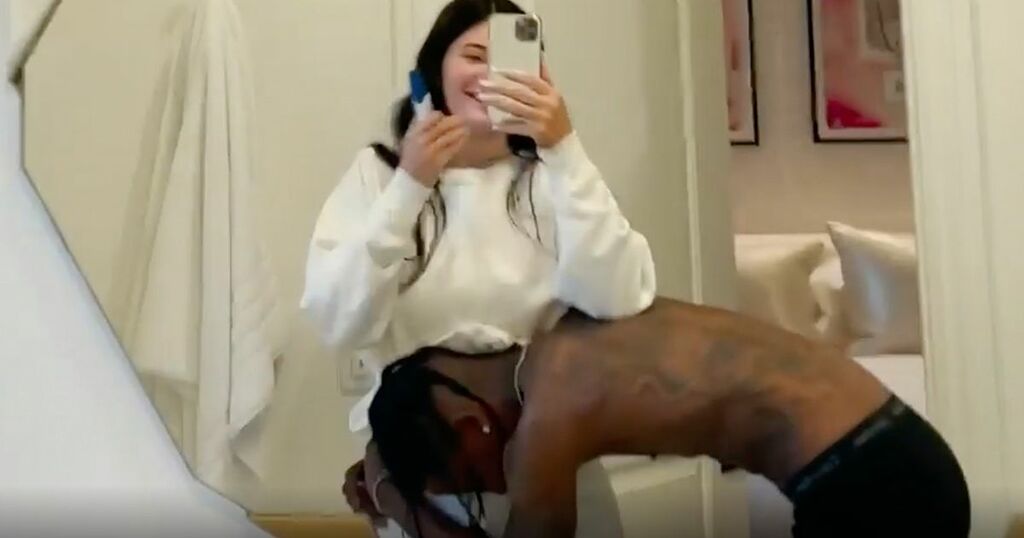 Kylie Jenner has confirmed she is pregnant with her second child.

The model posted a sweet video to social media showing a positive pregnancy test before taking viewers on a journey of the news to date.

The video shows the 24-year-old mother-to-be holding a pregnancy test while Travis Scott clutching her and hugging her stomach.

The emotional clip then flicks to couple in the car and Kylie telling their three-year-old daughter Stormi "Are you ready to go to mommy's doctor?"

The beaming star is then told at her sonogram that she's "days away from a heartbeat" before Stormi hands Kris Jenner pics from the scan.

Kylie's mum, 65, gasps and excitedly asks: "What is this?" before taking a look and asking her daughter if she's pregnant. After she's told the brilliant news, she elatedly says it's one of "the happiest days of my life".

With sweet music continuing to play, the short clip then shows Kylie's ever-growing tummy as she caresses it.

In lovely scenes, Stormi watches on as her mum has another scan and the youngster later kisses her mummy's tummy.

Travis and Kylie seem overjoyed with the news of their latest addition - as do Kylie's family who quickly took to the comments section of the Instagram post to share their excitement.

Oldest sis Kourtney, 42, gushed: "Crying this is so beautiful my blessed angel sister," while 25-year-old Kendall said: "I can't handle it."

Unable to hide her excitement, grandmother-to-be Kris again shared her happiness. She wrote: "Crying all over again. what a special and amazing Blessing and gift God has given you!!!"

While Kylie doesn't let her fans know when exactly she is due, she continued to show her expanding tummy, revealing she was several months along her journey.

Kylie and on-off partner Travis welcomed their first child together in February 2018. The pair then split in 2019 after two years of dating, but remained close friends.

It was reported earlier this year that the pair had reconnected romantically with sources telling E! News in February that the duo were still "madly in love with each other."

In June, the same publication was told that the couple were happier than ever.

Rumours of the star's pregnancy have been circulating for several weeks now as eagle-eyed fans continuously examined her social media behaviour.

And she was reportedly fuming last week when dad Caitlyn Jenner seemingly revealed her big news.

Heat Magazine claimed that her plans to keep the news a secret were derailed after 71-year-old father Caitlyn appeared to let the cat out of the bag during an interview earlier this month.

A star close to Kylie told the publication: “Kylie swore everyone in her family to secrecy about this, and even made some of her staff sign NDAs. So, for her own father to do this so brazenly is beyond infuriating.

“She wanted to wait until after the baby was born to tell the world. She’s been shooting a video for her YouTube channel and was planning to share it when she felt the time was right.”