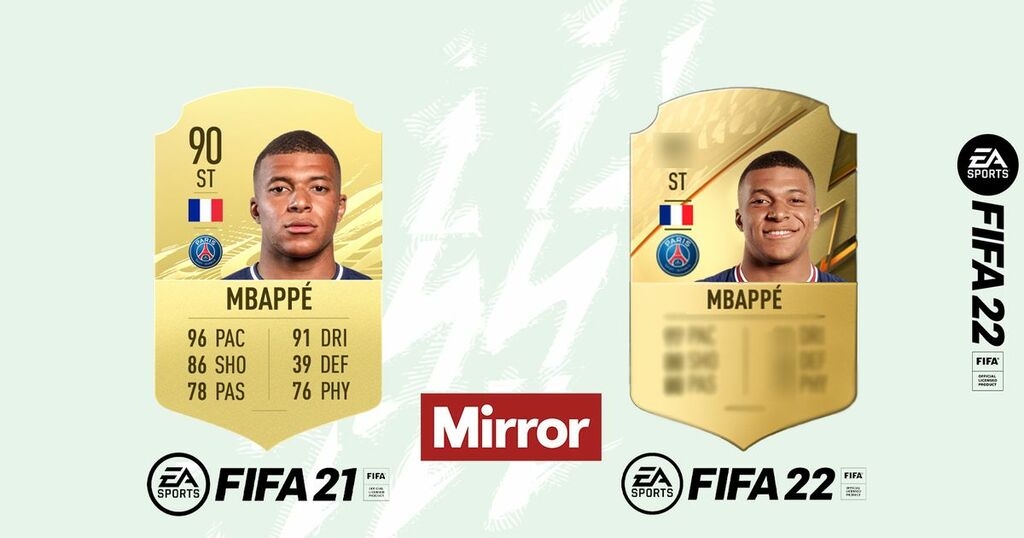 With EA Sports' FIFA 22 set to drop on October 1, 2021, the rating of Paris Saint-Germain forward Kylian Mbappe has been leaked this morning, adding to the hype around the game's release with FIFA fans all over the world anticipating one of the best FIFAs to date.

With under a month until the release of the game, EA Sports have yet to announce or hint at any official ratings of players apart from the newest additions to FIFA 22 Ultimate Team, FUT heroes, with ex-Premier League stars Ole Gunnar Solskjaer, Tim Cahill and Robbie Keane all having their ratings revealed over the past few days.

Mbappe has been the FIFA cover star for the last two years, and the French international 'leaked' his official rating on his Instagram this morning, with his FIFA card receiving an upgrade from FIFA 21.

On his Instagram story, Mbappe uploaded a short video with a picture of himself and his official FIFA 22 card, captioned with just two emojis; the eyes emoji, and a star emoji.

The Instagram story also had the logo of FIFA's 'The Ratings Collective', the same logo used in all of FIFA 21's rating releases last year.

Mbappe's FIFA 22 card has received a +1 overall increase from 90 to 91, ensuring he's one of the highest-rated players in EA Sports' latest installment of their FIFA franchise.

His pace has increased from 96 to an incredible 97 out of 99, and the 22-year-old's shooting and passing have both increased by two, making them 88 and 80 respectively.

His dribbling has increased from 91 to 92 and his physical from 76 to 77, however his defending has decreased from 39 to 36.

Borussia Dortmund's Jude Bellingham also had his rating leaked this morning, with the 18-year-old midfielder posting his official FIFA 22 rating on his Instagram story ahead of the game's release.

FIFA 22 will be released in the UK and worldwide on Friday, October 1, 2021. The Standard Edition of FIFA 22 will follow the worldwide release date, however, due to the four-day early access available with the Ultimate Edition, you can play the game from Monday, September 27th, 2021..