Kylian Mbappe has expressed his gratitude to Real Madrid fans despite snubbing the La Liga champions in favour of a mega-money contract renewal with Paris Saint-Germain.

The French forward has been the subject of an epic transfer tug-of-war between the two European giants for the past year or so, but one of football's most fascinating sagas has finally drawn to a close. Despite months of speculation suggesting Mbappe was set to join the Spanish side on a free transfer upon the expiry on his contract, the 23-year-old has since opted for a spectacular U-turn.

The World Cup winner will now remain in the French capital, having penned a mega-money three-year deal to keep him at the club until 2025. Having confirmed his decision to remain with PSG prior to his side's final Ligue 1 match of the season on Saturday, Mbappe's contract renewal was then made official during a press conference on Monday - an address in which he also sent a message to Real Madrid's fans.

Speaking at the PSG press conference, Mbappe said: "A message to Real Madrid fans? I want to say thank you, as they always accepted me as one of them. I understand their disappointment, and I hope they understand that I wanted to stay in my country."

With two mammoth contracts reportedly on the table from both Real Madrid and PSG, Mbappe opted to snub Los Blancos - the club he supported as a boy - in order to remain in his native France. On Monday, the superstar striker confirmed he contacted Real Madrid president Florentino Perez directly to inform him of his eagerly-anticipated decision.

Mbappe added: "Is the Real Madrid door closed? I don't know what will happen in the future. Me and Florentino Perez have a close relationship. I don't know where I will be in three years.

HAVE YOUR SAY! Do you think Kylian Mbappe has made the correct choice in snubbing Real Madrid for a PSG stay ? Comment below

"I have respect for Real Madrid an Florentino Perez. They did everything for me and tried to make me very happy. So I had to call him personally, we have a close relationship with him."

Mbappe also took the opportunity to address speculation that, in addition to standing to earn a staggering £1million-per-week after agreeing to a signing on fee in the region of £100m, the terms of his new PSG deal would see him possess an influence over key decisions at the club, such as who the next manager and sporting director should be. The forward denied such rumours.

He said: “I remain a football player. I am part of a team. I will never reach above my role as a player.”

Mbappe was joined at the press conference by PSG president Nasser Al-Khelaifi, who took the opportunity to hit back at La Liga after the Spanish organisation branded the the biggest deal in football history as “scandalous” and promised to report the French giants to UEFA and the EU. Al-Khelaifi said: "We never announced the numbers.

"Money was not the most important as you believe in Spain. The most thing was the sports project. Real Madrid would have paid him more than us. I repeat and confirm."

Despite continued speculation surrounding his future, Mbappe has refused to allow incessant transfer talk affect his performances on the pitch this season. The forward hit a stunning 39 goals and registered a further 26 assists across 46 appearances in all competitions for PSG this campaign, helping them reclaim the Ligue 1 crown. 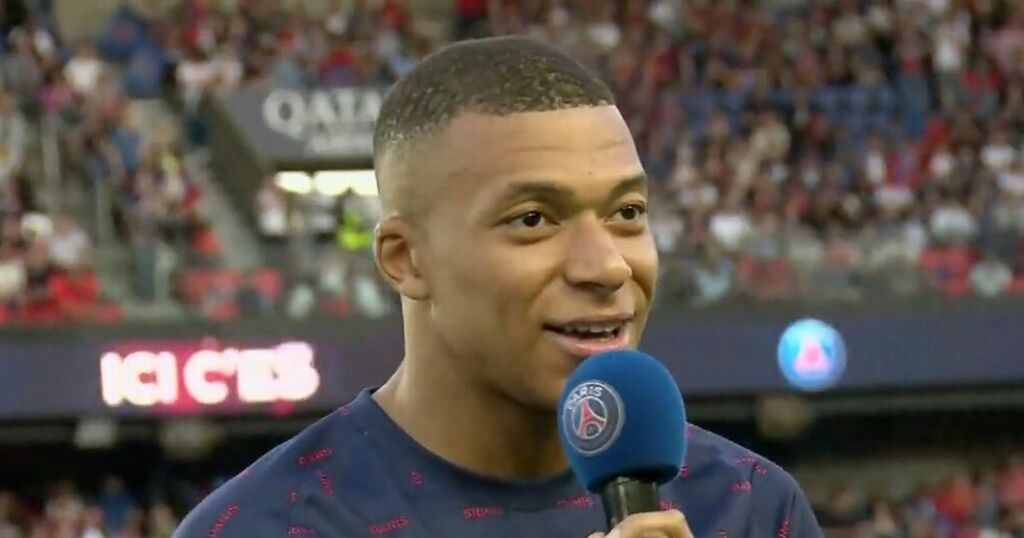 Daily Mirror
From analysis to the latest developments in health, read the most diverse news in one place.
Kylian Mbappe insists Real Madrid dream is ‘never over’ despite signing new PSG contract

Paris Saint-Germain star has spoken after he signed a new deal at the club and snubbed Real Madrid.