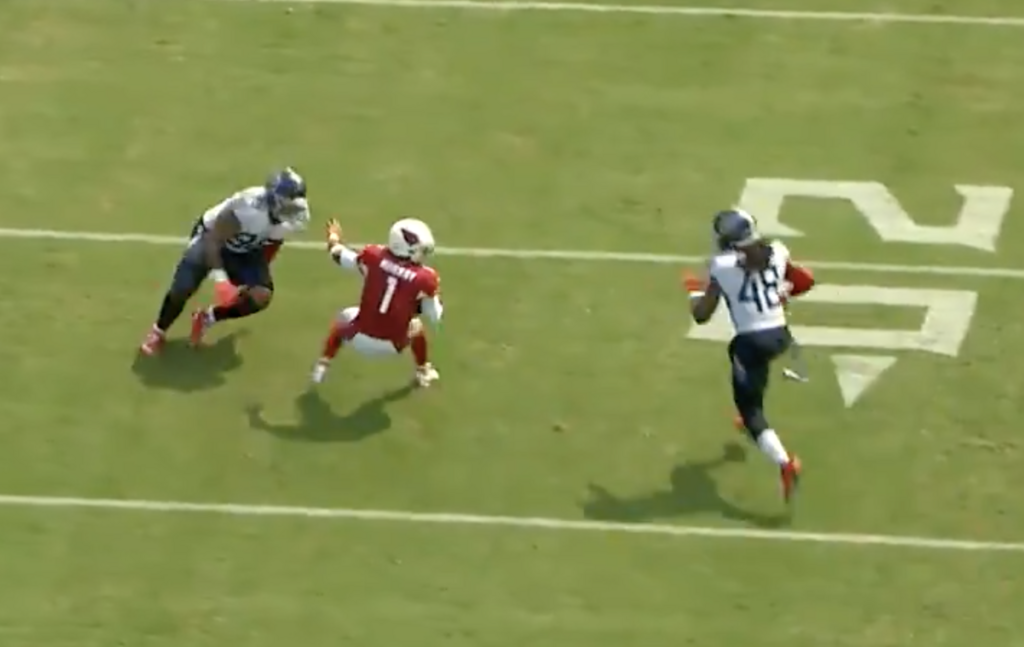 It didn’t take long for Kyler Murray to produce one of the more ridiculous plays we’ll see this season. He only needed one half.

The Arizona Cardinals made an early statement in the first half of Sunday’s season opener against the Tennessee Titans. The Arizona defense held the Titans to just six points and 116 yards in the first half, and on the other side, Murray did what he does best.

He made the opposing defense look helpless with a video-game-like play.

On a third-and-long play in the second quarter, Murray scrambled out of the pocket, stopped, changed directions, stopped again and dropped back — all while evading defenders — to connect with Rondale Moore for a first down.