Kyiv (Ukraine) (AFP) - A Ukrainian court found a young Russian soldier guilty of war crimes Monday for killing a civilian and handed him a life sentence, in the first verdict of its kind since Russia's invasion three months ago.

The judgement came as President Volodymyr Zelensky urged political and business elites at the World Economic Forum to end all trade with Russia and keep supplying his country with weapons.

Russian attacks have been pummelling eastern Ukraine for weeks, but all eyes Monday were on the capital Kyiv, in the landmark trial against 21-year-old Russian serviceman Vadim Shishimarin.

The sergeant from Siberia had admitted in court to killing a 62-year-old civilian, Oleksandr Shelipov, in the village of Chupakhivka in northeast Ukraine.

He claimed he shot Shelipov under pressure from another soldier as they tried to retreat and escape back into Russia in a stolen car on February 28.

Shishimarin apologised and asked Shelipov's widow for forgiveness, adding: "I was nervous about what was going on.I didn't want to kill."

But prosecutors claimed he shot between three and four bullets with the intention of killing the civilian.

Judge Sergiy Agafonov announced the life sentence for war crimes against Shishimarin as the Russian looked on from the glass defence box.

He was also found guilty of premeditated murder, which Agafonov said had been committed with direct intent.

Shishimarin's lawyer Viktor Ovsyannikov said he would appeal the "most severe" verdict, adding that "you can feel societal pressure" on the decision.

The landmark ruling is expected to be followed by others.Ukraine has opened thousands of war crimes cases since Moscow's invasion.

International institutions are also probing abuses allegedly committed by Russian forces in places such as Bucha and Mariupol, which have become emblematic of the destruction and suffering of the war.

At the World Economic Forum in Davos, from which Russians have been barred this year, Zelensky made a fresh appeal to Western gatherings and parliaments for them to maintain support for his country.

He revealed that 87 people had been killed in a Russian attack earlier this month on a military base in northern Ukraine, in what would be one of the largest single recorded strikes of the war.

Ukraine, he said via videolink, "is paying dearly for freedom and independence and for this struggle".

Western countries have sent huge amounts of weapons and cash to Ukraine to help it repel Russia's assault, and punished Moscow with unprecedented economic sanctions.

But Zelensky said tens of thousands of lives would have been saved if Kyiv had received "100 percent of our needs at once back in February", when Russia invaded.

"This is why Ukraine needs all the weapons that we ask (for), not just the ones that have been provided," said Zelensky.

Later Monday, US Secretary of Defense Lloyd Austin announced that 20 nations pledged arms, ammunition and other supplies to support Kyiv.

Others, he said, were offering training for Ukraine's military.

Zelensky also called for an oil embargo on Russia, punitive measures against all its banks and the shunning of its IT sector, adding that all foreign companies should leave the country.

Numerous firms have already abandoned Russia, and US coffee giant Starbucks on Monday said it would close all its 130 cafes there, following a similar move by McDonald's last week.

Western support has helped Ukraine in many areas hold off Russia forces which, after initially moving on Kyiv, are now focused on securing and expanding their gains in the eastern Donbas region and on Ukraine's southern coast.

Ukraine's defence ministry on Monday reported "active hostilities" as Russia advanced with artillery and aircraft towards the eastern city of Severodonetsk and said there was also heavy fighting towards nearby Bakhmut.

In Kherson, the first major city to fall, the local administration announced the introduction of the ruble as the official currency, alongside the Ukrainian hryvnia.

More than six million people have fled Ukraine and eight million have been internally displaced since the war broke out, according to the United Nations.

For the civilians left behind near the front, prayer is often the only comfort left.

In Bakhmut, Maria Mayashlapak scanned the devastation of her home, where a missile imploded her kitchen and cratered her vegetable garden.

"I was reciting my morning prayer for God to keep me from getting hurt," the 82-year-old recalled, as the family's kitten mewed from somewhere in the rubble.

The impact of the war is also being felt far beyond Ukraine, particularly the impact of a Russian blockade that has left one of the world's breadbaskets unable to export its grain.

"It's savagery for one country to have food spoiling like this and for other people to be left poor and hungry," said Dmitriy Matulyak, a farmer near the Black Sea port of Odessa.

On Monday, the African Development Bank said it had approved a $1.5-billion emergency programme to alleviate the impact of worsening food insecurity, as the continent faces a shortage of at least 30 million metric tonnes of food. 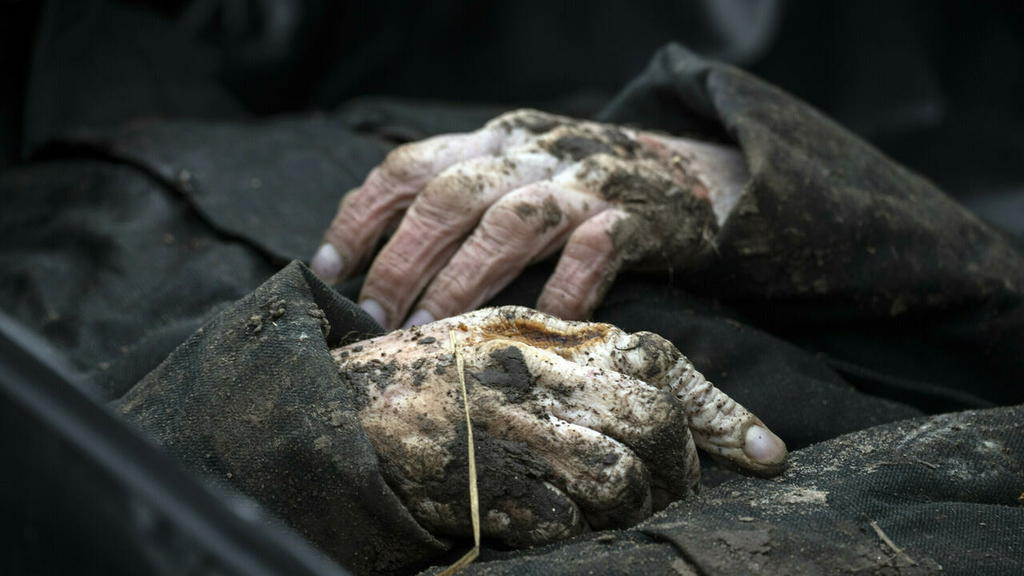 War crimes verdict due in Kyiv court; Russian eastern offensive intensifies
A verdict is due on Monday in the Ukraine conflict's first war crimes trial. The hearing in Kyiv, a public…

Radio France Internationale
From analysis to the latest developments in health, read the most diverse news in one place.
Russian soldier sentenced to life at Kyiv war crimes trial