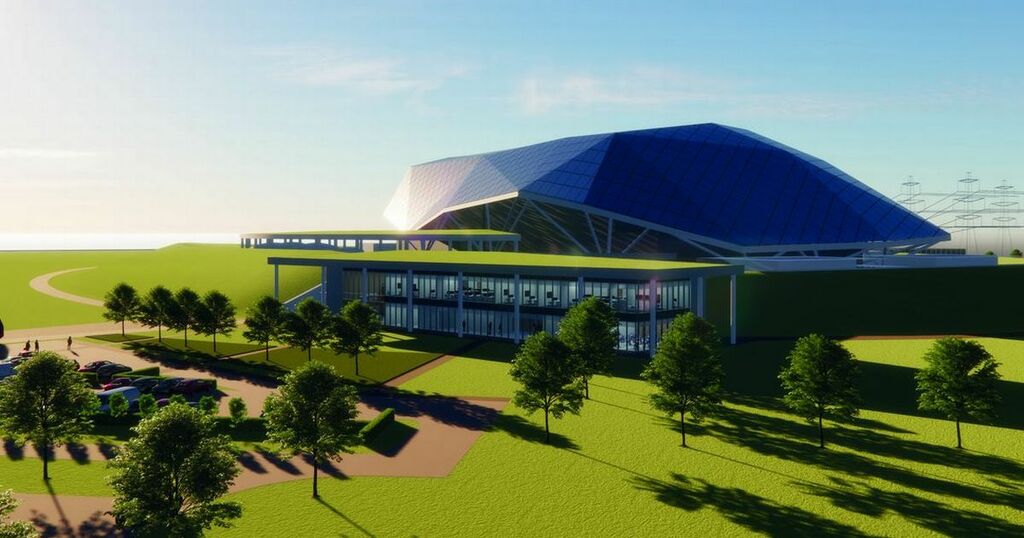 During his visit to north Wales on Thursday, Kwasi Kwarteng said that during the early stages of building a reactor…

The protest in Suffolk came days after ministers delayed a decision on plans for the new plant.

The business secretary has hailed the start of “a British nuclear renaissance” as the government launches a new fund to encourage overseas investment into the sector.

Kwasi Kwarteng said the new £120 million Future Nuclear Enabling Fund would help drive down the cost of nuclear power by attracting new players into the market.

“Nuclear is central to our long-term plan to bolster the UK’s energy security with cheaper, cleaner, home-grown power, while creating thousands of high-skilled jobs across our country,” Kwarteng said.

“By encouraging new companies to come forward and build in Britain, we can spur greater competition in the market to cut development costs so consumers benefit in the long-term.”

The new fund, launched after the publication of the government’s energy security strategy last month, will provide grants to developers to help kick-start new projects, including small modular reactors (SMRs), which are seen by many as the future of the industry.

The grants are meant to de-risk early investment into projects and encourage more companies to consider developing here.

Energy minister Greg Hands said: “This Fund will accelerate the development of new nuclear – from SMRs to larger-projects – and bring fresh innovation into the market.”

The government today also appointed Simon Bowen, the former chief executive of Babcock’s nuclear division, as the first head of Great British Nuclear, a new public body set up to champion the industry.

Nuclear power is a key part of the government’s energy strategy. Boris Johnson declared last week that nuclear will be “absolutely crucial to weaning us off fossil fuels, including Russian oil and gas.”

Johnson has said he wants Britain to build one new nuclear reactor a year, rather than the current rate of one a decade, and has set a target of tripling the UK’s nuclear power capacity by 2050. That would see nuclear power stations eventually delivering a quarter of Britain’s power.

To reach that ambitious target, the government must reverse decades of decline. Output hit its lowest level since 1982 last year, according to analysis by Carbon Brief. It is likely to fall further in the coming years as the number of reactors being decommissioned outpaces the number of approved developments.

The Future Nuclear Enabling Fund forms part of efforts to reverse that trend. The government has earmarked £2 billion for nuclear investment this parliament, including £100 million to support the development of Sizewell C, the long-awaited new reactor in Suffolk, and £210 million for SMRs. SMRs are smaller reactors that can be shipped from a factory to sites where they can be assembled, cutting down on costs.

Britain’s Rolls-Royce is one of the company’s leading the way in SMR development and is hoping for approval of the first working projects by 2024.

Hands said: “This government is backing nuclear power as a critical part of our British Energy Security Strategy.”

During his visit to north Wales on Thursday, Kwasi Kwarteng said that during the early stages of building a reactor…

The protest in Suffolk came days after ministers delayed a decision on plans for the new plant.