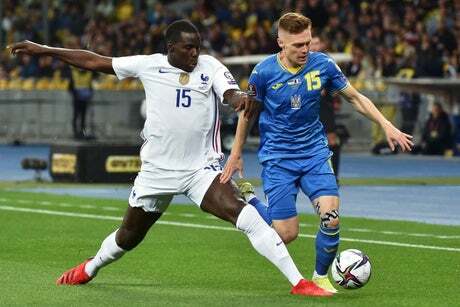 After a summer West Ham fans spent worrying that their club would not do enough in the transfer market, the final days of the window brought much-needed options for David Moyes but one new face stands out above the rest.

The deadline-day signings of Nikola Vlasic and Alex Kral provide alternatives in midfield for Moyes. However, it it is the addition of Kurt Zouma from Chelsea that can make a real difference as West Ham’s schedule heats up following the international break.

West Ham face seven games in 23 days before the next international break, in October. After a trip to Southampton tomorrow, West Ham begin their Europa League group stage campaign at Dinamo Zagreb on Thursday before facing Manchester United twice in four days across the Premier League at Carabao Cup.

Zouma, who has signed a four-year deal with the option of a further two years following his £29.8million switch, has the potential to be a game-changing presence at the back for Moyes.

West Ham’s forward line have made a flying start to the season, with 10 goals across their opening three games, but there have been concerns in defence, meaning Moyes will be hoping for an instant impact from Zouma.

Craig Dawson proved a shrewd addition on loan from Watford last season before making his move permanent, but the 31-year-old has never been a long-term solution at the back and cracks have started to show.

There were wobbles late last season after a stellar start to his career as a West Ham player, and they appear to have slipped into the new campaign with mistakes at Newcastle and in the 2-2 draw with Crystal Palace before the break.

Moyes had little option but to start Dawson alongside Angelo Ogbonna. Issa Diop is not fully trusted by his manager and Fabian Balbuena left the club at the end of his contract over the summer. The next option is 17-year-old Jamal Baptiste.

Moyes has often eased in new signings but with Zouma’s experience and big games coming up thick and fast, he will hope the Frenchman, who returned from international duty to meet his new team-mates for the first time yesterday, can settle quickly.

Zouma not only bolsters West Ham’s ranks, but is a sign of the new market in which they are now shopping. Moyes warned throughout the window that, following the success of last season, he was looking to sign a higher level of player than 12 months ago.

They have that in Zouma, fresh from a Champions League triumph at Chelsea. That European pedigree will prove vital. West Ham have been drawn in a Europa League group alongside Dinamo Zagreb, Genk and Rapid Vienna.

With talents such as Zouma in their ranks, Moyes will be expecting nothing less than safe progress.