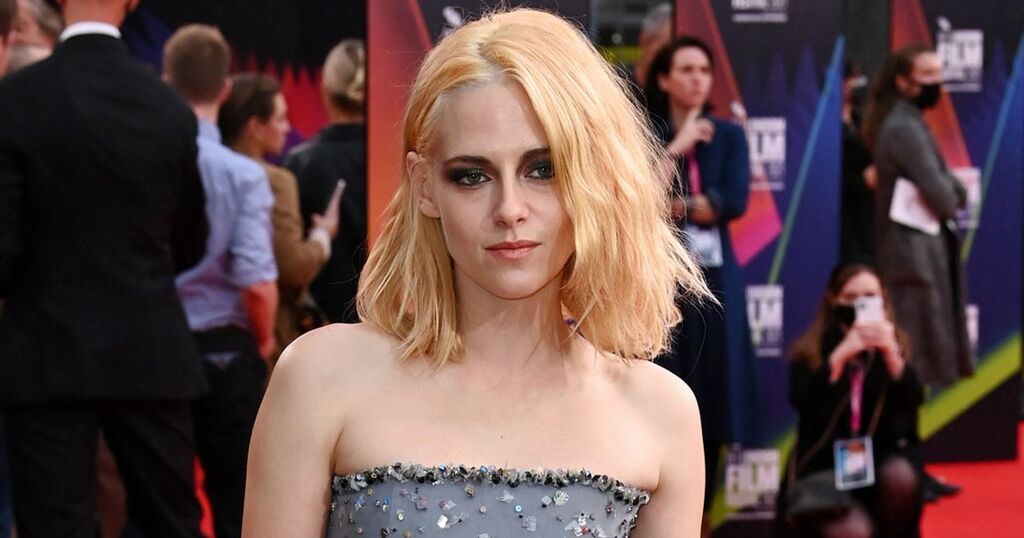 Twilight actress Kristen Stewart looked glamorous as she arrived at the premiere of Spencer on Thursday night.

The 31-year-old, who is one of the world's highest-paid film stars, wore a strapless silver gown to make her debut on the red carpet at The Royal Festival Hall in London.

She certainly made an entrance in the figure-hugging dress, which was covered in sparkles, as she posed for the cameras.

Kristen - who was criticised last year after it was announced she had been chosen to portray Princess Diana in the forthcoming film - wore her peach coloured shoulder-length hair down and added dark makeup to compliment the dress.

She added a pair of strappy stiletto heels to top off her outfit, which caught the attention of fans in the crowd.

It was confirmed back in June 2020 that Kristen - best known for playing Bella Swan in Twilight - was selected to play the role of the late Princess of Wales.

The film centres around three days in the 1990's when Diana joined the royal family for Christmas at the Queen's Sandringham Estate.

Fans of Princess Diana were not pleased to hear that American actress Kristen had been chosen as the main star.

Taking to Twitter at the time, one fan wrote: "They look nothing alike. Odd casting choice. Why didn't they choose a British actress?

"I don't know - her upbeat, sparkling personality might be a little too much for the role."

While another penned: "I'm so sorry Princess Diana. Tragedy.

"Stewart is an interesting actor but I don't think she can pull this one off...there is such a thing as range and proper casting."

Meanwhile, others agreed that Stewart is the perfect match for the role.

One said: "Glad the casting agent made such a bold choice, I'm tired of the same females getting all the interesting parts."

As another quipped: "Yesss. She'll do great. Very underrated actress," alongside a heart emoji.

The script for Spencer is written by English screenwriter Steven Knight, who is best known for creating BBC drama Peaky Blinders.

The new movie, set for release on November 5, was framed as a "fable from a true tragedy".

It follows the tragic Princess of Wales' story realising she "needed to veer from a path that put her in line to one day be queen."

The epic story is set to take place over three days during one of Diana's final Christmas holidays at the House of Windsor in their Sandringham estate in Norfolk, England.