The gloating began just days after the missiles began falling on Ukraine. “Get ready for Nuremberg 2.0,” one former Russian diplomat wrote in a WhatsApp message. Vladimir Putin’s invasion to “denazify” the country has always pointed toward a purge and show trials. Now Moscow may seize on that chance.

As Russia holds hundreds of prisoners from the Azovstal steelworks in Mariupol, its proxies in east Ukraine have floated the idea of holding a “military tribunal” inspired by Nuremberg that observers say would reflect a mass show trial meant to justify Russia’s invasion to the world.

“We are planning to organise an international tribunal on the republic’s territory,” said Denis Pushilin, the leader of a Russian-controlled territory in the Donetsk region. A model could be the Kharkiv trial of 1943, he said, when the Soviet military tried, convicted and executed three Germans and one Ukrainian by hanging. One key audience was the world press. Photos of the hangings were printed in Life magazine.

Whether the Kremlin will follow through with such a gruesome spectacle remains unclear, but the idea has found backers in the foreign ministry and among top MPs who have angrily declared that there should be no prisoner exchanges of the soldiers captured in Mariupol. The head of annexed Crimea said that a tribunal in Russian-occupied east Ukraine, where local authorities support the death penalty, would serve as a “lesson for everyone who forgot the lessons of Nuremberg”.

The signalling of a great political trial has raised fears that Russia is about to pass yet another grisly landmark in its reliving of the second world war, simulating a triumphant legal process that would taint the legacy of the Nuremberg verdict. One expert called it an Orwellian distortion of the postwar language of human rights.

It would be “a political trial whose aim is to present a particular narrative about the war that supports the argument about denazification that Putin has been putting forward, that supports his claim that Ukraine is being run by Nazis and that supports his claims that there are direct links between the Ukrainian collaborators during the second world war and Ukrainian soldiers today”, said Francine Hirsch, a professor of history at the University of Wisconsin-Madison and the author of Soviet Judgment at Nuremberg: A New History of the International Military Tribunal after World War II.

“I think it’s going to be used to try to present what we in the west understand as a fiction as if it’s a reality. That’s what show trials do.”

With a growing focus on Russian war crimes in Ukraine, including an international investigation into the massacre of civilians in towns such as Bucha, some observers believe that Moscow may launch a military tribunal as a counter-process as more atrocities are revealed.

“They’re trying to create a counterbalance because of all the talk of the international criminal court and the Ukrainian prosecutions” for war crimes said Philippe Sands, a professor of law at University College London and author of East West Street: On the Origins of Genocide and Crimes against Humanity.

“I suspect … they’re creating another form of leverage for what’s going to come in due course.”

Sands has been part of an effort now under discussion to form a special criminal tribunal to try Russia for the crime of aggression, a charge that was originally coined at the Nuremberg trials of 1945-46 by a Soviet lawyer as “crimes against peace”.

He said there was an irony to Russia’s embrace of a Nuremberg-style process that would ignore any charges for launching an illegal war against Ukraine.

“For me, the crime of aggression is the beating heart of this whole issue,” said Sands. “At the end of the day, if Putin had not gone to war, none of the other crimes would have taken place.”

As part of the history of the second world war, the Nuremberg trials remain a deeply personal issue for the Kremlin. The decision to propose a military tribunal is a dive deeper into what one former adviser called a historical “mania”, where terms like “denazification” are seen as having the potential to mobilise the Russian public.

The Kremlin “thinks this is what the public wants to see … to feel themselves a part of history”, said the former adviser, who has worked with Putin.

He also said he believed that senior officials had bought into their own propaganda about the resurgence of nazism in the west.

History appears to be the wellspring for both the Kremlin’s propaganda and state policy. Nikolai Patrushev, the head of Russia’s security council and a top Putin ally, said in an interview this week that its policies for the “denazification” of Ukraine were exactly the same as in Nazi Germany in 1945.

The Nuremberg trials that convicted Nazi war criminals reflected the political divisions of the times. Western representatives were concerned that the Soviets treated them as a repeat of their own show trials of the 1930s. The Soviet judges were appalled when Winston Churchill gave his famous “iron curtain” speech about the menace of communism while the trial was in progress.

Today, Russia has wielded the trial as a shield against accusations of the crimes under Stalin. After the European parliament condemned Russian state propaganda in 2019 for “whitewashing communist crimes and glorifying the Soviet totalitarian regime”, Putin shot back that the statement “challenged the conclusions of the Nuremberg trials” and could “undermine the foundations of the entire postwar Europe”.

Now there are new concerns that Russia could use a tribunal modelled on a glorious past to whitewash its new invasion of Ukraine.

“If these kinds of things happen we need to be ready for it and journalists need to really think about how do you cover this,” said Hirsch. “How do you cover something that you know is play-acting but is deadly?” 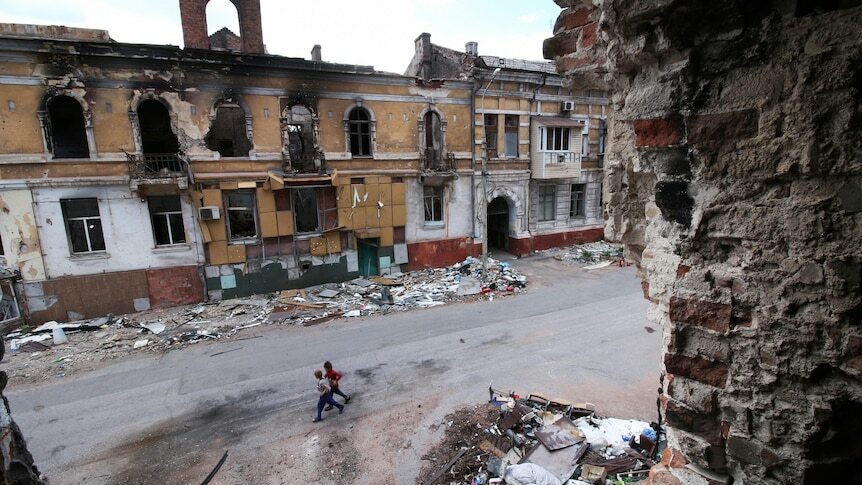