Kremlin Calls Talks with US, NATO So Far 'Unsuccessful' 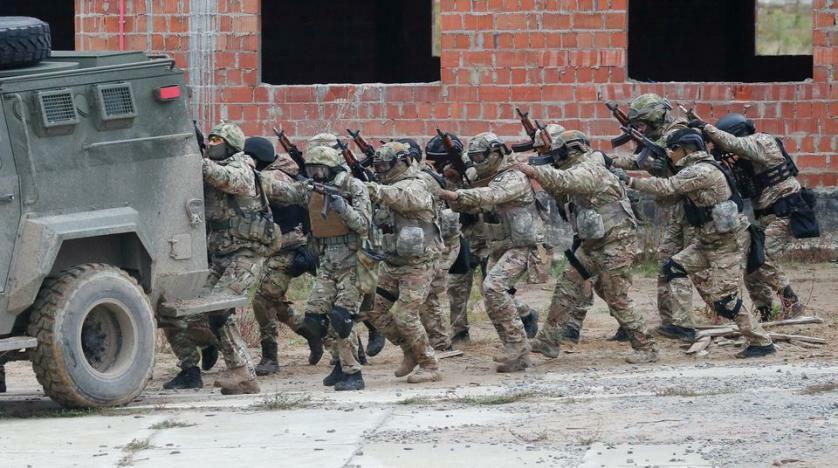 The Kremlin on Thursday gave a bleak assessment of Russia's security talks with the United States and NATO this week, describing them as "unsuccessful" and saying there was disagreement on fundamental issues.

Kremlin spokesman Dmitry Peskov also said Moscow viewed a sweeping sanctions bill unveiled by US Senate Democrats "extremely negatively" and that its timing meant it looked like an attempt to put pressure on Moscow.

Peskov said two rounds of talks so far this week between Russia and the West had produced some "positive nuances" but that Moscow was looking for concrete results, not nuances.

The talks, which moved to Vienna on Thursday for a meeting of the Organization for Security and Cooperation in Europe, are centered around an array of security demands that Moscow has made of the West, while building up forces near Ukraine, Reuters reported.

The proposed sanctions legislation, backed by the White House, would target top Russian government and military officials, including President Vladimir Putin, and key banking institutions if Moscow engages in hostilities against Ukraine.

Peskov said imposing sanctions on Putin would be tantamount to severing relations between Moscow and Washington.

"We view the appearance of such documents and statements extremely negatively against the background of an ongoing series of negotiations, albeit unsuccessful ones," Peskov told reporters.

The proposed measures "do not contribute to a constructive atmosphere in these negotiations," he said.

Russia has spooked Kyiv and the West by massing troops and hardware near Ukraine, sparking fears that it is considering invading. Moscow denies any such plans and says it can deploy forces on its territory however it chooses.

Moscow is seeking an array of security guarantees from the West including legally binding promises that NATO will never allow former Soviet Ukraine to become a member and that the alliance will pull back troops from former Communist states in central and eastern Europe that joined it after the Cold War.

The United States has dismissed these demands as "non-starters" but Washington and NATO have said they are willing to hold talks with Russia on arms control, missile deployments and confidence-building measures.