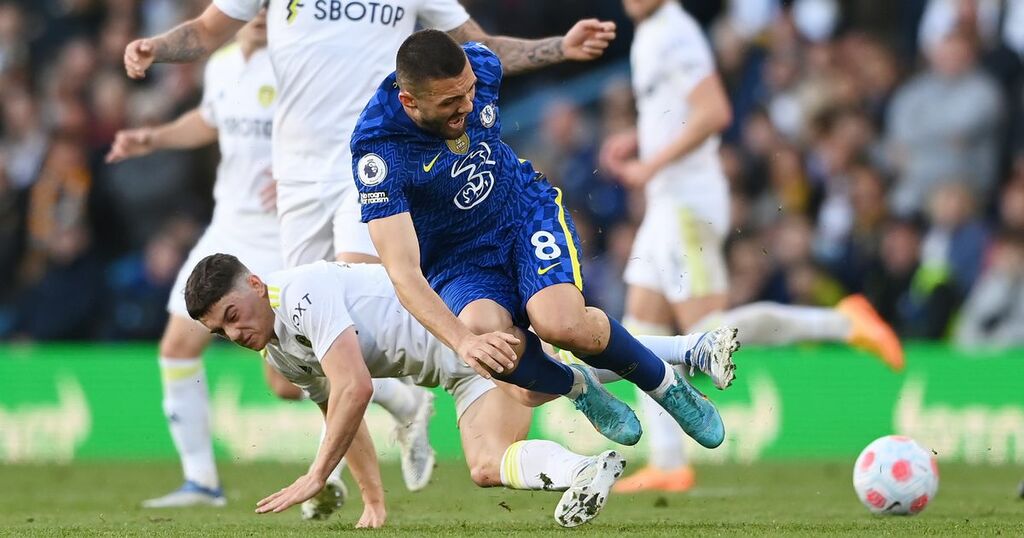 Chelsea injury news and expected return dates vs Liverpool: Kovacic, Kante, Alonso, Hudson-Odoi
Chelsea could be without a host of key players against Liverpool on Saturday afternoon at Wembley

A look at Chelsea's injury list before tonight's game

Evening Standard
PGA Championship 2022: When is it, field, are Tiger Woods and Phil Mickelson playing, latest odds and preview

Chelsea secured their first win in four matches with a 3-0 victory against Leeds United on Wednesday to further tighten their grip on a top four finish this season, but now comes Saturday’s FA Cup final against Liverpool in what is their final chance for silverware this season.

Unfortunately for Thomas Tuchel, his side couldn’t come away unscathed from their midweek triumph in Yorkshire, and he now risks being without four of his first team players for this weekend’s Wembley showdown.

Here is all you need to know about the current state of play at Stamford Bridge and the expected return dates for those on the sidelines.

Croatian midfielder Mateo Kovacic had only recently returned from injury but he is now back in the treatment room after picking up a recurring problem in his ankle against Leeds on Wednesday, in which he lasted just half an hour of the contest.

It comes as a major blow for the Blues ahead of Saturday’s FA Cup final and there are even fears that it could keep him out for the remainder of the season, considering Chelsea ’s final game is next Sunday.

Following Wednesday’s victory over Leeds, Tuchel said: "It looks swollen and painful. It's the same ankle he had injured already. It doesn't look good."

Do Chelsea have enough options to cover for Mateo Kovacic and N'Golo Kante? Let us know your thoughts in the comments section below.

N’Golo Kante was left out for a third successive match this week as he continues to recover from an unknown injury, which has not been specified since his last appearance against Man Utd on April 28.

However, the Frenchman seems to be nearing a return to first team action and it wouldn’t be a surprise if he was left out against Leeds for precautionary reasons, with Tuchel having one eye on their FA Cup final this weekend, where Kante can be expected to return.

Chelsea winger Callum Hudson-Odoi has been out of action since starting in the 3-2 victory over Luton Town in the FA Cup fifth round on March 2, before picking up an Achilles injury following his involvement in that match, which was followed by some lower back problems.

The 21-year-old has been ruled out of action ever since, while Tuchel confirmed last month that he was yet to join in with first team training. The German also confirmed that he won’t be rushed back, meaning he will most likely remain absent for the remainder of the season.

Speaking on April 19, Tuchel said: “With Callum, we take things day by day and week by week but it is not possible for him to join in with team training just yet. We will not rush him either."

Left-back Ben Chilwell remains out for the season after undergoing surgery for a torn ACL back in December, with his last appearance coming in the 4-0 victory over Juventus in the Champions League group stage that month.

The England international has begun his rehabilitation and stepped up his recovery in recent weeks, while Tuchel confirmed last month that he will begin training with the youth team, with the hope that he can link up with the rest of the squad by the end of the season.

Speaking on April 19, Tuchel said: "Ben will be able to join in team training with the youth, this will be his next step in the weeks and hopefully, he can join our training at the end of the season."

Chelsea injury news and expected return dates vs Liverpool: Kovacic, Kante, Alonso, Hudson-Odoi
Chelsea could be without a host of key players against Liverpool on Saturday afternoon at Wembley

A look at Chelsea's injury list before tonight's game