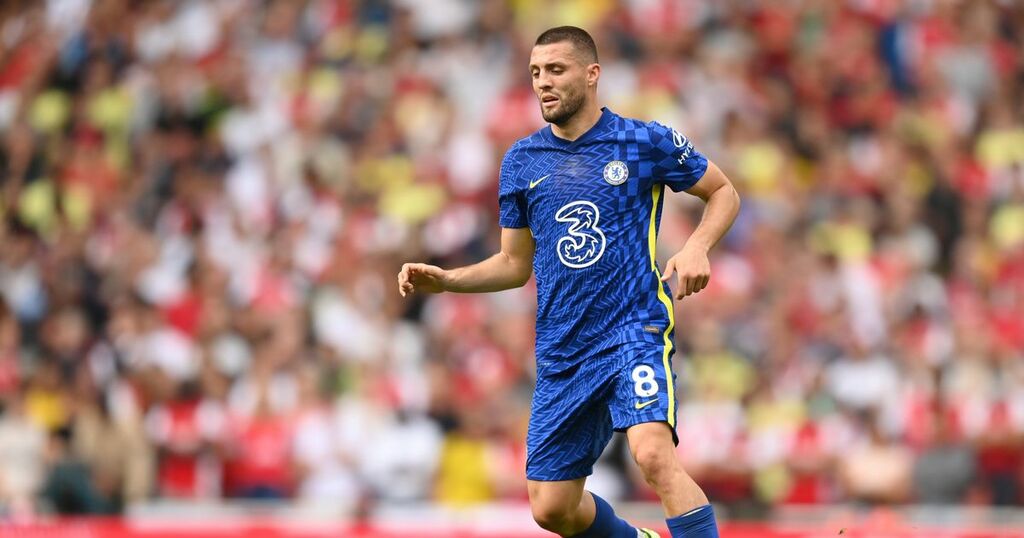 Chelsea will be looking to earn their third win of the season to continue their fine start when they host Aston Villa on Saturday.

The Blues currently sit in fifth in the Premier League after picking up seven points from their opening three matches, with victories coming against Crystal Palace and Arsenal.

Thomas Tuchel has tinkered with his side throughout the matches but could be forced to make further changes for the clash at Stamford Bridge.

N'Golo Kante is a doubt after picking up an injury in the 1-1 draw at Liverpool and he subsequently missed France's international fixtures, while Romelu Lukaku will undergo a scan on a thigh injury.

Another issue the German has is replacing Reece James, who was sent off at Anfield for handling the ball on the line, leading to Mohamed Salah's equaliser.

As things stand, Thiago Silva will miss the game against Villa after the Brazilian football authorities triggered a Fifa rule to prevent English-based players from playing this weekend, after Premier League clubs agreed to stop players from appearing for their country, if it meant travelling to red-list countries.

The Blues could, however, be boosted by the return of a few players, but those omissions could provide Tuchel with a selection headache heading into the late kick-off.

Edouard Mendy is the undisputed number one at the club and that will not be changing any time soon.

Tuchel has used Kepa infrequently to share the game time and keep competition high, but it's likely that the Senegal stopper will keep his place.

He has been in excellent form so far this season, conceding just once in their first three matches and also had to make a number of superb stops in the Super Cup against Villarreal.

There could be one or two changes in the back-line as Tuchel is forced to rotate his pack following James' red card at Liverpool.

This is a position that will need to be rectified and Callum Hudson-Odoi could slot straight in at right wing-back, having featured there in the win over the Yellow Submarine last month.

Cesar Azpilicueta may be pushed into a more advanced role after he did so in the FA Cup final, but Tuchel is perhaps likely to go with Hudson-Odoi and stick with the Spaniard at centre-back.

With Thiago Silva set to miss out, Antonio Rudiger and Andreas Christiansen should retain their places alongside Azpilicueta in a three-man defence after they performed resolutely on Merseyside.

Arguably the main question point is whether Ben Chilwell will replace Marcos Alonso despite the latter's consistent start to the campaign.

The former Leicester City man wasn't selected for England's international matches due to an apparent lack of game time and the left-back area appears to be a position Tuchel is still unsure about.

With Kante unlikely to be back to face Dean Smith's side, the Blues will have to make another enforced change from the side that begun their game at Liverpool.

Mateo Kovacic is expected to partner Jorginho in a midfield-two after he came on for the Frenchman in their last encounter and performed admirably, almost winning it with a chance of his own.

Ruben Loftus-Cheek and Mason Mount are other potential candidates to fill Kante's role should he miss out, but the Croatian will surely come in as a straight swap.

A midfield of Kovacic and Jorginho has appeared to strike the right balance for Tuchel in the past and was a partnership that helped them win the Champions League last season.

Goals haven't been an issue so far in 2021/22, with Chelsea hitting the back of the net six times and were boosted with the arrival of Lukaku from Inter Milan in the summer.

After scoring on his debut in the win at Arsenal, the Belgian was rather quiet against Liverpool and struggled to get many clear-cut opportunities after they went down to 10-men.

The news that Lukaku is having a scan to determine the extent of a thigh issue would have worried some supporters but he is set to be assessed before the match.

If he's fit, the ex-Manchester United man will surely start, with Mount and one of Kai Havertz or Timo Werner alongside them in a three-man front line.

Havertz has been preferred in the last two matches and scored in the draw at Anfield and is likely to retain his place, but Werner would probably come into the starting line-up if Lukaku is ruled out.