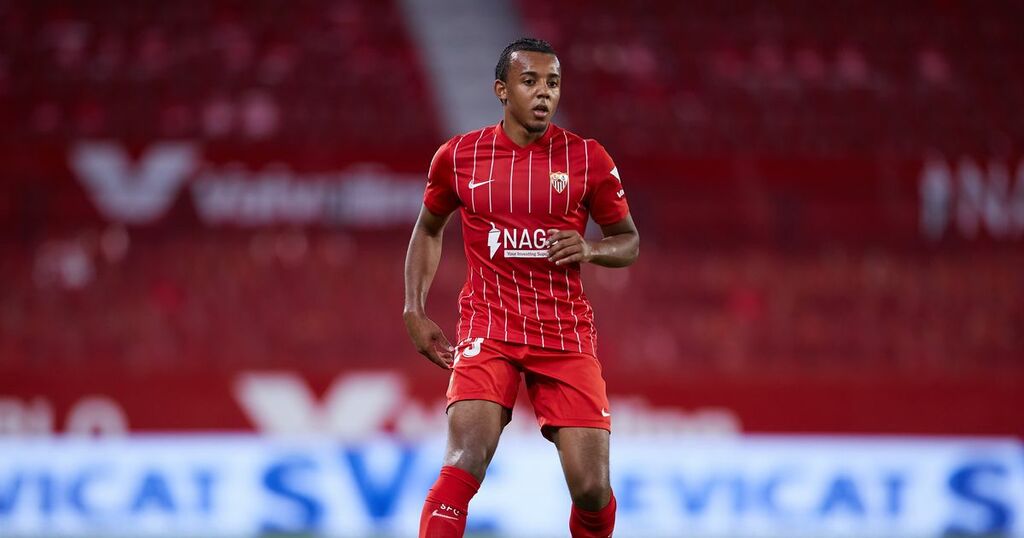 Chelsea fans have demanded Marina Granovskaia signs Jules Kounde in January after Thomas Tuchel's latest comments on the situation implied that the Blues came close to signing the Frenchman on transfer deadline day.

Kounde, 22, was eager to make the west London switch this summer, however, Sevilla's decision to back out of their £42million verbal agreement with the European Champions proved too costly for arguably one of the best centre-backs in Spain.

Clearly, the £68m rated player was left feeling frustrated with director of football Monchi and this was clear to see with his cryptic social media posts that he put up after the whole saga failed to follow through with his most desirable outcome.

As quoted by the Daily Express, the Sevilla director said: “There was a club that he liked, which was Chelsea. The first and only formal offer did not satisfy our desires and was conditional on Chelsea selling a player.

“It was an important offer, considering the current world where there are so many hardships, but it did not meet our demands, conditions, or quantities.”

Additionally, Sevilla manager Julen Lopetegui also added some context to the situation in explaining why the 22-year-old's move to the Premier League failed to come to fruition at the end of the transfer window.

In an interview with local outlet Diario de Sevilla, the former Real Madrid boss revealed: "[Jules] Kounde didn’t join Chelsea because our Sevilla board decided it was the right thing to do, based on the value of the offers.

"For me it’s positive - he’ll perform again at the top level.”

Kounde is now back in Sevilla training, with the aim of trying to put this personal disappointment behind him.

But with the situation cooling down as all focus now switches back to each clubs' respective league season's, manager Tuchel has made a surprising revelation in relation to just how persistent the Blues were in attempting to persuade the Andalusian-based club to part ways with one of their best players.

"It was clear we tried for Kounde and Saul and it was very, very late but it was a very, very smooth transfer window because I had full concentration on training and on my team," Tuchel said in his pre-match Aston Villa press conference.

"The amount of support of (technical and performance advisor) Petr Cech as a link, and together with Marina [Granovskaia, Chelsea director], was fantastic, so it was pretty relaxed with a good outcome because in the end it was possible to add Saul into the group, which was a key position for us to have more alternatives and to not put all the pressure on the three guys' shoulders.

"So there's a lot of competition now going on and it's my job to be a good moderator."

Is it guaranteed that Granovskaia and co. will reignite their interest in Kounde come the January transfer window?

Perhaps not, with the latest reports in Italy hinting that another name has come into the fray in the form of out of favour Juventus centre-half Matthijs de Ligt.

According to Calciomercato, they have claimed that the west London club would be willing to offer around £15m plus Werner for the centre-back, although it is unclear just how reliable those reports are.

Nonetheless, here is how a selection of Chelsea fans reacted on social media to Tuchel's comments on Kounde and the comparisons between himself and new target De Ligt.

@Opuni_CFC reckons: 'Sevilla will not lower the price for sure if the Chelsea board revives interest in Jules Kounde in the next window. It's so daunting now.'

@mailme2x thinks Tuchel's actions to comment on this failed transfer attempt is pretty significant: 'He don't talk too much about transfers so it's pretty revealing when he mentioned kounde.'

The debate then turned towards the comparison battle between the two Chelsea targets, with many opting for the 22-year-old instead of the former Ajax captain.

@CfcSarthak simply put: 'i would have kounde over de ligt.'

@andre_sapphire delivered a more brutal verdict of the Dutchmen: 'De ligt is a flop he was an overrated player, that Ajax system made him look good ,de ligt I just another version of pique, he is only good in a system like Ajax or barca ,but he is not a good defender overall.'

Finally, well known Chelsea fans @sanjeevjasani brought another centre-half into the equation when comparing Kounde and De Ligt to each other.

He tweeted: 'We need to find a way to retain Rudiger. He is a leader in the team and an influential character. But it seems difficult that he will stay as talks of Kounde and now De Ligt start doing the rounds. Whatever happens I believe in the process at Chelsea.'