Konami takes 'Castlevania' to new lows with an NFT auction 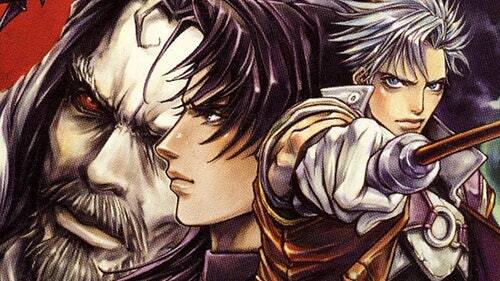 Last September marked the 35th anniversary of the release of the original Castlevania on Famicom, which is undoubtedly one of the most beloved games of the 8-bit era. Now, despite the fact that they missed the original date by around five months, Konami has announced that they're doing something “special” to celebrate the anniversary after all.

Unfortunately, Konami isn't going to do anything truly radical like announcing a new video game. (That would be unprecedented!) Rather, it's decided to auction off some of the series' most iconic artwork and music as NFTs. Obviously, this is exactly what fans were hoping to hear from one of the most storied Japanese developers out there.

Fill up the coffers —

If you're anxious to shell out a lot of money for the box art for Circle of the Moon — yes, really — the auction will be held on popular NFT platform OpenSea from January 12 to 14. The goodies on offer include three of the series' best ever songs, "Beginning," "Bloody Tears," and "Vampire Killer," as well as clips of Simon Belmont taking down all of the game's bosses with various subweapons for some reason.

As with all NFTs, it's hard to say what exactly you're getting for your money here. Sure, you will technically have a unique receipt that says you "own" a video or audio clip from a Castlevania game, but they're hardly original creations at this point. Konami also promises that the buyer of each NFT will have their nicknames listed on the company's website, but only for calendar year 2022. It's a hot deal, folks.

Given how Konami's poor treatment of its legacy franchises, this NFT initiative is sadly not that surprising. The greater video game industry continues to indicate that it prefers its tokens non-fungible with bizarre schemes like Ubisoft Quartz and auctioning off NPC slots to the highest bidder. (The S.T.A.L.K.E.R. 2 studio eventually nixed that one after fan outcry, though.)

At this point, developers seem determined to shove NFTs down the throat of the broader gaming audience, but who knows if it'll actually end up as anything more than a flash in the pan. For now, it's just a bit of free pachinko money.