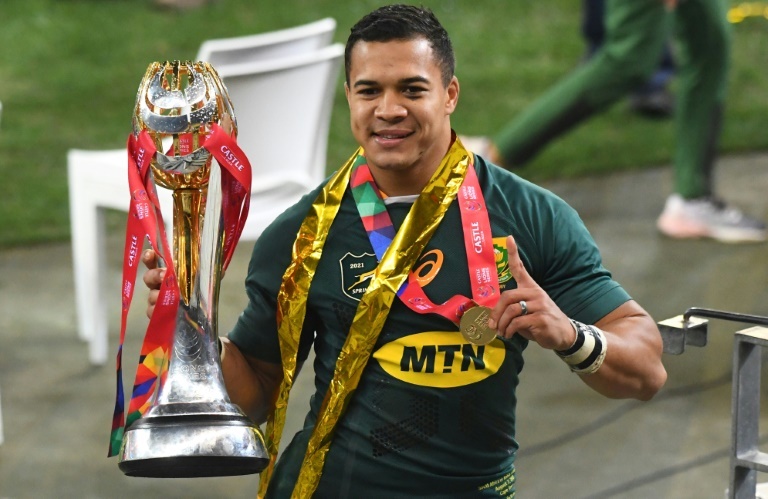 Paris (AFP) - Star South African winger Cheslin Kolbe is expected at his new club Toulon at the end of the week as he continues to recuperate from a knee injury picked up on international duty, the Top 14 outfit announced Monday.

Kolbe, bought out of his Toulouse contract in August for a three-year deal with Toulon, is yet to make his Toulon debut having been away with the Springboks at the Rugby Championship.

The 27-year-old, an integral part to the Boks' World Cup-winning squad in 2019, picked up a knee injury in training in early September.

That sprain "has had a bad evolution and his period of unavailability continued", Toulon said in a statement.

"Toulon's medical staff will now benefit from the winger/full-back's arrival to carry out various medical exams with the aim of a return to competition as soon as possible."

Kolbe is set to be unveiled before fans at the Stade Mayol on Saturday before the kick-off for Toulon's home Top 14 match against Racing 92.