Newcastle NRLW recruits Millie Boyle and Tamika Upton were "at the top" of the club's "wish list" for the upcoming season, Knights CEO Phil Gardner said.

The two players, formerly of the Broncos, were unveiled yesterday as the club's marquee signings for the 2022 competition, due to begin in August.

After failing to win a game in their inaugural season earlier this year, the Knights have landed two of the best in Boyle and Upton.

The duo won multiple premierships with Brisbane and excelled in the most recent season.

Boyle was a co-winner of the Dally M Medal, recognising the league's player of the year.

"What a day for the Knights," Gardner said yesterday, announcing the signings at Broadmeadow.

"We went out and looked for the most skilful players we could find in the game, and we looked for those women that had the character for which we could develop our club even further.

"The two women at the top of our pecking order, and our wish list, are sitting here with me today.

"They are not only two of the most skilful players in the game ... they are two of the best people.

"We are incredibly lucky as a club to have them."

In perhaps the first example of how the Knights' $25 million Centre of Excellence can be leveraged, Upton, 25, revealed she had been won over by the club during a tour of the new Broadmeadow training base.

"I was shown around by Clint Zammit and Danny Buderus, so it was amazing to see the facilities," she said.

"I got a video session with Blake Green cutting up some video from the [2021] season and Adam O'Brien gave his time and sat in. They gave me a lot of feedback, which I really appreciated.

"All the effort that they went through, I learned so much and walked out of here with a real good sense of what Newcastle was about."

Originally from Rockhampton, Upton is a fullback and played in Brisbane's 2019 and 2020 premiership-winning sides.

A Baradha woman, she made her Indigenous All Stars debut earlier this year.

Boyle was equally as attracted by the Knights' facilities and believes they will help the club secure players.

"I've never seen anything like it for a women's team," she said.

"To have access to the same things as the men, things like that are really important and I think in the long run it will pay off."

The Cobargo product, who averaged 198 metres per game last season, thought the Knights were competitive in their first year and believes the club will only improve second time around.

"They were a bit later to recruit than some of the other sides by being one of the newer teams in the comp," the prop forward said.

"It was tough for them but they always played well.

"I think having another couple of people here who have played at other clubs will really help." 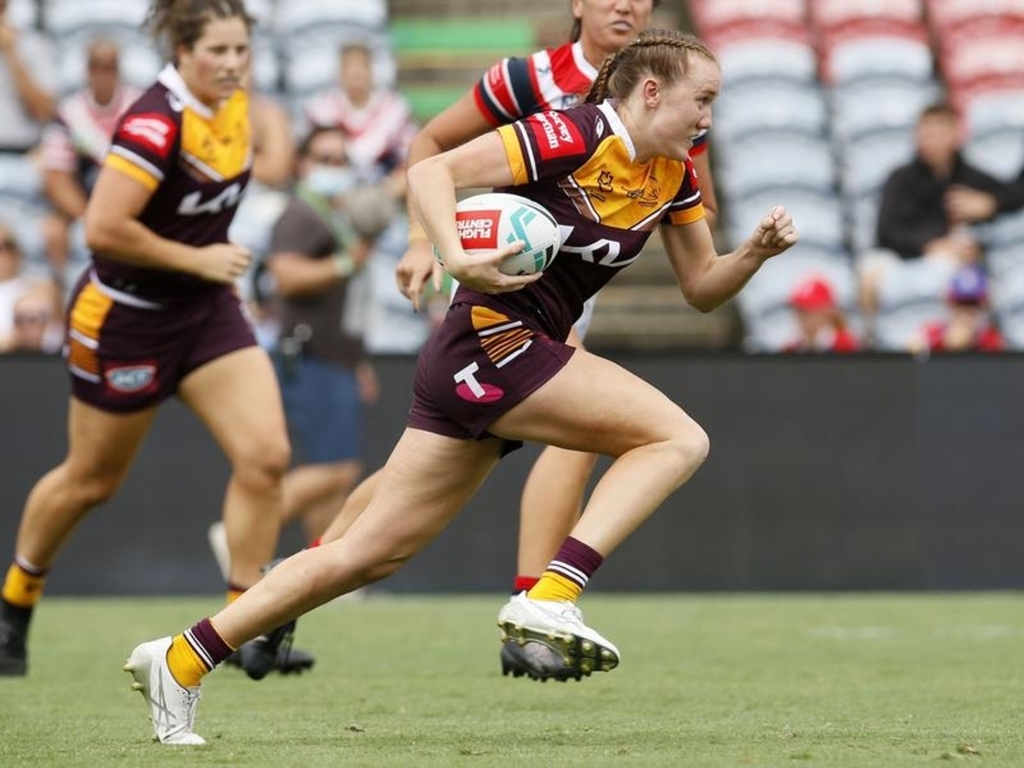 ABC News
'I'll do what I can': Boyle says of partner Adam Elliott joining her at the Knights